Is the Guardian Institutionally antisemitic? 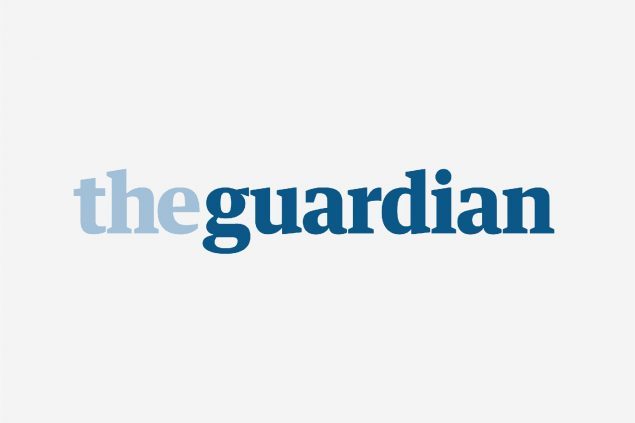 An introduction from Jewish Voices for Labour (JVL)

Jonathan Freedland has spearheaded the relentless Guardian attack on Jeremy Corbyn and the Labour Party for alleged antisemitism, for instance arguing recently that the “roots of Labour’s antisemitism lie deep within the populist left”.

Applying the very same criteria as Freedland, Jamie Stern-Weiner demonstrates that Guardian is clearly and visibly “attractive to antisemites.”

1. Freedland’s analogy does not work. Whereas the Vegetarian Society is single-issue, Labour is a mass movement which stands for a multifaceted programme of social transformation. Labour, unlike the Vegetarian Society, therefore attracts people who support certain of its principles and policies while being ignorant of, indifferent to, or opposed to others. What’s more, if someone harbours this or that anti-Jewish stereotype, it does not follow that antisemitism is what gets them out of bed in the morning—or, in the case at hand, that this stereotype is what determines their political affiliation. Is it not conceivable that, even as a single-mum struggling to provide for her kids thinks Jews are cheap, she might be supporting Labour because she lost her job, she can’t pay her bills, and she’s about to be evicted? In other words, the fact that a Labour member happens to harbour a racist, sexist, ageist, ableist, homophobic, transphobic, xenophobic, Islamophobic, or antisemitic prejudice doesn’t prove that’s why they joined the party.

2. If media coverage of Labour is to be believed, what surprises is not that Labour attracts so many antisemites but that it attracts so few. For more than three years, Labour has been depicted in the national media as an ‘institutionally racist’ party ‘led by racists’. If this description were true, one might have figured that antisemites would be flocking to Labour: here’s their big chance to vote Hitler into power! Yet survey evidence indicates that antisemitism is no higher among Labour voters than among Conservative voters and the general public, while, after years of organised efforts to expose ‘antisemitism’ within the Party, the proportion of Labour members who harbour hatred toward Jews so far brought to light approximates to zero. (Yes, zero.)

3. Shouldn’t Freedland first direct this inquiry to his employer? Poll findings indicate that the prevalence of ‘antisemitic’ stereotypes among Guardian readers approximates that among Labour Party voters.

Freedland might object that this criticism of the Guardian is selective to the point of misleading: the corresponding figures for right-wing newspapers were higher.

But Freedland already stated that such a defence ‘doesn’t wash’ since ‘Britain includes a fair number of meat-eaters, but you wouldn’t expect to find any in the Vegetarian Society’.

Freedland’s ‘key question’ must therefore be posed: Why would a newspaper that defines itself as anti-racist have attracted antisemites in the first place?

A key ‘deceptive move’ deployed in media coverage of antisemitism in the Labour Party has been to ‘hold the Labour leadership directly responsible for anything said by any party member—or even someone who claims to be a Labour supporter—on social media’:

To judge by the survey figures above, it would be child’s play to turn the same technique used by the Guardian and others to demonise the Labour Party against the Guardian itself: trawl Facebook and Twitter for damning quotes from that significant proportion of Guardian readers who harbour some or another stereotype about Jews, and drip-feed these to a hostile press to confect the impression of mounting crisis; dredge up and subject to the most sinister and hysterical re-interpretation every high-profile historical allegation of antisemitism against Guardian staff (there have been many—according to the Community Security Trust, in 2011, ‘the Guardian faced more accusations of antisemitism than any other mainstream UK newspaper’); condemn as ‘part of the problem’ every Guardian editor or journalist who denies that the paper is institutionally antisemitic—not least among them the long-time senior Guardian reporter and editor Seumas Milne, who now figures prominently in media allegations against the Labour Party; demand that any Guardian figure accused of antisemitism, or associated with someone accused of antisemitism, or ‘in denial over’ the Guardian’s institutional antisemitism, or associated with someone who is ‘in denial over’ the Guardian’s institutional antisemitism, be fired—and if they are not fired, consider this further proof that the entire Guardian edifice is ‘rotten’; insist that the Guardian adopt a controversial and politicised definition of antisemitism and then use this definition to incriminate ever-wider swathes of Guardian readers and staff; demand that all Guardian journalists be subjected to ‘training’ delivered by Jewish communal organisations and insist that the Guardian hand control over the firing of staff members accused of antisemitism to an external body; flood the Guardian reader’s editor with complaints about Facebook posts made by people who are or who claim to be Guardian readers and then cite delays in responding to these complaints as clinching proof of institutional antisemitism; finally, having pressed for procedural reforms to ‘root out’ antisemitism at the Guardian, proclaim in response to said reforms that the real problem is the Guardian’s ‘culture’ or ‘worldview’ and call for everyone involved in running it to be ‘removed from any significant role in public life’.

[Update 31.7.19: The first table originally aggregated Guardian and Independent readers. Table updated to show data from Guardian readers alone.]
Editors’ Note: While we don’t necessarily share the views we publish on New Cold War, we do attempt to provide readers with a range of views. This is because your right to make your own mind up depends on your being fully informed.
Share
Tweet
Share
Pin