In a recent television interview, Deniz Baykal has some harsh and controversial words for Shiites and Kurds — among others — regarding the Syrian city of Aleppo. The former leader of Turkey’s main opposition party [the conservative Republican People’s Party-CHP] raises hackles with what his critics say is sectarian rhetoric. 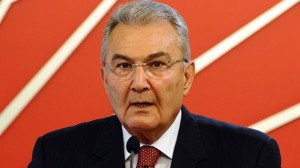 “Aleppo is a Sunni city. … Aleppo is a city where Sunni Islam has left its mark on every corner. We must seriously question the policy of leaving this city under Russian mandate to Assad’s army, to Shiite and [Syrian Alawite] forces,” Baykal said Feb. 15 during an interview on CNN Turk Channel. Baykal is the former chairman of the secular Republican People’s Party (CHP).

Since the beginning of the Syrian civil war in 2011, several Islamist groups and pro-AKP media have proclaimed the CHP to be a tool and collaborator of Syrian President Bashar al-Assad. No wonder a statement like this coming from Baykal sent chills down the spines of secular Turks, while generating jubilation among AKP supporters and jihadi groups in Turkey.

Intense criticism within his own party of Baykal’s sectarianism was brought up during the TV interview. Baykal denied the accusation and said “sectarian rhetoric disturbs me very much.”

Baykal is no stranger to criticism or controversy. He had to leave his post as CHP chairman in 2010 due to a sex tape allegation. Last year, he made the news for his opposition to Kemal Kilicdaroglu, who replaced him. Baykal has also made headlines for his renewed friendship with the AKP, particularly with President Recep Tayyip Erdogan.

After the CNN interview, social media saw an immediate influx of angry exchanges between Islamists and leftists. These reactions also confirm a trend in the making since the 1979 Iranian Revolution, when Turkish Islamists developed an appreciation for Tehran. The AKP also has gone out of its way to help Iran normalize its relations with the West, only to regret it later.

In the meantime, there have been significant changes among the Turkish left and secularists, who have feared the spread of the Islamic revolution for decades.

Al-Monitor inquired about this shifting balance with experts on Iran, Syria and Turkey. Safak Bas, an expert on Iran and a doctoral candidate at the Berlin Free University, said, “Baykal was applauded by AKP members and supporters because he voiced what’s on their minds. Baykal also went against his own party’s consistent stand of non-involvement in Syria.”

Alp Altinors, the pro-Kurdish Peoples’ Democratic Party (HDP) deputy chairman, expressed his concerns to Al-Monitor about the diminishing power of political opposition to Erdogan. He said, “Baykal’s interview overall shows that his sectarian and anti-Kurdish rhetoric is in sync with that of the AKP.”

Seasoned journalist Musa Ozugurlu, who has been reporting from Syria for the past six years, first highlighted that, factually, there was no Shiite invasion of Aleppo. He stated that Aleppo is a Sunni city that opposes Erdogan and supports the Assad family. So then why did Baykal make such a statement?

“If Erdogan or Davutoglu were to say this, it would not have caused such an impact. It is crucial to hear the sectarian rhetoric from a prominent member of the opposition,” Ozugurlu told Al-Monitor. “The government uses the word ‘Kurd’ to garner support from the ultranationalists, and ‘Shiite’ [to get support] from the Islamists in Turkey. The real military operations are against the Kurds because of the fear that a Kurdish state will spread in northern Syria and the southeast of Turkey.”

Kadir Akaras, chairman of the Ehli Beyt Scholars Association, did not mince words over the growing sectarian enmity. Baykal’s words on Aleppo “indicate that when it comes to the malice of sectarianism, there is no difference between so-called pious Muslims and leftists in Turkey,” Akaras told Al-Monitor. “The Shiite community knows this sort of sectarianism is dangerous; therefore, they are worried about the future.”

Akaras also noted that sectarian policies in the Middle East have backfired and generated a greater awareness of the suffering and resistance of minority Shiites and revolutionary Sunnis everywhere.

Ceyda Karan, a well-known foreign policy analyst for the daily Cumhuriyet, told Al-Monitor, “Despite repeated failures, Turkey’s Syria policy does not seem to change. Yet the main opposition party [CHP] — which claims to have a secular, nonsectarian approach — should not accept such rhetoric.”

Karan’s point is valid, considering that at the end of January, Savci Sayan, a close associate of Baykal and former CHP member who switched over to the AKP, claimed the “CHP has been taken over by Alevis.”

The Turkish left, which has traditionally been wary of Iran, has recently been more reconciliatory toward Tehran.

“A few years ago, who would have imagined that the Iranian foreign minister would have an op-ed published at the [left-leaning] daily Cumhuriyet? We owe this to the AKP,” Iran expert Bas told Al-Monitor. “Two decades ago, Iran was seen as the center of backwardness, but now stands as the symbol of resistance toward Western imperialism and Saudi colonialism among the Turkish leftists.”

Bas added, “Whether or not this is a healthy stand for the Turkish left-wing movement is a matter for discussion. Increasing Sunni sectarianism and Islamist movements paved the way for Alevis and leftists to view Iran more amicably.”

Ozugurlu concurred with Bas, noting that prior to the Syrian civil war, the Turkish left “viewed Iran only through the lens of religion.” He added, “After experiencing AKP rule for over a decade, they saw the difference between the two religious approaches.”

For decades, Turkish Islamists admired Iran, yet now Iran-phobia is spreading among them, while Turkish leftists are approaching Iran more positively. Perhaps the best response to Baykal’s controversial statement came from another CHP lawmaker, Eren Erdem, who tweeted, “Aegean Sea belongs to fish. Aleppo belongs to Aleppans — [not to a sect].” 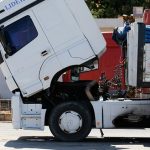 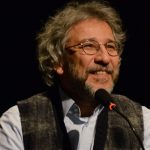