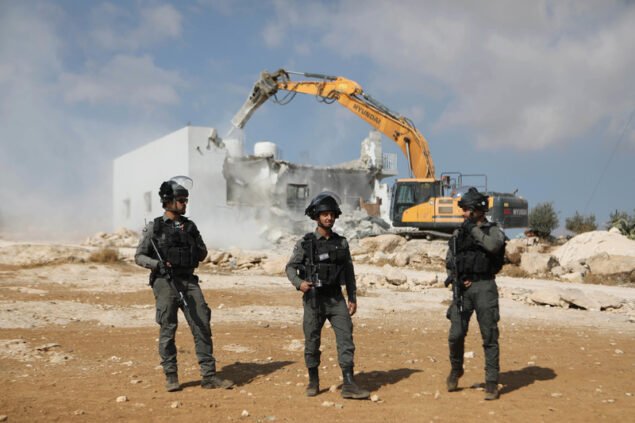 Meanwhile, the European Union continues to cover for its friends in Tel Aviv. This indicates a split between Dublin and Brussels over how to handle the matter.

“We have asked for, as has the EU, the evidence basis for designating those” nongovernmental organizations, Coveney told The Jerusalem Post during a visit to the apartheid state on Tuesday.

But “we have not gotten any credible evidence to link the NGOs to terrorism, certainly not that I have seen,” Dublin’s top diplomat added.

The staunchly pro-Israel Coveney is no friend of Palestinian rights.

Pleased to welcome Ireland's FM @SimonCoveney today. We discussed the need to strengthen relations between our countries in new and creative directions. Optimistic that there is a desire for a relationship based on mutual respect.🇮🇱🇮🇪 pic.twitter.com/iwx0PdHTa6

Yet even his patience is being tried by Israel’s claim last month that the six groups – Al-Haq, Addameer, Defense for Children International Palestine, the Union of Palestinian Women’s Committees, the Union of Agricultural Work Committees and the Bisan Center for Research and Development – are channeling money to the Popular Front for the Liberation of Palestine.

Like every other Palestinian political party that resists Israel’s military occupation, Tel Aviv lists the PFLP as a “terrorist” organization.

A document Israel provided to Ireland “did not make the case for such a charge” against the six rights groups, The Jerusalem Post reported, citing the Irish foreign minister.

“Two organizations that we provide modest funding to and who are representing people predominantly in occupied territory in the West Bank have been now designated as effectively supporting terrorist organizations, and we would like to see the evidence base for that,” Coveney said.

Several of the rights groups receive funding from the EU or its member governments, and three of them are working with the International Criminal Court to advance its investigation of war crimes in the occupied West Bank and Gaza Strip.

In contrast to Ireland, the European Commission – the EU’s executive body – continues to cover for Israel.

The Electronic Intifada asked the EU’s foreign affairs spokesperson to confirm Coveney’s statement that the EU, like Ireland, had asked for but received no evidence from Israel backing up its claims.

“For the time being the EU is still engaging Israeli authorities for more information regarding the basis for the listings,” an EU spokesperson responded Wednesday.

There was no comment on what, if anything, the EU had received from Israel and whether it amounted to evidence.

In other words, the European Union is going to continue to pretend that there is fire behind the smoke Israel is blowing and that Israel will somehow magically come up with convincing evidence.

At least 10 days ago, Israeli “security” officials were telling media that the evidence they had against the groups was “ironclad.”

It surely would not take this long – as EU bureaucrats know well – for Israel to provide the supposedly solid evidence to its friends and allies.

But the one thing Brussels won’t ever do is risk angering Israel and its lobby by calling out their lies.

By endlessly indulging Israel, Brussels is endangering Palestinian human rights defenders who could face arrest or worse at any time, given that Israel considers them to be “terrorists.”

Israel’s designation of the groups as “terrorist” is a pretext for occupation forces to detain the groups’ staff, or shut down their offices and seize their assets at any time.

It is also aimed at demonizing, isolating and cutting off funds to those who document Israel’s violations.

The move has been overwhelmingly denounced by international human rights organizations.

Michelle Bachelet, the United Nations human rights chief, called it an “unjustified attack” on “some of the most reputable human rights and humanitarian groups” that have worked with the UN for decades. She called on Israel to immediately revoke the measure.

Brussels’ patience for Israel’s baseless smears seems to confirm that some EU officials are acting as advocates for Israel rather than serving the bloc’s member states.

Last week, The Electronic Intifada revealed that the EU embassy in Tel Aviv received advance warning from Israel of its plan to designate the Palestinian groups, but failed to share this information with EU member governments.

Shawan Jabarin, the director of Al-Haq, one of the oldest human rights groups in the Arab world, said the European Union was “not standing fully behind its values, its principles and also its partners.”

“It’s not just a financial matter. It’s also to fully stand behind them in the face of oppression and smear campaigns,” he told this publication.

It is Palestinians who will continue paying the price for the European Union’s deep complicity in Israel’s crimes and its attacks on those who attempt to hold it accountable. 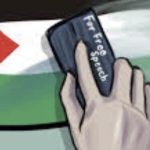 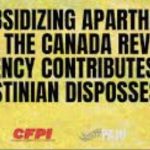