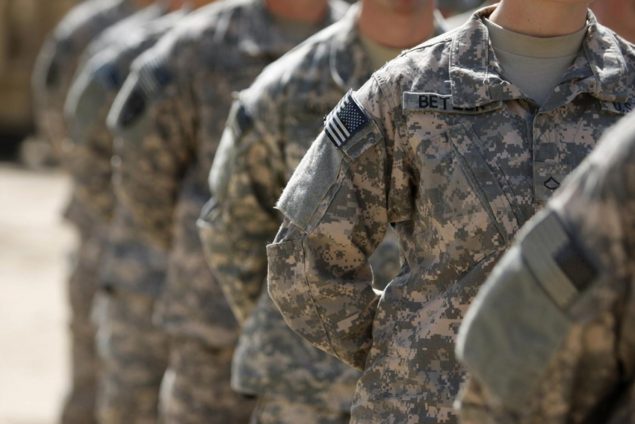 Iraq’s parliament passed on Sunday a resolution telling the government to end the presence of foreign troops in Iraq and ensure they do not use its land, air, and waters for any reason.

The United States, which on Friday assassinated Iran’s top general, Qassem Soleimani, in Baghdad, has roughly 5,200 troops in the country.

“The government commits to revoke its request for assistance from the international coalition fighting Islamic State due to the end of military operations in Iraq and the achievement of victory,” the resolution read.

“The Iraqi government must work to end the presence of any foreign troops on Iraqi soil and prohibit them from using its land, airspace or water for any reason.”

The passing of the resolution came as the military adviser to Iran’s Supreme Leader Ali Khamenei said that his country’s response to the killing of Soleimani would be a military one that will target “military sites”.

At the same time, former defence minister Hossein Dehghan told CNN on Sunday that his country was not seeking war with the US.

Iran-backed Hezbollah leader Sayyed Hassan Nasrallah said on Sunday that the US military in the Middle East would pay the price for the killing of Soleimani and that US soldiers and officers would return home in coffins.

Nasrallah, speaking in a televised addressed marking Soleimani’s death, said responding to the killing was not only Iran’s responsibility but the responsibility of its allies in the region too.

He said attacks on the US military presence in the Middle East would be “fair punishment” for the killing of Soleimani, listing US bases, naval ships and military personnel.

“When the coffins of American soldiers and officers begin to be transported… to the United States, [US President Donald] Trump and his administration will realise that they have really lost the region and will lose the elections,” Nasrallah said, referring to the 2020 US presidential election in November.

Nasrallah said such an approach would force the United States to withdraw from the Middle East “humiliated, defeated and in terror… as they left in the past”.

He also said that US civilians in the region “should not be touched” because doing otherwise would serve Trump’s agenda.

Meanwhile, the international coalition fighting Islamic State suspended operations against the terrorist group so its forces can concentrate on protecting US, UK and other troops at bases in Iraq, the Guardian reported on Sunday.

A statement from Operation Inherent Resolve said the US-led coalition was “fully committed” to protecting its bases in light of “repeated rocket attacks” from pro-Iranian militias over the past two months.

‘We have our own armed forces’

Parliamentary resolutions, unlike laws, are not binding on the government, but Iraqi Prime Minister Adel Abdul Mahdi had earlier called on parliament to end the country’s foreign troop presence.

“Despite the internal and external difficulties that we might face, it remains best for Iraq on principle and practically,” Abdul Mahdi said.

Since the killings on Friday, which also included the death of Iraqi militia leader Abu Mahdi al-Muhandis, rival Shia political leaders have called for US troops to be expelled from Iraq in an unusual show of unity among factions that have squabbled for months.

“There is no need for the presence of American forces after defeating Daesh [Islamic State],” said Ammar al-Shibli, a Shia lawmaker and member of the parliamentary legal committee, before the parliamentary meeting.

“We have our own armed forces which are capable of protecting the country,” he told the Reuters news agency.

Despite decades of enmity between Iran and the US, Iran-backed militias and US troops fought side by side during Iraq’s 2014-2017 war against Islamic State.

Abdul Mahdi, who holds the post in a caretaker role after resigning in November amid street protests, called on Friday for parliament to convene the extraordinary session to take legislative steps to protect Iraq’s sovereignty.

Hadi al-Amiri, the top candidate to succeed Muhandis, repeated his call for US troops to leave Iraq on Saturday during a funeral procession for those killed in the attack.

Many Iraqis, including opponents of Soleimani, have expressed anger at Washington for killing him and Muhandis on Iraqi soil and potentially dragging their country into another conflict.

Populist cleric Moqtada al-Sadr said the resolution to expel foreign troops did not go far enough and he called on local and foreign militia groups to unite.

“I consider this a weak response insufficient against American violation of Iraqi sovereignty and regional escalation,” Sadr, who leads the largest bloc in parliament, said in a letter to the assembly read out by a supporter.

Sadr said a security agreement with the US should be cancelled immediately, the US embassy should be closed down, American troops must be expelled in a humiliating manner, and communication with Washington should be criminalised.

“Finally, I call specifically on the Iraqi resistance groups and the groups outside Iraq more generally to meet immediately and announce the formation of the International Resistance Legions,” he said.