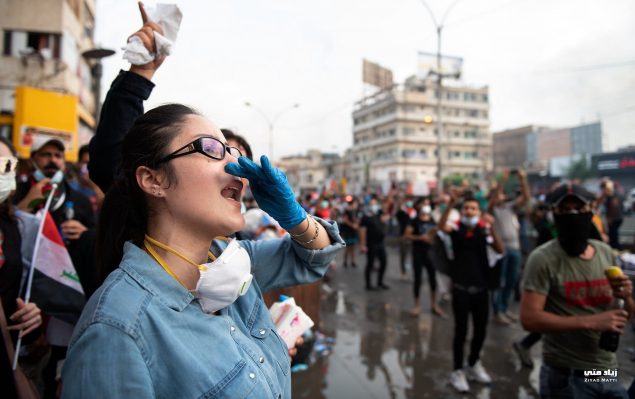 In the face of live artillery, mindless savagery, arrests, crackdowns, beatings, threats and murder in broad daylight, Iraqis — young, disenfranchised, marginalized women and men — have reclaimed sidewalks, streets, neighborhoods, cities, provinces, and maybe the entire country, carving out new community spaces where they did not exist before.

What is happening in Iraq right now is nothing short of magic.

It fills the heart like kubbat hamudh on a rainy day, and waters thirty skies like a Baghdadi love story rewriting itself every time two lovers kiss underneath the olive tree, and spoils the senses like Jiddu on your birthday, and breaks down walls with the firepower of Basrawi percussion, and elevates the soul like an angry Mawal breaking up the lifelessness of empty winter nights, and it is beautiful like a mother in Mosul planting flowers in her front yard.

In the face of live artillery, mindless savagery, arrests, crackdowns, beatings, threats and murder in broad daylight, Iraqis — young, disenfranchised, marginalized women and men — have reclaimed sidewalks, streets, neighborhoods, cities, provinces, and maybe the entire country, carving out new community spaces where they did not exist before.

They have taken over schools and city squares, occupied bridges and roads, baked bread on the streets to feed hungry protesters, treated burning eyes with homemade concoctions, pushed out snipers from high rises, inspired walkouts and strikes, and reignited the fire beneath the feet of millions that took to the streets, powered by the beats of unstoppable hearts.

More than 250 people have given their lives in a period of 28 days, and thousands more injured, all consumed by the multi headed monster that is the government of Iraq – a spiteful, hate spewing, greedy, incompetent puppet regime with a voracious appetite, always on the lookout to take a bite out of hope, life and the stars that color our eyes.

Young people, armed with nothing more than smartphones powered by courage, a choppy Internet connection strengthened by love, tuk tuksturned into ambulances, and makeshift signs scribbled with wary hands, have triggered a revolutionary movement that has crossed all “red lines,” burned down the death colored headquarters of foreign backed militia, stomped on the sanctity of a cowardly clergy and challenged the notion that Iraq is Dead. 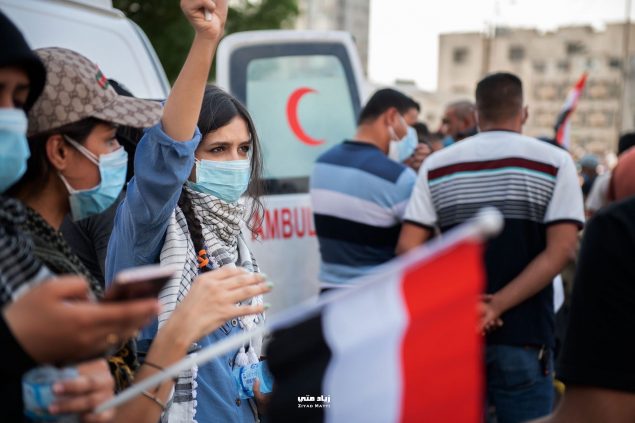 Ordinary people have spoiled the profit fueled destruction of Iraq.

Regardless of the immediate political outcome from this intifada, the throne upholding tyranny has been shook, power can no longer hide behind religion, tanks, oil fields and bank accounts; and earth shattering violence brought upon by the greedy machinations of America and her thugs, now feel tiny compared to the anger shaking the very pillars on which this imperialism is being built.

The people have spoken, and the powers that be are struggling to mute, co-opt or bastardize a clear, simple, powerful message — “We want a nation.” 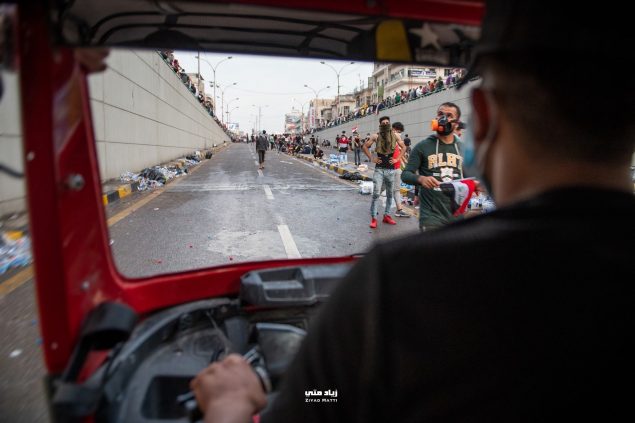 Not a flag, passport and a set of borders, but a nation that provides for the most vulnerable of its citizens, that rewards hard work, that recognizes brilliance, that inspires creativity, that reflects the aspirations of its most daring minds, and that provides safe, modern and inclusive spaces for people and the environment to thrive.

This movement, which sprung its bounties organically like a palm tree birthing dates in a famine, has also broken down borders and united a people separated by war and exile.

From Baghdad to Brisbane, Najaf to New York, Samarrah to Sodertalje, the chants and poetry of this revolution have filled the hearts of the most cynical, jaded, heartbroken Iraqis, many of whom have left their homes behind, forced to take to the streets of worldwide capitals to build a new home for themselves and their families, always one foot in exile, and one foot at home.

It is a movement that has changed the way people perceive their very own Iraqiness, challenging notions of sectarianism, classicism, sexism and self hate with a freshly baked anger love pretzel, served daily in the social media timelines of young and old, and on the streets of of Iraq’s life filled cities, feeding an insatiable appetite to build A Different Iraq.

It has returned power to students, thousands of whom have walked out en masse, and to workers, the list of striking unions growing by the minute, and to women who have always carried entire communities on their back, and to millions of young people that are tired of succumbing to a future of underemployment and poverty.

Metaphors fail to capture the way the sacrifices made by Iraqis over the last few weeks have inspired people to re-imagine Iraq, forcing everyone to ask themselves a million times, what does a nation, any nation, mean to me?

But, the streets of today are also on fire because of yesterday’s heat.

Decades of resilience have proved Iraq and Iraqis are unstoppable; whether it was their ability to make sure that American bombs didn’t kill them; or sectarian militias didn’t kidnap them; or rotten hospitals didn’t poison them; or leaky refugee boats didn’t drown them; or broken hearts didn’t tear them to shreds; they were always there; Iraq on their tongue, in their heart and wrapped around their very existence.

We all knew that Iraq would be back, refusing to die, jumping back from the grave that it was tossed in.

And this refusal to die is what the government, and its sugar daddies, fear the most.

And to those that continue to fight, we must find ways in our respective lives, whether we are in the heart of Baghdad, or on the outskirts of the world, to add fuel to the fire, to turn up the volume, and to make connections between the fight for a better life in Iraq and the same struggles for dignity in Lebanon, Chile, Palestine, Uruguay, Syria, Turtle Island or wherever ordinary people are refusing to stop demanding equality, justice and freedom for all.

Ahmed Habib is part of the shakomakoNET editorial team