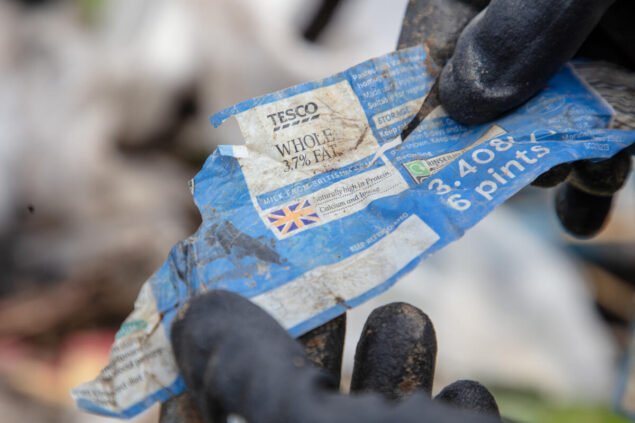 The results of a Greenpeace investigation released today [May 17] reveal that Europe is still dumping plastic waste on other countries. New photo and video evidence shows that plastic bags and packaging from the UK and Germany are being dumped and burned across southern Turkey.

London, United Kingdom – The results of a Greenpeace investigation released today reveal that Europe is still dumping plastic waste on other countries. New photo and video evidence shows that plastic bags and packaging from the UK and Germany are being dumped and burned across southern Turkey.

Today’s Greenpeace UK report features shocking photos of British grocery packaging in piles of burning and smoking plastic, three thousand kilometres away from the shops where the products were sold. Also published today is a Greenpeace Germany document featuring new analysis of plastic waste exports from Germany to Turkey. Packaging from German supermarkets such as Lidl, Aldi, EDEKA and REWE was found. In addition plastic waste from products of the brands Henkel, Em-eukal, NRJ and Hella.

“As this new evidence shows, plastic waste coming from Europe to Turkey is an environmental threat not an economic opportunity. Uncontrolled imports of plastic waste do nothing but increase the problems existing in Turkey’s own recycling system. Around 241 truckloads of plastic waste come to Turkey every day from across Europe and it overwhelms us. As far as we can see from the data and the field, we continue to be Europe’s largest plastic waste dump,” said Nihan Temiz Ataş, Biodiversity Projects Lead from Greenpeace Mediterranean, based in Turkey.

At ten sites dotted around the Adana province in southwestern Turkey, investigators documented piles of plastic waste dumped illegally by the roadside, in fields or spilling into waterways and floating downstream. In many cases the plastic was on fire or had been burned. Plastic from the UK was evident at all of these sites, and plastic from Germany was found at most of them. It included packaging and plastic bags from seven of the top 10 UK supermarkets such as Lidl, M&S, Sainsbury’s and Tesco, as well as other retailers such as Spar. German plastic included a bag from Rossmann, Snack Wurfel, Ja! and peach water packaging.[1]

At least some of the plastic waste had been dumped recently. At one site, packaging for a COVID-19 antigen test was found amongst bags of UK plastic, indicating that the waste was less than a year old. Recognisable brand names on packaging included Coca Cola and PepsiCo.

“It is appalling to see our plastic in burning piles on the side of Turkish roads. We must stop dumping our plastic waste on other countries. The heart of the problem is overproduction. Governments need to take control of their own plastic problems. They should ban plastic waste exports and reduce single-use plastic.  German trash has to be treated in Germany. Recent news talk about 140 containers full of plastic waste from German households sitting in Turkish ports. Our government has to take them back immediately,” said Manfred Santen, Chemist at Greenpeace Germany.

“The UK’s current approach to plastic waste exports is part of a history of environmental racism carried out through dumping toxic or hazardous pollutants. The impacts of plastic waste exports on human health and the environment are disproportionately felt by communities of colour. These communities have fewer political, economic, and legal means to oppose toxic dumping, so companies can act with impunity. As long as the UK avoids properly managing and reducing its own waste, it will be upholding this structural inequality. The UK government wouldn’t allow other countries’ waste to be dumped here, so why is it acceptable to make it another country’s problem?” said Sam Chetan-Welsh, political campaigner at Greenpeace UK.

Ever since China’s ban on exported plastic waste in 2017, Turkey has seen a huge rise in waste coming from the UK and elsewhere in Europe.[2] Greenpeace is calling on companies and governments to end plastic pollutionand toxic waste dumping. 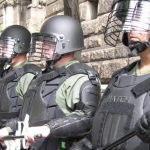 From Palestine to Colombia: The End of the White World Colonial/Capitalist Project?Foreign intervention, Northern exceptionalism 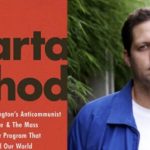