Russian lower house MPs, together with human rights officials, have called on international organizations to investigate alleged political repression, torture and summary punishment used by the current authorities in Ukraine.

A letter on the issue was sent to the secretary general of the Organization for Security and Cooperation in Europe (OSCE) , the OSCE Office for Democratic Institutions and Human Rights, and the head of the Parliamentary Assembly of the Council of Europe (PACE), Russian daily Izvestia reported on Monday, quoting sources in the Russian parliament. 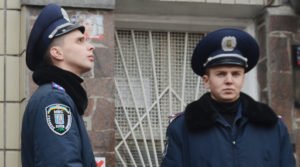 Russian lawmakers, diplomats and members of the Presidential Council for Human Rights say the step was prompted by recent statements from the United Nations Subcommittee on Prevention of Torture (SPT). “The reports about the situation with human rights in Ukraine between November 16, 2015 and today by the UN’s Office of the High Commissioner for Human Rights have officially confirmed the numerous facts of politically motivated prosecution of Ukrainian and foreign citizens on this country’s territory,” reads the letter.

“Moreover, just days ago the delegation of the UN Subcommittee for Prevention of Torture had to suspend its working visit to Ukraine in which it was investigating the reports about cruel and inhumane treatment of political prisoners.” [Report below.]

The authors of the message were referring to an incident in late May in which an SPT delegation had to suspend its visit to Ukraine after law enforcers and authorities had denied them access to places of detention used by the Ukrainian security services.

“This denial of access is in breach of Ukraine’s obligations as a State party to the Optional Protocol to the Convention against Torture. It has meant that we have not been able to visit some places where we have heard numerous and serious allegations that people have been detained and where torture or ill-treatment may have occurred,” the head of the SPT delegation, Malcolm Evans, told reporters as the visit was wrapped up.

Russian lawmakers and activists have called for the OSCE and PACE to create a new, dedicated monitoring group for independent, thorough and transparent investigation of the alleged incidents of torture, summary arrests and political repression in Ukraine.

The Russian Foreign Ministry has also commented on the UN report, saying that every new message on the subject had revealed more facts to prove that the authorities in Kiev were using illegal methods to suppress popular protest.

In mid-March this year, the Russian State drafted a bill offering amnesty to all residents of Crimea who were subjected to criminal prosecution by pro-Kiev authorities over their support of the republic’s independence from Ukraine.

In press comments, the sponsors of the bill noted at least two people who could potentially benefit from the adoption of the bill – namely Valery Podyachy and Semyon Klyuyev, who were sentenced to three years behind bars in Ukraine in 2011 for demanding that the Crimean Republic be returned to Russian jurisdiction. Podyachy cannot resume his work as a professor at a Crimean university because of his criminal record.

However, the Russian government refused to support the bill, saying it contradicted the concept of the existing law on rehabilitation, which offers amnesty only to people who suffered from repression during the Soviet period.

In mid-2015, the legislature of the Crimean Republic attempted to draft amendments to the law on rehabilitation of repression victims, which would have offered further protection to people who suffered from the actions of Ukrainian law enforcers and courts. However, the bill was rejected for technical reasons.

Although the UN report criticizes the actions of the Ukrainian government, it does not provide a balanced view of the human rights situation in Ukraine. This is a familiar reporting pattern by the UN body. This website has analyzed in some detail several of the previous such human rights reports by the UN. See, for example: Another flawed and biased report on Ukraine by the UN human rights office, by New Cold War.org, Sept 15, 2015

The OHCHR accords no official recognition to the Donetsk and Lugansk people’s republics, referring to them as “self-proclaimed”. Yet it assigns to them the same responsibility for human rights observation as it does to the governing regime in Kyiv. The UN recognizes the government in Kyiv as the formal government of Ukraine yet acts as though what it calls “self-proclaimed” republics in Donetsk and Lugansk must equally act as though there were officially recognized. But how can the UN be expected to fairly monitor and report the actions of governments whose legitimacy it flatly repudiates?

Even more provocative in the UN human rights body’s conduct is what it exposes about its attitude to the Minsk-2 ceasefire agreement and peace process of February 2016. The Minsk-2 agreement obliges the Ukrainian government to negotiate with the duly constituted authorities of the Donetsk and Lugansk people’s republics. The agreement was endorsed by no less than the UN Security Council. And yet the reports of the Office of the United Nations High Commissioner for Human Rights encourage Ukraine’s flagrant violations of the Minsk-2 agreement by consistently dismissing the legitimacy of the “self-proclaimed” republics.

To add insult to injury, the UN human rights body recognizes the government in Kyiv even though that government issues from a coup d’etat against the elected president and Parliament of Ukraine in February 2014.

The UN agency further muddies the waters through deliberate vagueness in who, exactly, it holds responsible for human rights violations in Ukraine. For example, the UN report speaks in positive terms of the official “investigation” of the arson massacre in Odessa on May 2, 2014. It says, “While there has been some progress in the investigation into the 2 May 2014 violence in Odessa and the resulting death of 48 individuals, serious concerns remain.”

The report also states, “OHCHR welcomes the progress made in the investigation into failure of the police to ensure public safety [in Odessa] on 2 May 2014.”

But word that investigations by the Kyiv regime represent “progress” will come as news to the families of the victims of the massacre. They are condemning the absence of a serious investigation and calling on the OHCHR to step in and conduct an investigation. The Council of Europe has equally condemned the failure to investigate the Odessa Massacre as well as the sniper killings on Maidan Square in February 2014.

The UN report does say that  some individuals have been criminally charged in relation to the Odessa massacre and that they are all supporters of autonomy (‘federalism’) for the regions of Ukraine. That is, the individuals were protesting against the governing region in Kyiv on the fateful day in Odessa. But the report fails to report the exact number of falsely accused and how many, exactly, remain in detention two years after the events.

Concerning Crimea, the UN report restates a familiar story – that systematic human rights violations are taking place in Crimea against the Tatar people of the peninsula, who number some 270,000 people out of a total Crimea population of 2.3 million residents. The source of the UN’s information, says the report, are officials of the Tatar ‘Mejlis’ organization. The report explains that the Mejlis  has been banned in Crimea, but it does not explain that the reason for the banning is that the main spokespeople of the organization, who happen to live in Ukraine, not in Crimea, and who are appointed members of the Ukrainian Rada, have routinely incited acts of terrorism against the Crimean people. These acts include the road transport blockade of Crimea initiated by Ukrainian extremists militias in September of 2015 and endorsed by the Ukrainian government three months later, and the blowing up of electricity cable pylons by the same forces on November 20-21, 2015.

The full archive on New Cold War.org of human rights reports on Ukraine is here.