The size and content of the Ukraine-UAE arms deal are yet to be confirmed, and who is paying for it, but Kiev will certainly play up its symbolic significance, security analyst Charles Shoebridge tells RT.

RT: Kiev officials have been asking the EU and the US for weapons, but these countries have been too cautious to provide. Why is it different with the UAE? 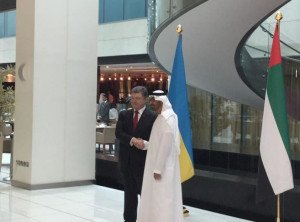 Charles Shoebridge: Well, we really need to exercise at this stage at least some caution with this; not with the fact that this is very new to us, of course it is, especially for Ukraine, because they’ve been really scrambling around in effect, what often appears to be, desperation to have at least one of the EU or NATO or other powers announce that they will give Ukraine weapons for use down in the south east part against the separatist rebels. So it may be that this is quite an insignificant deal in terms of perhaps its size and scale, because certainly no details as far as I’m aware of have yet been announced. It could be quite a substantial arms deal or it could be something that amounts to something that’s just really very symbolic and actually will have no effect on the battlefield itself. Without knowing the details of what the arms deal such as announced by Ukraine actually comprises, it’s really at the current stage more of political importance,…of symbolic importance, so that Poroshenko, as his spokesman has done today, can announce this as if it strengthens Ukraine’s hands no doubt in the negotiations that lie in the weeks and months ahead.

RT: Ukraine is in a deep economic crisis right now. How is it going to pay for the weapons?

CS: Well, it’s a very good point of course. And one can only imagine that again if it’s a substantial shipment of arms … it does beg the question where the finance will come from. Let’s not forget that the EU and the US are to some extent not anything like as far as the Ukrainian government would like, but they are to some extent propping up the Ukraine economy with loans and indeed with grants. And it may be that some of that has been put aside for training… You mentioned earlier that the UK and we know the US is going to send troops … to Ukraine to train the Ukrainian forces in one way or another…The US and UK have said that they would provide non-lethal equipment. This is…money coming from their tax payers to go to the Ukrainian government. I don’t think there’s much question that Ukraine is not going to be in a position to pay for anything substantial by itself, but it really does remain to be seen what actually this comprises, if anything at all, because my understanding is up to now the UAE itself, which one might think is unusual, also hasn’t as far as I’m aware confirmed what Ukraine is saying about this deal, that it’s actually happened.

RT: President Poroshenko said that the kind of equipment he’s going to buy is defensive to protect Ukraine’s sovereignty. Is that the case do you think? Is this equipment really going to be for defensive use only?

CS: A lot depends on what the quantities are and what the actual equipment is, but also it’s not just simply a matter of course and this is something I think a lot of Western politicians and journalists who have been urging that Ukraine is sent advanced weaponry don’t seem to realize, that you can’t simply hand over weapons that people need to be properly trained in their use. There needs to be proper logistical backup in terms of technical support and resupply, for example, of missiles. And also the majority of this kind of equipment it’s of military purpose therefore it can be used pretty much for offensive or defensive uses. For example, Poroshenko has mentioned anti-tank weapons. That sounds defensive, but of course anti-tank weapons can also be used when you are advancing on the other side’s armor and also on fixed positions. This is just one example. Again a question will arise with this UAE deal if indeed it has happened as claimed, what these weapons are, whether they are coming from the UAE which doesn’t have a small defense industry itself or whether they are actually being shipped via the UAE from perhaps UK, France or the US which perhaps would be a way of the US and UK to supply weapons to Ukraine in a way that might be otherwise deniable. Much remains to be seen with this deal as to what the actual scale of it is, who is paying for it and also what it actually comprises. And it’s not until we know really all of those things that we can properly assess its significance other than its symbolic significance which of course Ukraine is keen to play up.

RT: The US State Secretary John Kerry let slip that “We have committed over 118 million dollars in arming… not arming… training and equipment but some of it… you know the eye of the beholder will determine the arming…” Was it a slip of the tongue or did he give out way too much than he needed to?

CS: Well of course Kerry’s known for his slip-ups from time to time and it may be that the slip-up was deliberate to give the impression that Ukraine is receiving more support than it actually may be. But really what Kerry says there emphasizes the points I just made. When he says “it’s in the eye of the beholder” it’s exactly what I was just saying that weapons can be called “defensive” but of course they can be using in an offensive capacity as well. It was really very much the same when the US and the UK supplied so-called non-lethal equipment to Syria’s rebels. On that occasion they supplied body armor, vehicles and high technology secure communications equipment. All of those things can be used in an offensive manner in offensive operations not only against armed groups but also against civilians. And we’ve seen abuses on both sides of this conflict in Ukraine but particularly we’ve seen the Ukrainian government criticized by journalists on the ground as well as by human rights groups for the use of, for example, heavy weapons against civilian areas. And there is nothing to suggest that this kind of so-called defensive equipment wouldn’t also put civilians at risk to some degree or another, but I do think that the more Ukraine looks forward to the weeks and months ahead, the more it’s got to position itself as having strong military backers and therefore that plays into Poroshenko’s hands in this respect in terms of a negotiation strategy with the rebels at some future point, that Kerry is coming out with what seem to be slip-ups but what might suggest that actually Ukraine may in the future be in a stronger position militarily than it has been up to now. The facts of course remain to be seen. 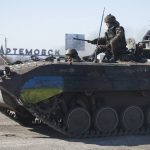 Ukraine says it is buying arms from Abu DubaiDigest, Ukraine 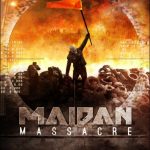