The following interview was published in the Istanbul daily BirGun on March 25, 2016. The journalist who interviewed Tariq Ali, Onur Erem , was already charged with ‘insulting the leaders of the state’, dating from a preivous interview with Tariq Ali in October 2015 (weblink below). The judge in that case ruled that the reference to Erdogan as a ‘tinpot dictator’ by Tariq Ali was within the limits of political debate. However, Erem’s reference to Turkish Prime Minister Davutoglu as a ‘joker’ was ruled unacceptable. Erem could face 14 months in prison. He he has appealed the judge’s ruling and is awaiting a final decision.

Meanwhile, newspapers are being banned by the regime in Turkey and journalists are harassed and imprisoned. Turkey is a member of NATO. As of the recent agreement with the European Union, Turkey is being paid billions of dollars to block Syrian refugees from leaving Turkey in their quests to settle in EU countries. 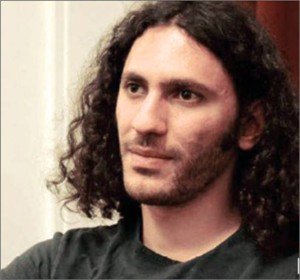 Onur Erem: Prime Minister Davutoglu keeps saying that press freedom is his government’s highest priority while we are getting these absurd court cases [for ‘insulting the president’, etc]. His declarations are nothing but a joke, but we’re not allowed to call him a joker. Jokers, as Davutoglu is, were previously important figures in palaces similar to Erdogan’s present-day palace. Can you explain why you call Davutoglu a joker and comment on his relationship with Erdogan’s palace?

Tariq Ali: I think the judge who decided that Davutgolu cannot be referred to as a joker must secretly be on our side. Otherwise, the judgement makes no sense at all. It exposes the country to ridicule.

I referred to Davutgolu as a “joker” because he does not strike me as a serious politician but a placeman who does what he’s told and does it badly. But don’t make the mistake of comparing him to the court jesters in the courts of medieval Europe and Asia. The court jester was distinguished for speaking truth to the ruler, albeit in a humorous fashion. The jester could say what the courtiers could not and, in fact, many depended on him to be courageous. It would have been so much better if Davotgulu had behaved like a medieval jester, but no such luck for poor Turkey. Its prime minister is not taken seriously by too many people.

Onur Erem: For a comparison of freedom of expression in two countries, what would happen to you in UK, if you had called Cameron a joker?

Tariq Ali: Nothing. I’ve called him worse things than that… and a former Prime Minister Tony Blair is widely referred to as a war criminal.

Onur Erem: Although there are decisions of the European Court of Human Rights which says that  journalists can’t be put on trial because of what their interviewees say, Turkish courts are sentencing journalists because of their interviews. As you are also a journalist, can you evaluate the effect on the media of this kind of court practice, from a journalist’s perspective?

Tariq Ali: The obvious result will be to stop interviewing people who have something to say. Journalists will become more careful, though one solution is not to publish names of journalists doing the interview. The Times of London never published names of its staff in the old days and The Economist still doesn’t. Only the editor knows. That might be one response as long as you have a tough editor prepared to resist government bullying and intimidation.

Onur Erem: The government is expecting journalists to censor the criticisms of the interviewees – or they’ll get hit with a court case. What does this mean for freedom of expression? Would you give an interview to a journalist that you knew will censor your expressions and criticisms?

Tariq Ali:   No, I woudn’t. It would be a waste of time. Here again one could think of ways to defeat the censor. I could put up the answers on my Facebook page or website or Counterpunch. Your paper could publish the questions and refer readers to the Counterpunch website or something like that. In today’s world it’s not easy to suppress information. Technology has helped us a great deal.

Onur Erem: Five months have passed since our interview about Ankara massacre which killed 107, in the meantime the war in Kurdish regions have became more intense and there have been 3 other bombings in Ankara and Istanbul, done by TAK (Kurdistan Freedom Falcons) and ISIS, killing dozens. Today people are afraid of walking in the streets and horror scenarios ranging from countrywide civil war to a coup d’etat are at are circulating. When you analyse the current situation in Turkey what do you foresee for the country?

Tariq Ali: Terror breeds terror. I am completely opposed to both state terror and those who respond in a similar way. The TAK is discrediting the Kurdish struggle for autonomy and socialism. There is NO justification for any group that associates itself with the left to kill innocents and encourage suicide bombings.

As for ISIS, we know where they come from. We know who has used them in the past. We know their sectarianism leads to killings. Here the Turkish state, like its NATO bosses, has helped to create a monster that it now claims to oppose. The situation in Turkey today is extremely troubling. A panic-stricken regime, desperate to divide the Kurdish population from non-Kurds because it feared the rise of the HDP, has helped to create a huge crisis in the country. Can it be ended while Erdogan remains in power? I don’t think so.

Onur Erem: Erdogan spoke after the last bombing in Ankara and said “If you’re not supporting us, then you’re supporting terror”. He ordered the government to pass a new “anti-terror” bill which targets journalists and academics that criticize him as “terrorists without guns” . He also recently cited Hitler’s Germany as a good example of an effective unitary presidential regime. When you compare the regime that he’s trying to build with the fascist regimes in history, what are the similarities and differences that you find?

Tariq Ali: Erdogan may not be a “joker,” but he is definitely a political plagiarist. His remark on terror that you quote comes straight from the mouth of George W. Bush after 9/11. But Erdogan wants to go beyond Bush by making critical journalism and critics in the academy illegal.

What will be the difference between him and a military government? Very little. I read his remarks on the effectiveness of Hitler as Chancellor of Germany. Well, yes. But then the AKP would have to ban all other political parties, close down all critical newspapers, burn the books critical of the regime and gas the Kurds to death…the final solution of the Kurdish ‘problem.’ Somehow I don’t think he is about to do that. NATO would ask its Turkish component [the armed forces of Turkey] to take power long before that happened.

What we are seeing in Turkey is a non-uniformed authoritarian regime led by a politician who has allowed power to go to his head and is behaving more and more like a despot. Sooner or later this will provoke political uprisings throughout the country as happened after Gezi.

Onur Erem: Are the any other comments that you’d like to make regarding Turkey, Erdogan, his relationship with EU or his Middle East policies?

Tariq Ali: The West (the U.S./EU bloc) and its media have barely covered the recent wave of repression in Turkey. The reason is simple. They are paying billions to Ankara to control and take back the refugees of the Syrian war. They are fearful that if they offend Erdogan, he will use the refugees as a political weapon. So they keep quiet. Once again, Western double standards are on full display.

Tariq Ali is the author of ‘The Obama Syndrome: Surrender at Home, War Abroad‘ (Verso, Sept 2010) and The Extreme Centre: A Warning (March, 2015). He is the host of the weekly interview program on TelesurTV, ‘The World Today With Tariq Ali‘.


Read also:
After Ankara bombing: Why Erdogan and NATO’s strategy is in ruins, interview by Onur Erem with Tariq Ali, in Counterpunch, Oct 15, 2015 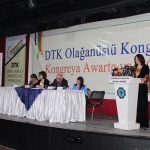