Interview with Richard Sakwa, Professor of Russian and European Politics at University of Kent and author of the 2015 book Frontline Ukraine: Crisis in the Borderlands, broadcast on The Real News Network, June 9, 2016. 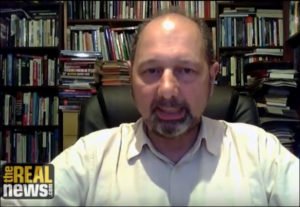 Richard Sakwa interviewed on The Real News Network on June 9, 2016

‘The world is slipping into a situation as dangerous as the one preceding World War One.’

As U.S. destroyers and warships enter the Black Sea for the first time since the Cold War, NATO’s ten-day military exercises encircling Russia threatens peace in Europe, says Richard Sakwa. The interview is 20 minutes long. Richard Sakwa is Professor of Russian and European Politics at the University of Kent in England. Parts one and two of the interview begin here. 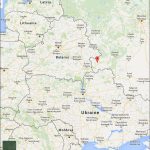 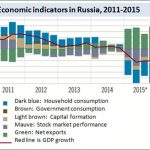 Substituting for imports: A look at Russia’s economic performanceRussia