A international committee headed by Nelson Mandela’s lawyer Essa Moosa that wanted to visit İmrali, Turkey on February 15 to inquire about the imprisonment and isolation of PKK leader Abdullah Öcalan was obstructed from conducting the visit by the Turkish state. Now it is having meetings in Strasbourg with the  Committee for the Prevention of Torture (CPT) and the European Council.

Earlier photo of Abdullah Öcalan. Born in 1948, he has been in Turkish prison since 1999

As the isolation of the Kurdish leader continues, civilian killings are ongoing in Northern Kurdistan. Despite insistence from Kurds, European institutions are keeping their silence.

The delegation is now having meetings with the Committee for the Prevention of Torture (CPT) and the European Council (EC) in Strasbourg. It will meet further with CPT officials, the EU Parliamentarian Assembly and political groups on April 18 and 22. There will be meetings with the press and conferences, and the committee will also meet with EC officials.

The committee will later meet with the Kurdish community in Strasbourg and visit the “Freedom for Öcalan Watch” that has continued for four years.

Notable figures in the committee

Isolation should end, Öcalan should be released without conditions

The declaration by the committee mentions Kurdish People’s Leader Abdullah Öcalan’s role in the solution to the Kurdish matter, and continues: “As an international committee, we arrived in İstanbul on February 15 to meet with Abdullah Öcalan. But the officials from Turkey’s Ministry of Justice and other Turkish officials didn’t allow us to go to the island.

“After our return, they did send a notice that they had relayed our request to the İmrali Prison Administration. We couldn’t go to İmrali, but we had several meetings and attended conferences in İstanbul. We reached this conclusion there: We believe Mr. Öcalan plays a key role in the solution to the Kurdish matter. Isolation of Mr. Öcalan will only deepen this war. This isolation should end and he should be released immediately for the continuation of the peace process.”

Committee for Prevention of Torture should send an investigative delegation immediately

The committee directed calls to the CPT and EC, saying, “The CPT needs to send a committee to inquire about the conditions in İmrali immediately. The EC should be involved as well. European institutions should make attempts in ending the isolation of Öcalan.

“The Kurdish matter can’t be solved through isolation and oppression. This is why Öcalan’s conditions should be improved for the ending of clashes, for restarting of the dialogue and for peace.”

While the committee is having the meetings, some 50 activists from different parts of Europe, mainly Germany, UK, the Netherlands and France, with MPs, writers and academics among them, will be taking over the “Freedom for Öcalan Vigil” that has continued in front of the European Council in Strasbourg for four years. The group will be on vigil for one week. They will hold several events in the city demanding freedom for Öcalan. 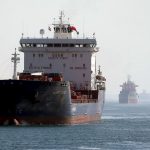