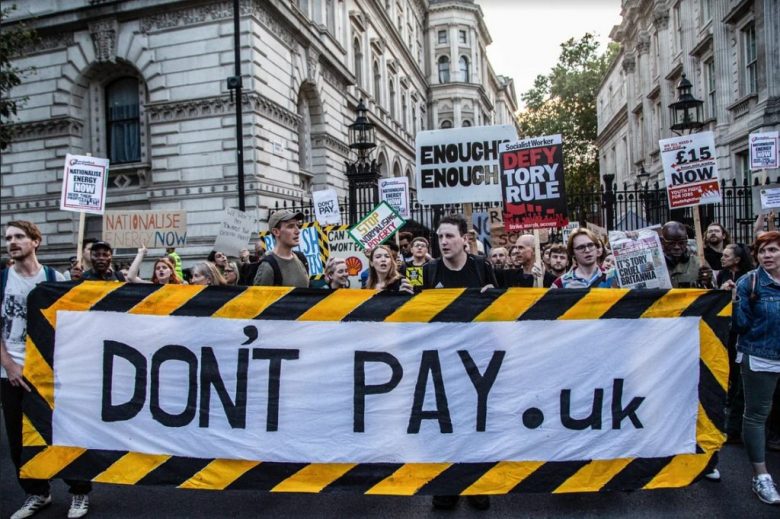 In the wake of the U.S. Ukraine proxy war against Russia, protests have erupted in Europe and around the world over the sky-high energy and food prices caused by the sanctions that the Biden administration and its imperialist allies have imposed on the Russian Federation. These U.S.-promoted sanctions are designed to seize the lucrative EU energy market from Russia and enrich the U.S. oil companies and banks, on the backs of the workers and poor around the globe.
________________________

As an article from tasminnews.com points out:

Experts warned that as the energy crisis is eating into Europe’s economy and people’s lives, governments’ hands are tied. “Europeans are now muddling through their days, the coming winter will be a crucial challenge for European countries,” Lin Boqiang, director of the China Center for Energy Economics Research at Xiamen University, told the Global Times.

Lin pointed out that the tit-for-tat conflict between Russia and Europe only has one winner— the US; “as the US eggs on Europe to take aggressive measures against Russia, and suffer from energy shortages as a result, the US is sparing no effort in selling gas and oil to Europe and making a lot of money,” said Lin.

The US sent nearly three quarters of all its liquefied natural gas to Europe in the first four months of 2022, with daily shipments to the region more than tripling from last year’s average, Bloomberg quoted the US Energy Information Administration as saying in June.

Europe will be the underdog during the Russia-Ukraine crisis; yet judging by European leaders’ reactions, they are still determined to further decouple from Russia, choosing politics and ideology over people’s lives and the economy, said Lin.

This world-wide upheaval is only bound to increase, particularly in Europe, as the cold blasts of winter set in.

In July, the year-to-year UK inflation rate hit 10.1 percent in July, with energy prices projected to rise by 80 per cent this winter. The working class has responded with strikes to demand higher wages to offset inflation. In the summer, rail and other transport workers shut down London and the whole country for days at a time. In Scotland, the rubbish workers struck, while in England criminal lawyers staged a walkout. There is talk in the Trade Union Council of coordinated strikes, perhaps even a general strike.

An August 23 article in the Guardian describes the working class sentiment in Britain as:

When millions of Britons believe rioting is justified over the soaring cost of living, it’s not hyperbole to describe the nation as a powder keg. According to a ComRes poll commissioned by the Independent, 29% of voters believe violent disorder is appropriate given the circumstances. Among 18- to 24-year-olds, nearly half think rioting is justified; and even among 35- to 44-year-olds it’s over 40%. If such a large chunk of the electorate believes that it’s justifiable to smash stuff up in protest even before the projected hike in energy prices plunges millions of households below the waterline, what fury awaits this winter?

On September 11th, some 70,000 people marched through the streets of Prague “to protest against high energy costs and call for an end to sanctions against Russia, “according to the “Worldcrunch” website.

A September 18th Reuters article reported that at least 20,000 people marched through the streets and rallied in the main square of Chisinau, the capital of this small former Soviet Republic. They called for the resignation of pro-EU, pro-Western President Maia Sandu, who has pledged to bring Moldova into the EU:

Its 3.5 million are enduring serious economic difficulties associated with energy prices, the cost of which has increased by 29% in September after surging almost 50% in August.

Protesters accused Sandu of failing to negotiate a more reasonable gas price with Moscow. Many set up a tent camp outside government headquarters and vowed to remain in place until Sandu resigns and calls early elections.

The country has slashed its growth estimate to zero for 2022, hurt by record high inflation at 34.3% and interest rates at 21.5%.

The Associated Press reported that at least 10,000 people attended a “national day of action” through the capital city of Brussels on September 21, “…marching behind banners reading ‘Life is much too expensive, we want solutions now,’ and ‘Everything is going up except our wages,’ or carrying placards marked ‘Freeze prices, not people.’ City traffic and public transportation was disrupted.

Belgium’s leaders made it clear that the people must prepare to suffer long-term to further U.S. energy monopolies’ interests:

Last month, Prime Minister Alexander de Croo warned that “the next five to 10 winters will be difficult” because of high electricity and natural gas prices…

The European Union’s 27 member countries have agreed to cut gas usage by 15% on average this winter and aim in particular to reduce demand during peak hours.

The Worldcrunch website article describes the mood in France:

By introducing energy price caps, France has managed to keep inflation under 6%, the lowest rate in the EU. The government, however, is steeling itself for a “torrid winter” of mass protests, with left-wing populist Jean-Luc Mélenchon announcing a “show of force” and a “march against the cost of living”.

According to a recent survey, only one in 20 households will be able to comfortably cover the higher cost of living. Most will have to dip into their savings. 40% of respondents called for the return of the yellow vests movement. Faced with the spectre of renewed protests, the government has been writing blank cheques for months, although this hasn’t succeeded in truly dowsing the ire of the revolution-loving French.

Populist parties on both sides of the political spectrum have already seen historic victories in the parliamentary elections in June, stripping President Emmanuel Macron of his majority. Macron has called for his fellow citizens to prepare for “an end to abundance and carefree living”. Among protesters, calls for a return to abundance have dominated social media, being shared thousands of times online.

On September 4th there were large protests in Cologne and Leipzig. An article from tellerreport.com states:

“Energy prices and inflation are out of control.

The cost of heating has tripled, and instead of limiting gas prices, the federal government is raising prices by law,” the agency quoted one of the organizers of the rally as saying.

On September 4, a demonstration was held in Cologne in support of Russia and against the supply of weapons to Ukraine.

Tensions are running high, and many local and regional politicians are concerned. “The people are telling us that they see no evidence of serious attempts at peace talks, and all the talk is about supplying weapons. The ideologically-driven government needs to respond to the price rises for gas and electricity. Until that support comes into effect, lots of people are facing unemployment and companies are likely to fold,” says Markus Kurze (CDU), member of the state parliament from Burg in Saxony-Anhalt.

Sweden, with its reputation as a progressive social democratic country, is now also facing this U.S. spawned energy crisis, as the Daily headlines website reports:

In Sweden, electricity prices have increased by around 400% last month as a result of the energy crisis. The rise in prices was linked to high demand from other countries in Europe as well as low electrical output from Sweden’s domestic wind farms and other domestic sources of energy.

On September 12, the far-right Sweden Democrats Party (SD) won 22 per cent of the vote, the largest share of the right-wing coalition set to take control of the government. Founded by NAZIS, it blames the current crisis on immigrants, threatening their communities with harsh repression.

In Italy, the far right gained power in the elections on September 22, with its leader described this way in a CNN article:

Brothers of Italy leader Giorgia Meloni has claimed victory in a general election that seems set to install her as Italy’s first female prime minister, leading the most far-right government since the fascist era of Benito Mussolini.

Meloni has indicated firm support for the U.S. proxy war in Ukraine and the fascist-controlled government there.

Although fascist forces are finding fertile ground for recruiting desperate people in the face of this economic crisis, they can offer no solutions except racism and oppression..

Despite the right-wing electoral victory, trade unions and consumer groups in Italy are planning large demonstrations and rallies to deal with the energy and inflation crisis:

For next October 18, user organizations have called a large public assembly open to all social forces where they will share the reasons and methods of the initiatives to be implemented in the area and a package of measures to be presented to the new government.

This is only a partial list of the struggles that have occurred throughout Europe so far. There are bound to be far more massive protests and other mass actions as winter sets in.

In the U.S., the United National Antiwar Coalition has announced plans for a national week of protests across the country to oppose the devastating U.S. proxy war in Ukraine, and also to protest the devastating sanctions levied against Cuba, China, north Korea, Palestine and Russia that are threatening the lives and livelihoods of millions around the globe. 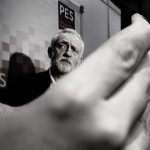 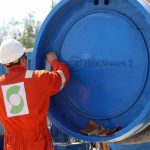