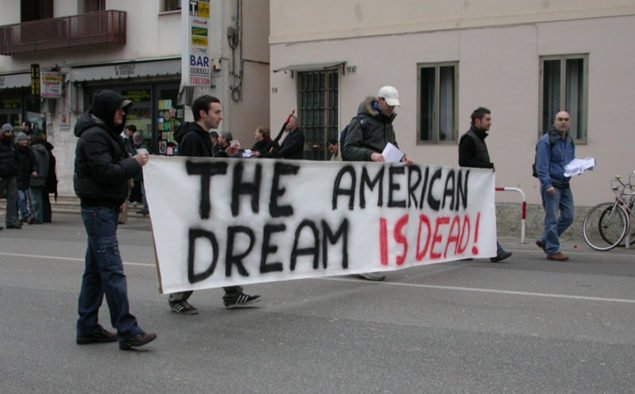 Well, it’s over. After nearly a century of self-promotion, the American Dream has been officially declared over.

Well, it’s over. After nearly a century of self-promotion, the American Dream has been officially declared over.

Donald Trump declared, during his 2016 campaign, “Sadly, the American dream is dead. But if I ever get elected president, I will bring it back bigger and better than ever.”  He advocated a slogan that looked backward to move the country forward – “make America great again.” He bespoke a notion that the nation’s optimistic possibility is a dream from the past, a middleclass life lost and that he could recapture it.

Nearly a century earlier, an equally failed president, Herbert Hoover, chose as his 1928 presidential campaign slogan a simple promise: “a chicken in every pot and a car in every garage.” It captured the spirit of the nation’s optimistic possibilities, of an “American Dream” of social mobility that envisioned ordinary Americans living a better, more middle-class life.

The stock market crashed on October 24, 1929 and set in motion a process that culminated in the Great Depression. The crash took place seven months after Hoover took office as the 31st president. Hoover thought the crash was part of a passing recession and took a hands-off approach, refusing to involve the federal government in key economic issues like price regulation or currency valuation. As the Gilder Lehrman Institute notes, “[Hoover] was inclined to give indirect aid to banks or local public works projects, but he refused to use federal money for direct aid to citizens, believing the dole would weaken public morale.”

Some trace the concept of the “American Dream” to the nation’s founding and the Constitution. However, the actual term appears to have been first used by James Truslow Adams in his 1931 novel, Epic of America. He notes, it is “that dream of a land in which life should be better and richer and fuller for everyone, with opportunity for each according to ability or achievement.” He then goes into more detail:

It achievement is not a dream of motor cars and high wages merely, but a dream of social order in which each man and each woman shall be able to attain to the fullest stature of which they are innately capable, and be recognized by others for what they are, regardless of the fortuitous circumstances of birth or position…

The American dream … a dream of being able to grow to fullest development as man and woman, unhampered by the barriers which had slowly been erected in the older civilizations, unrepressed by social orders which had developed for the benefit of classes rather than for the simple human being of any and every class.

The social order that emerged in the post-WW-II period represents a radical break in the structure of U.S. capitalism. It was defined by phenomenal economic growth marked by unprecedented wage increases along with key ancillary benefits like unemployment compensation, retirement funds and social insurance programs. In addition, the GI Bill provided support for private housing and higher education. However, restrictive covenants and other policies blocked African Americans from much of the postwar prosperity.

The Russell Sage Foundation (RSF) lays out the profound changes in the American Dream over the last half-century in a 2016 publication, “What We Know About Economic Inequality and Social Mobility in the United States.” It notes that while the quarter century following WW-II was a period of rapid economic growth, “family income inequality was relatively stable from the late 1940s through the early 1970s, ranging from 0.35 to 0.38 [using Gini coefficient]. Since the mid-1970s, however, inequality has steadily increased as the Gini reached 0.45 by 2014.”

“families at the 99th and 99.9th income percentiles experienced the greatest gains — 90 percent and 300 percent increases respectively. The benefits of economic growth have not been widely shared for almost two generations.”

The RSF study concludes on a very pessimistic note:

The rise in economic inequality over the past four decades calls into question the notion that anyone, regardless of the status of their parents, can achieve the American Dream. Recent studies imply that America is a less mobile society than in the past and confirm that the U.S. has less social mobility than comparable industrialized nations.

This assessment is confirmed by detailed analyses of the wealth gap, especially as reflected in terms of race.

Like all president since Hoover proposed “a chicken in every pot,” Trump was elected promising ordinary Americans a better life, to “make American great again.” He got through his first three years in office by clever deflections (e.g., tax cuts for the rich, low unemployment rate), appointment of arch conservatives to the federal bench, end of international agreements (e.g., Iran nuclear deal) and attacks on helpless immigrants.

However, during Trump’s final year of his (and, hopefully, only) term, the bottom has fallen out of his presidency. The Covid-19 pandemic and the popular insurgency associated with the Black Lives Matter have paralyzed Trump. Ultimately, his failure to provide leadership during the pandemic may be the major factor contributed to his failure to be re-elected. His presidency witnessed not simply the enormous upsurge in the rates of infection and death during the initial February thru June 2020 period but set the stage for its ongoing spread and a second wave that might come next. Not only did he fail to provide leadership, but he systematically falsified critical medical and scientific information to hide or deny the truth. Because he tied his presidency to a mythic economic prosperity, he blindly promoted a re-opened economy before the pandemic was effectively contained.

As been extensively documented, the pandemic has taken its gravest toll on people of color and poorer people; they have suffered much more than affluent white people. One social consequence of the pandemic has been the enormous increase in unemployment rate.

The White House reports that between March 13th (when a national emergency was declared) and May 23, 2020, more than 41 million Americans filed for unemployment.  The Bureau of Labor Statistics reports that in February 2020 the unemployment rate was 3.5 percent and the number of unemployed people was 5.8 million.  However, by April, the rate of employed persons rose to 23.1 million or 14.7 percent; in May, with the economy being reopened, the unemployment rate declined to 13.3 percent.

Trump’s leadership failure has been compounded as a massive, nationwide protest movement took shape over racially based police violence, discrimination and the legacy of Confederate mythology. The police killing of George Floyd brought to a head a simmering rage that’s been percolating for years if not decades. In particular, it’s a direct rejection of Trump’s soft peddling of white racists at the Unite the Right rally in Charlottesville, VA, 2017.

The Covid-19 pandemic has taken a serious toll on the American economy. The mainstream Brookings Institute summarize it as follows:

It goes on to suggest a half-dozen different recovery models using terms like “Z Shaped,” “V Shaped,” “U-Shaped,” “Nike Swoosh Shaped” and still more. All models share one feature – upward recovery. However, the authors warn: “So, there will likely be no quick recovery. A key question is whether damage to the economy’s capacity to produce goods and services will be long lasting.”

A decade ago, the U.S suffered through what was dubbed the Great Recession. While the federal government quickly came to the aid of the big banks and other financial institutions, many working- and middle-class families barely recovered, especially families of color. A worse outcome in two respects will likely mark Covid-19 recovery.

First, the coronavirus epidemic will likely have greater short-term consequence. For example, during the Great Recession, unemployment peaked at 10 percent in October 2009; during the Covid-19 epidemic, it reached 14.7 percent. Second, without an effective vaccine and the likelihood of a possible second wave taking place this fall, no one can realistically anticipate what will play out.

The recovery – as reflected in the slowly declining unemployment rate – is occurring within a socio-economic context in which the traditional notion of middleclass mobility is something yesterday’s America. Class is being superseded by caste, by a formal structuring of social relations with ever-decreasing economic mobility. This signals the end of the American Dream. 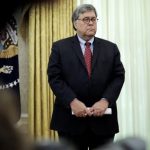 US attorney general explains the real reason Washington is hostile to ChinaChina, USA 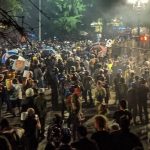