Indyref2 should not be decided by the UK’s propaganda unit 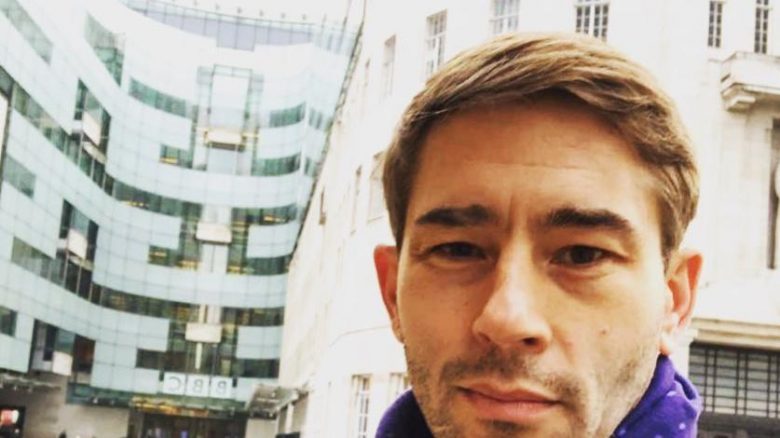 The response of the British media was designed to make it look as if  Russian journalists were “spying” – in a bid to divert the story towards Russia and away from the British Army’s mysterious 77th Brigade.

BY a bit of serendipity, I had been planning to write about the British Army’s mysterious and highly controversial 77th Brigade, which specialises in offensive media and psychological warfare. However, a journalist from Russia’s Chanel One television, Timur Siraziev, got there before me and ran a piece on his news programme. His story was perfectly innocuous and perfectly legitimate. It was watched by some 250 million viewers in Russia and around the world, so hardly a secret. It’s what happened next that’s fascinating.

Siraziev had filmed his piece to camera in the street outside the Berkshire army base that houses 77th Brigade operations. Every day of the week, BBC news reporters do similar pieces to camera in locations all over the world, including Moscow. But that is not how Siraziev’s journalism was explained by the Ministry of Defence or its pliant UK media hacks.

Instead, there were screaming tabloid headlines about “Russian TV spies” trying to “infiltrate” Britain’s “secret cyber warfare HQ”. Defence Secretary Gavin Williamson even went so far as to issue a call to the British public to report any “suspicious activity” near other military sites. Can you imagine how the UK Government and media would respond if the Kremlin issued a similar warning to the Russian people if a BBC reporter did a story outside GRU HQ in Moscow, next to Polezhaevskaya metro?

This weekend’s scary headlines about Siraziev’s investigation are in stark contrast to the way the MoD has studiously ignored Western reporters examining the shady activities of 77th Brigade. For instance, a major piece published only last month in Wired, the main US magazine devoted to high technology. The Wired story is captioned: “Inside the British Army’s secret information warfare machine”. In fact, the writer, Carl Miller, had literally been invited inside 77th Brigade’s “secret” HQ, which he describes in detail.

He wrote: “One room was focussed on understanding audiences: the makeup, demographics and habits of the people they wanted to reach. Another was more analytical, focussing on creating ‘attitude and sentiment awareness’ from large sets of social media data. Another was full of officers producing video and audio content.”

So why is the MoD all in a tizzy about Siraziev’s piece? Because, for once, 77th Brigade has lost control of the “narrative” covering its existence. Hence the almost hysterical response designed to make it look as if the Russian journalists were “spying”. This is a bid to divert the story towards Russia and away from 77th Brigade itself.

For military wonks, the name 77th Brigade is the stuff of romantic legend. It is was the formal designation of the famous Chindits that operated behind Japanese lines in Burma during World War II. The Chindits were created by the charismatic (though unstable) Orde Wingate, a romantic, insubordinate figure in the mould of Lawrence of Arabia. Wingate, an ardent Zionist, first conceived the idea of special forces operating behind enemy lines during his posting to British-controlled Palestine in the 1930s. There, he led commando units composed of members of the Haganah, a Jewish armed group. These commandos operated at night, ambushing Arab “saboteurs” and raiding Arab villages.

The military effectiveness of Wingate’s Chindits in Burma has been questioned in recent years. But the Chindit legend is still powerful enough that the name 77th Brigade was revived in January 2015 and applied to a new unit of the British Army. The name is a dead giveaway. The 77th Brigade is not a bunch of techies who are advising on cyber security. This is a military formation designed to take warfare behind the designated enemy’s psychological, media and cultural front lines.

In short, the 77th Brigade is about Orwellian mind control. The dangers are obvious: who decides truth in any future conflict? And who decides the geographical, ideological and political boundaries involved. In modern propaganda wars, the front line does not start in Moscow – it starts in London, Glasgow and Cardiff. Who is vetting where and how the 77th Brigade is active? What civilian oversight exists to control a military organisation that deliberately chose Orde Wingate’s unconventional, highly-politicised, special forces as its exemplar?

What do we know about 77th Brigade? Let me quote a written MoD parliamentary answer published in March 2015. The Brigade exists “to provide support, in conjunction with other Government agencies, to efforts to build stability overseas and to wider defence diplomacy and overseas engagement”. That’s a highly political rather than military remit.

The parliamentary answer goes on to say the Brigade is “leading on Special Influence Methods, including providing information on activities, key leader engagement, operations security and media engagement”. Note the phrase “special influence methods”, which is straight out of Orwell’s 1984. And notice the reference to “media engagement”. Since when has the British Army had a legitimate role in trying to influence the media?

Here we come to a truly insidious aspect of 77th Brigade. It has a complement of around 440 dedicated personnel, according to the parliamentary answer. Under the Army’s new organisational doctrine, units combine both fulltime soldiers and territorial reservists. The 77th Brigade recruits its reservists from among UK journalists and professionals in advertising and public relations companies. We are not talking just computer and information technology specialists but media practitioners. The result is that the necessary boundaries between the military and the civilian media have been compromised. This represents a potential threat to democratic norms.

I have no doubt that the Russians are actively interfering in Western elections and referendums using social media. But I am also against the British state and the British military using the Kremlin as an excuse to create their own Orwellian propaganda machine. Of course, the British security services have always made use of tame journalists and the BBC. But we are living in a new age where the domination of our thoughts, conversations, viewing habits and consumption patterns by the electronic media is near universal. I do not want the military having an unchecked role in shaping this media landscape.

In any future Scottish independence referendum, will the 77th Brigade be neutral or see the Yes campaign as a threat national security? If Russia floods Scottish twitter accounts with messages designed to skew the result, will the 77th respond to protect the constitutional status quo? Just who will the 77th be reporting to? What “special influence methods” will it deploy or advise on? Perhaps SNPMPs should ask some questions in Parliament before it’s too late.

Am I being paranoid? We already know the UK has launched offensive cyber propaganda attacks against regimes it did not like. In 2013, the US whistle-blower Edward Snowden leaked documents on how GCHQ, Britain’s signals intelligence agency, attacked other countries, including one against democratic Argentina in 2009 aimed at protecting UK control in the Falklands – so-called Operation Quito.

The 77th Brigade unit badge is that of the old Chindits – a mythical Burmese beast called a Chinthe. Representations of the Chinthe were to be found at the entrances of temples to ward off danger. Who is going to protect us from the 77th Brigade and its foreign clones?