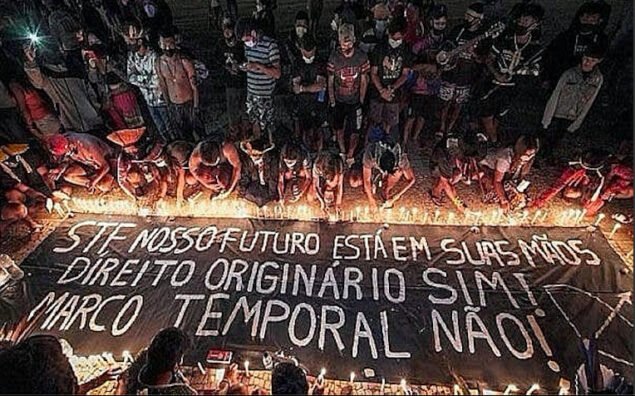 Demonstration in Brasília saying “no” to the “timeframe limitation” thesis” – APIB

The Federal Constitution of 1988 was the first in Brazil to recognize that indigenous people are the first and true owners of the lands they were already occupying  before the arrival of non-indigenous people.

According to the Constitution, indigenous lands are federal assets, and the federal administration has to promote the demarcation of these territories in favor of their traditional inhabitants.

Land demarcation is a complex administrative process, which has nine stages. It goes from the initial identification and delimitation studies of the territory to the interdiction of areas in order to protect isolated indigenous people.

Therefore, indigenous peoples have the right to the permanent possession and exclusive use of the soil, rivers, and every other natural resource essential to maintain their ways of life over these lands.

The Constitution determined the year 1993 as the deadline for all indigenous lands to be demarcated. But currently, there are more than 300 territories that are in an indefinite legal situation.

A landmark in the attack on native people’s rights

Under this context, the growing violence suffered by Brazilian indigenous peoples could reach new heights if the Supreme Court (STF) endorses the so-called “timeframe limitation” .

The process that will be considered once more by the ministers this Wednesday, September 1, concerns the possession of the territory of the Xokleng people from Santa Catarina state. It is a repossession action filed in 2009 by the state government regarding the Ibirama-Laklãnõ Indigenous Land.

Intensely criticized by indigenous organizations, the “timeframe limitation” is a legal thesis defended by ruralists. It raises new hindrances to the native people’s lands demarcation.

The “timeframe limitation” argues that the land demarcation can only happen if indigenous peoples prove that they were occupying the area previously or on the exact date of the promulgation of the Constitution, on October 5, 1988, or if conflict over land ownership is proven.

“Actually, many [indigenous persons] were not on their land on that date because they were expelled, their land was taken over from them by farmers”, points out Samara Pataxó, legal advisor to the Articulation of Indigenous Peoples of Brazil (Abip).

“This perverse thesis disregards the history of violence to which indigenous populations were subjected to before 1988, as well as the threats and murders that resulted in the expulsion of communities from their lands”, adds Antônio Eduardo Oliveira, executive secretary of the Indigenous Missionary Council (Cimi).

Organizations and leaders warn that the consequences of the STF’s validation of the “timeframe limitation” may intensely deepen the genocide process experienced by native peoples.

Even communities that live on lands that have already been demarcated may be expelled if they cannot prove that they were occupying the territory in the period established by the legal thesis.

It happens because the Supreme Court classified the “timeframe limitation” lawsuit as having general repercussions. In other words, there will be a jurisprudence that will serve as a basis to judge all similar cases in the other courts, defining the future of the next generations of Brazilian indigenous peoples.

“If the thesis is endorsed, we will see the interruption of the demarcations, and we will certainly have requests for revisions of lands already demarcated”, explains Paloma Gomes, legal advisor to the Indigenous Missionary Council (Cimi).

Land grabbers, illegal loggers, and miners, who see indigenous territories as a source of profit yet unexplored, can feel even more encouraged to enter the preserved areas, contributing to the increasing statistics of land conflicts.

“Timeframe limitation” is already in place

This thesis was used for the first time to question the demarcation of the Raposa Serra do Sol Indigenous Land in Roraima state. In 2009, the Supreme Court determined the continuous indigenous land demarcation and the removal of the non-indigenous population, dismissing any need for native peoples to prove they were there in 1988.

“Although the decision was favorable to the indigenous peoples, this criterion began to be applied improperly and inappropriately in other land demarcation processes that do not have any similarity with this specific process”, explains Samanta Pataxó, from Apib.

To understand the damage that can be caused to the indigenous peoples, it is enough to look at the cases in which the “timeframe limitation” was used as the basis for legal decisions unfavorable to the native peoples.

A symbolic example is the Guyraroka Indigenous Land, belonging to the Guarani Kaiowá people, in the municipality of Caarapó, southern Mato Grosso do Sul state.

Surrounded by the planting of monocultures such as soy, corn, and sugarcane, the community, formed by 26 families, had the administrative proceeding for their land demarcation canceled in 2014 by the second panel of the STF based on the “timeframe limitation”.

The Guarani Kaiowá people had a legal victory in April this year. The STF accepted an appeal and opened the way for reversing the decision.

However, the definitive victory has not yet arrived, as the merits of the case were not considered by the ministers. The recovery of the territory may be further away if the “timeframe limitation” is approved.

Although indigenous peoples are the main stakeholders to demand the Supreme Court rejects the “timeframe limitation”, the issue is of general interest to Brazilian society.

The indigenous peoples are primarily responsible for preventing the degradation of Brazilian biomes, especially the Amazon Rainforest, which has broken annual records in deforestation, according to a United Nations report published in March this year.

Therefore, the first inhabitants of Brazil are natural allies of environmental preservation, the only remedy to circumvent the serious climate changes the planet is going through, such as global warming and the large concentration of carbon dioxide in the atmosphere.

Translated by Ana Paula Rocha and edited by Vivian Virissimo 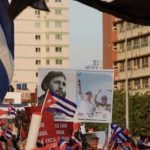 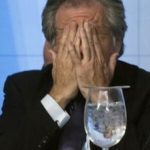