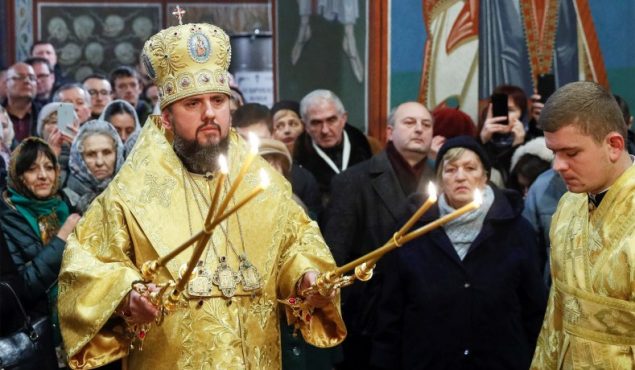 The head of the Orthodox Church of Ukraine conducting a liturgy at the St. Michael’s Golden-Domed Cathedral in Kiev, Ukraine, December 16, 2018.
(Valentyn Ogirenko/ Reuters)

The project of the ‘independent’ Orthodox Church of Ukraine has officially collapsed because of an internal struggle for power and influence.

On June 20, the local synod of the Ukrainian Orthodox Church (Kyiv Patriarchate) officially decided to restore the entity outside the Orthodox Church of Ukraine. It also repealed the order of the bishops’ council as of December 15, 2018.

“It was not a local synod, but gathering of signatures of the bishops, one priest and two laity on conditional elimination of Ukrainian Orthodox Church (Kyiv Patriarchate) under the demand of Archbishop of Constantinople and Ecumenical Patriarch Bartholomew I,” the synod’s draft regulation reads.

The document says that that the Ukrainian Orthodox Church (Kyiv Patriarchate) is registered by the state body and continues its existence. Patriarch Filaret is the head of the religious establishment. He can keep this position for life.

The local synod especially noted that the organization “still owns all the property (movable and immovable) bought for its own means or passed to it by state bodies of local administrations. All the bank accounts remain the accounts of Kyiv patriarchy as a legal entity.” This move became an important confirmation of the open secret – leaders of the “independent” Ukrainian church saw it as a tool to expand own influence and achieve own economic goals.

The current situation is a result of the conflict for power between Filaret and Metropolitan Epiphany, the current head of the Orthodox Church of Ukraine. On June 11, Filaret claimed that, according to initial agreements, he had to become be the de-facto head of the OCU, while Metropolitan Epiphany should be a kind of ceremonial bystander. Nonetheless, this did not happen. So, two politicians started a large-scale standoff for power.

The attempt to unite non-canonical Ukrainian entities in order to establish them as the main religious-political force in Ukraine failed. 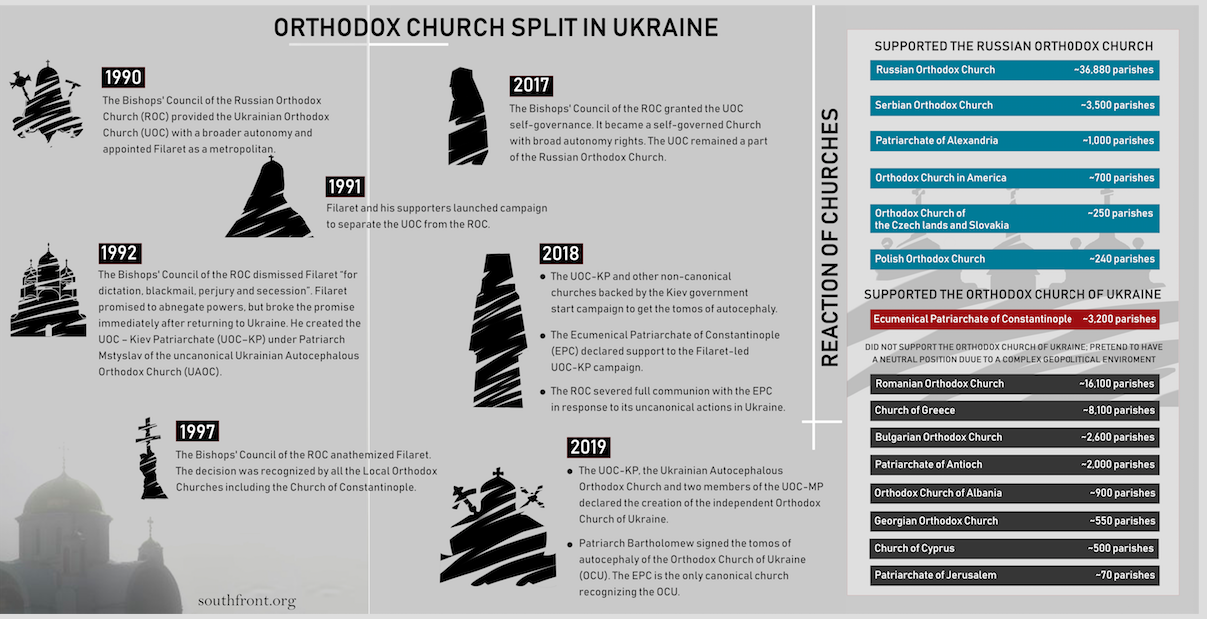