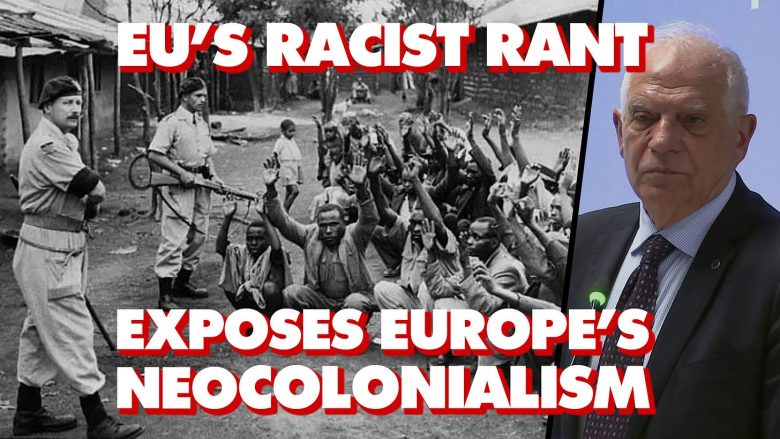 EU foreign-policy chief Josep Borrell showed the West’s neocolonial mentality, saying “the world needs Europe” as a “beacon” and beautiful “garden” to civilize the violent “jungle” in the Global South.
________________________

The European Union’s top foreign-policy official showed how the colonialist mentality is still very much alive on the continent.

EU foreign-policy chief Josep Borrell said “Europe is a garden,” which is “beautiful” and superior to the vast majority of the countries on Earth. On the other hand, he claimed, “Most of the rest of the world is a jungle, and the jungle could invade the garden.”

Borrell argued that “the world needs Europe,” because it is a “beacon” that must civilize the rest of the world.

The enlightened Western “gardeners have to go to the jungle,” he insisted, because if the supposed barbarians are not tamed, “the rest of the world will invade us.”

Borrell delivered this overtly racist rant at the inauguration of the European Diplomatic Academy in Brussels on October 13.

According to the official transcript, published at the EU website, Borrell said the following:

Europe is a garden. We have built a garden. Everything works. It is the best combination of political freedom, economic prosperity and social cohesion that the humankind has been able to build – the three things together. And here, Bruges is maybe a good representation of beautiful things, intellectual life, wellbeing.

The rest of the world – and you know this very well, Federica – is not exactly a garden. Most of the rest of the world is a jungle, and the jungle could invade the garden. The gardeners should take care of it, but they will not protect the garden by building walls. A nice small garden surrounded by high walls in order to prevent the jungle from coming in is not going to be a solution. Because the jungle has a strong growth capacity, and the wall will never be high enough in order to protect the garden.

Yes, this is my most important message: we have to be much more engaged with the rest of the world.

Instead, Borrell continued later in his remarks portraying Europe as a superior “beacon” of civilization:

Believe me, Europe is a good example for many things. The world needs Europe. My experience of travelling around the world is that people look at us as a beacon.

Why [do] so many people come to Europe? Are there flows of illegal or irregular migrants going to Russia? Not many. No, they are coming to Europe but for good reasons.

Keep the garden, be good gardeners. But your duty will not be to take care of the garden itself but [of] the jungle outside.

In the same speech, Borrell claimed Europe is superior because of its “institutions”:

The big difference between us and an important part of the rest of the world is that we have institutions.

Despite his implications, countries across the Global South do indeed have independent judiciaries, tax services, free elections, traffic lights, and garbage collectors. But the EU’s top foreign-policy official apparently believes that the majority of the world’s population consists of illiterate knuckle-dragging cavemen.

Borrell evidently could see that his comments were racist, so he cautiously added, “I cannot go to emerging countries and build institutions for them – they have to be built by them. Otherwise, it would be a kind of neo-colonialism.”

But while he superficially rejected neocolonialism, Borrell’s remarks reflected a blatant neocolonialist mentality.

And the EU foreign-policy chief’s use of the term “emerging countries” made it clear that his rant was aimed specifically at the formerly colonized nations in the Global South.

In the same October 13 speech, Josep Borrell obliquely acknowledged that the West is fighting a new cold war against Russia and China.

Borrell made it clear that the EU’s goal is regime change in Moscow, to create a “post-Putin Russia” that can be integrated into the Western-dominated imperialist order.

“After this war [in Ukraine], it will become a period of instability and we will have to build a new security order,” he implored. “How do we integrate Russia – the post-Putin Russia – in this world order is something that will put a lot of work for people thinking on diplomacy, and on how to practice and to implement it.”

In the address, Borrell also praised US diplomat George Kennan, who was himself a staunch cold warrior and architect of the “containment” policy against the Soviet Union.

Borrell called this moment a “time of exceptional change,” and said, “We live in a world of power politics. The rules-based system that we defend is challenged like never before.”

In the entire speech, Borrell only once acknowledged criticism. “There are people who say that this war means the end for the European Union to have a foreign policy because we are following blindly the United States,” he conceded. But he insisted that this is false, and that Brussels is creating its own independent policies.

Borrell’s remarks followed a similar address given the day before by European Commission President Ursula von der Leyen at the EU Ambassadors Conference in Brussels.

As Multipolarista reported, von der Leyen warned that China and Russia are “threats” in a “war for the future of the entire world.”

The EU leader declared the China-Russia strategic partnership a “global challenge” to Western hegemony, and she called for weakening their influence in the Global South, cutting their access to raw materials, opposing Beijing’s Belt and Road Initiative, and expanding the EU.

She called to weaken their influence worldwide

Borrell complains ‘too many’ countries abstained in UN vote against Russia

In his October 13 address, Josep Borrell boasted that the European Union had spent a lot time and resources pressuring countries around the world to vote at the United Nations the day before to oppose the incorporation of the former Ukrainian regions of Lugansk, Donetsk, Kherson, and Zaporizhia into the Russian Federation.

“There was a lot of work behind it, a lot of outreach to many people in order to be sure that we were above the 140 line – which was the result of the first vote,” he bragged.

But he complained that “too many” countries in the Global South refused to condemn Russia.

“I have also to say that I am worried because there were too many abstentions,” Borrell lamented. “When more or less 20% of the world community decided not to support or not to reject the Russian annexation – for me, it is too many. It is too many.”

Discussing threat of nuclear war, EU pledges ‘the Russian army will be annihilated’

When discussing the proxy war in Ukraine, Borrell also cavalierly touched on the possibility of nuclear war. The EU foreign-policy chief pledged that, if the conflict escalates to that degree, “the Russian army will be annihilated”:

And then, there is the nuclear threat and Putin is saying he is not bluffing. Well, he cannot afford bluffing. And it has to be clear that the people supporting Ukraine and the European Union and the Member States, and the United Stated and NATO are not bluffing neither. And any nuclear attack against Ukraine will create an answer, not a nuclear answer but such a powerful answer from the military side that the Russian Army will be annihilated, and Putin should not be bluffing.

This is a serious moment in the history, and we have to show our unity, and our strength and our determination. Complete determination.

Borrell has repeatedly opposed attempts at brokering a peaceful, diplomatic settlement to the conflict in Ukraine. He instead publicly insists that the only solution is a military victory: “This war will be won on the battlefield.”

Touched by the resilience, determination and hospitality of @ZelenskyyUA & @Denys_Shmyhal.

1. This war will be won on the battlefield. Additional €500 million from the #EPF are underway. Weapon deliveries will be tailored to Ukrainian needs. pic.twitter.com/Jgr61t9FfW 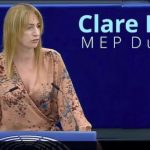 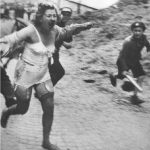