Enclosed are three articles reporting on the mass protests in Moldova in recent days and months calling on the present government to convene a national election. The country is gripped by a financial corruption scandal of its economic elite and a choice in economic relations it is told it must make between the European Union or Russia. 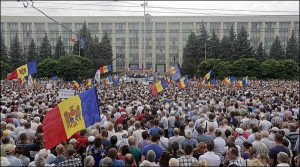 The new Moldovan government was sworn in at night, following a day of furious protests against the newly appointed pro-EU prime minister. Angry demonstrators clashed with police and stormed the parliamentary office shortly after the lawmakers’ vote.

The ceremony was initially postponed due to the protest. However, it became known post factum that the new cabined was sworn overnight in by the President Nicolae Timofti.

The unrest in the capital city of Chisinau reportedly calmed down in the evening, following an hours-long stand-off between activists and law enforcement officials.
According to reports, up to seven police officers and three protesters have been injured. 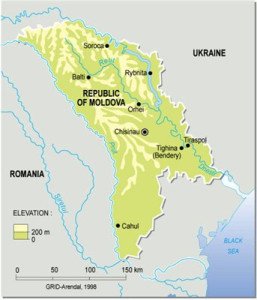 Rallying outside the Parliament office since around 10:00 in the morning local time, activists managed to break through police barricades and storm the building around 19:00.

Some police officers were reportedly dragged out of the building by the demonstrators. According to some reports the protesters also used tear gas against police.

Police detained several protesters after they broke into the parliament building, according to local media reports.

The protesters gathered in front of the parliament on Wednesday to demonstrate against the lawmaker’s decision to approve the pro-EU cabinet led by Pavel Filip. Thousands of demonstrators blockaded the building after the new government was approved without debate. 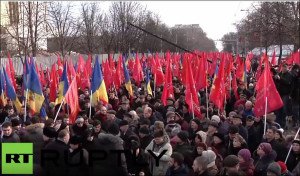 One of three rallies in Moldovan capital Chisinau on Jan 16, 2016 demanding national election

Pavel Filip was appointed to the post of Prime Minister by 57 votes out of 78. He was previously chosen by the country’s president as a compromise candidate after two earlier attempts to appoint a prime minister failed.

Moldavian law enforcements are now working in the Parliament building, in order to assess the damage.

“Accounts are being gathered and video is being studied. A few provocateurs have been identified,” speaker of the Moldovan Parliament Adrian Kandu said, adding that on Thursday morning “measures will be taken” to bring those responsible to justice.

The Moldovan opposition has been objecting to Filip’s appointment. The vice-chairman of the major pro-European Democratic Party, has close ties with its leader Vladimir Plahotniu, a former lawmaker, who was one of the major targets of massive public protests over a corruption and banking fraud scandal that came to light in October 2015.

Moldova has been home to political uncertainty for about three months after its previous government was ousted by a no-confidence vote in October. The country entered 2016 without a government and amid ongoing mass protests which started in early September 2015.

The latest massive rally calling for the dissolution of the parliament and snap elections was held on Saturday with about 20,000 people taking to the streets of Chisinau.

The unending anti-government protests are “just a culmination” of political developments in the country which have been ongoing for about 15 years, political analyst Aleksandar Pavic, told RT.

Moldavian elites pursued pro-European policy for more than 15 years with the country “being somehow integrated with the West on paper but in reality people were getting just more impoverished,” he said.

“People do not trust the government, the elites,” who “lost all credibility” in the eyes of the people that see them as “corrupt,” he added stressing that snap elections “are very likely to happen soon” but will not resolve the crisis.

Moldova’s ruling elite has been the target of constant anti-government protests following a media report of a $1.5 billion banking fraud prior to 2014 parliamentary elections. The fraud drove the banks to the verge of insolvency and wiped out an estimated eighth of the country’s GDP.

In September 2015, the protesters demanded the then government as well as leaders of a number of state institutions, including the heads of the central bank, attorney general’s office, and the country’s anti-corruption commission, to step down. At that time, from 30,000 to 50,000 people gathered on the streets of Moldova’s capital. On September 21, Moldova’s central bank governor, Dorin Dragutanu, resigned following the protests.

In the view of the banking scandal and the subsequent political crisis, the International Monetary Fund (IMF) withheld its funding to Moldova demanding a clean-up of its financial sector.

Tens of thousands protest in Moldova calling for elections

Thousands of people have taken to the streets of Moldova’s capital, Chisinau, in anti-government protests demanding the dissolution of parliament and snap elections amid an ongoing political crisis.

According to police sources, more than 20,000 joined three different rallies that were organized by both the left Socialist Party of Moldova and the central-right Civic Platform DA.

The protesters chanted “We are the people!” “Moldova!” “Elections!” “Victory!” “Off the dictatorship!” and “Rogues and thieves have five minutes to pack up!”

The protesters call on the Moldovan president and chief prosecutor to resign, demanding early elections and prompt measures against corruption. They also oppose the nomination of the country’s Minister of Informational Technologies and Communication, Pavel Filip, to the post of the Prime Minister.

Despite having common goals, Moldova’s right and left wing political forces are promoting very different platforms, RT’s correspondent on the scene, Nadira Tudor, reports. This is why their rallies were staged separately.

The majority of the right is in favor of closer integration with Europe, while the Socialist block seeks closer ties with Russia. Moldovan President Nicolae Timofti named Filip, who is the third nominee proposed for the PM position, as a compromise candidate following two previous unsuccessful attempts to appoint a Cabinet head.

He is a compromise figure, who should receive a vote of confidence and resolve the pressing issues facing the country,” Timofti told journalists.

“Filip has won support from the parliamentary majority of 55 lawmakers. As long as we are nearing the deadline for appointing a new prime minister, we have decided not to waste time. My previous nominee, Ion Paduraru, has withdrawn his candidacy,” President Timofti said, adding that the country’s parliament was obliged to approve a new government by January 29, TASS reports.

Filip was proposed for the post of the PM on Friday after securing support of 55 out of 101 MPs. Timofti refused to nominate Vladimir Plahotniuc, the leader of the Democratic Party and one of the country’s richest people, despite pressure from the pro-European coalition, according to Reuters.

The nomination of Filip, who is vice-chairman of Plahotniuc’s party, is aimed at ending a confrontation between the Moldovan president and the Democratic Party, which won 55 seats in the parliament, securing a majority.

Plahotniuc, who is also a former lawmaker, was one of the major targets of massive public protests over a corruption and banking fraud scandal that came to light in October 2015.

The president said that Plahotniuc “fails to meet the criteria of a candidate for the post of prime minister,” TASS reports.

The rallies on Saturday ended peacefully, but the protests are expected to continue as soon as the parliament announces a date for discussing the appointment of a new Cabinet headed by Filip.

Moldova has witnessed political unrest for about three months, with tensions high on both sides of political spectrum. The country entered 2016 without a government amid unending mass protests that have lasted since early September of last year.

Massive protests broke out in Moldova in the spring of 2015 after the media reported the theft of about $1.5 billion from three Moldovan banks prior to the 2014 parliamentary elections. The fraud drove the banks to the verge of insolvency and wiped out an estimated 1/8th of the country’s GDP.

At that time, Moldova’s ruling Alliance for European Integration coalition was strongly criticized by foreign donors, including the European Union and the World Bank, which subsequently suspended their financing of the country.

The Socialist Party (PSRM) and its ally Partidul Nostru would get nearly 60% of seats in parliament in would-be early elections in Moldova, according to a poll released by the Association for Sociology and Demography, which took place between January 8-16. Only five parties would meet the 6% threshold needed to enter parliament.

Notably, neither the Liberal Party (PL), currently part of the parliamentary majority struggling to form a government, nor the Liberal Democrat Party (PLDM) of former prime minister Vlad Filat, who is currently under arrest amid corruption allegations, would meet the 6% parliamentary threshold.

Of the polled persons, 65% wanted early elections while 23% were against.

The new party of the civic platform DA (Dignity and Truth) would get 17.0% of the seats while the European Popular Party of former Prime Minister Iurie Leanca would get 12.1%. The pro-European parties would thus get just half of the vote of the pro-Russian parties.

The Democrat Party of Marian Lupu, but de facto headed by vice-president Vlad Plahotniuc, would barely meet the 6% threshold in would-be early elections.

The poll on the credibility enjoyed by politicians is consistent with the poll on parties. The Socialst Parties’ Igor Dodon received 15.2% of the votes when the polled sample was asked about their most trusted politician. Renato Usatii (Partidul Nostru) followed with 14.9%. The third most trusted politician was former education minister Maia Sandu (9.4%), who is expected to launch her own political party. 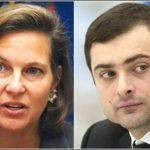