A compassionate piece from the FT’s Andean correspondent about why Peru’s president-elect wants locals to benefit from their natural resources.

The FT’s USP is that it informs investors about what is really going on in the world, many aspects of which the western MSM fails to do. Interestingly, it describes Castillo as “Peru’s president-elect,” which hopefully is correct but as things stand, somewhat premature.

As I stepped off the plane at Cajamarca airport, the billboard that greeted me was a little disconcerting for a foreigner. “Peru for the Peruvians,” it proclaimed in big red and white letters. “No more plundering, no more mafia.”

In case I had any doubts, I had arrived in the homeland of Pedro Castillo, the rural primary school teacher and trade union activist who built a presidential election campaign around resource nationalism. Little known even in Lima until a few months ago, Castillo surprised everyone by winning this month’s election to become Peru’s president in waiting.

One of nine children, he grew up in poverty in rural Cajamarca, a mountainous region in the far north of Peru. As a young boy, he walked hours to get to school and helped tend his family’s crops. The reality of life in Cajamarca has clearly shaped his thinking.

At the heart of his campaign was a simple question: why, in a country so rich in natural resources, are so many people so poor?

The question is especially relevant in Cajamarca. The region produces 26 per cent of Peru’s gold and is home to Yanacocha, the largest gold mine in South America, which for three decades has generated millions of dollars for American, Peruvian, French and Japanese owners. And yet Cajamarca is one of the poorest parts of the country, home to sixteen of Peru’s 20 most impoverished municipalities.

The poverty became evident as I travelled to Chota, the town closest to the tiny hamlet where Castillo was born. As we left the regional capital, the road climbed upwards through the Andes. Alongside it, mud-brown adobe houses were daubed with election graffiti and women scratched out a living selling fruit and corn snacks. Many wore the sombrero chotano — the huge straw hat that Castillo wears as a symbol of his Cajamarquino roots.

Eventually, Yanacocha swung into view, a huge brown open-pit crater in the green Andean landscape. From the mine, we drove higher still, reaching a breathtaking 3,955 metres at the Coimolache pass, where another foreign company, South Africa’s Gold Fields, is carving more minerals from the earth.

Then we dropped down through a dizzying series of hairpin turns to Chota, nestled in a valley and enveloped in mist. The roads in the town were pockmarked with holes and strewn with rubble. In the town market, farmers in ragged ponchos hawked their wares — sometimes just a small pile of potatoes, Andean tubers or beans laid out on a blanket.

“If you’d have come here 30 years ago it wouldn’t have looked much different,” said José Colunche, who had travelled to Chota that morning to sell produce from his farm. “Everyone thought the mines would bring wealth but I haven’t seen much evidence of it.”

The mining companies say Cajamarca would be poorer still were it not for them.

US-headquartered Newmont, the world’s biggest gold mining company and Yanacocha’s majority shareholder, says the mine has provided over $1bn in environmental and social responsibility projects since it started operations in the 1990s. It says nearly two-thirds of the mine’s revenue is ploughed back into the local economy in wages, taxes, goods and services and that it employs 1,400 workers directly and supports a further 40,000 Peruvian jobs. Two-thirds of workers at the mine are residents of Cajamarca. According to Newmont, in 2019, Yanacocha paid over $100m to the Peruvian government in taxes and other payments, and indirectly contributed a further $330m to the local economy.

If there is a problem, Peru-based mining companies say, it is not the money they generate for the country, but how it is spent, squandered or stolen.

Castillo has vowed to squeeze more money from Peru’s miners, but locals are sceptical.

“We’re proud that a man from Cajamarca, and a man from the countryside, is going to be president,” said Juan Mantilla, a printer from Cajamarca. “But we know that with the economic elite trying to undermine him, with no majority in congress, and with a team that lacks political experience, it’s not going to be easy.” 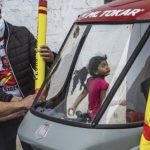 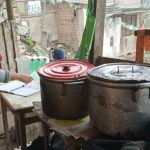