Kiev is going to receive a new tranche of the $17.5 billion loan from the IMF despite concerns over its growing national debt and shaky truce in eastern Ukraine torn apart by civil war. In return, the IMF expects Kiev to put its economy “on the path to recovery”. The Ukrainian government will get $1.7 billion, one tenth of the $17.5 billion financial assistance program conditionally approved by the IMF executive board in March 2015. 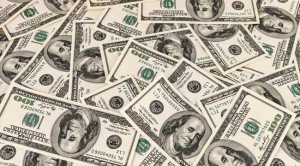 Back in March, Kiev received $5 billion of initial disbursement under the IMF financial assistance program. The policy of the Washington-based institution, representing 188 countries, implies that the IMF would provide financial assistance only to a country that is “sustainable with high probability” of repaying debt.

The IMF assistance program to Ukraine is designed for a period of four years and implies financial assistance to the Kiev authorities to be confirmed gradually, in return for implemented reforms in Ukraine, aimed, according to the IMF statement, to “put the economy on the path to recovery” and “strengthen public finances”.

“Ukraine has been an incredibly encouraging situation,” IMF managing director Christine Lagarde said earlier this week. “We have seen political determination to change the face of Ukraine,” she said.

Kiev has welcomed the new tranche, promising to use it for the replenishment of reserves at the National Bank. “The new tranche will encourage growth in the economy and reassure financial markets both domestically and internationally,” the Ukrainian Finance Ministry said in a statement.

However, the economic situation in Ukraine is harsh. The country’s national debt is expected to reach 135 percent of GDP this year, practically double from last year’s 70 percent.

After Ukrainian President Viktor Yanukovych was ousted in early 2014, the country’s new government initiated a number of tough economic programs designed by the IMF, including sharp increases in utility charges, major cuts to social programs and other unpopular measures. A large number of workers have either lost their jobs or have to wait for months to get their wages paid.

But the IMF’s first deputy managing director, David Lipton, believes that the Ukrainian authorities have made a “strong start” in implementing promised economic reforms. “The momentum needs to be sustained, as significant structural and institutional reforms are still needed to address economic imbalances that held Ukraine back in the past,” Lipton said.

To lessen the financial burden on the country, Kiev authorities have recently asked international credit organizations to write off as much as 40 per cent of the country’s debt. The creditors, headed by U.S. investment firm Franklin Templeton, have agreed to cut only five per cent.

Within the coming four years, Kiev will have to pay $15.3 billion to private creditors, the IMF said. “In the event that talks with private creditors stall, and Ukraine determines that it cannot service this debt, the Fund could continue to lend to Ukraine consistent with its Lending-into-Arrears Policy,” Lipton said.

In turn, U.S. Treasury Secretary Jacob Lew said that Washington “strongly supported” the IMF’s decision to loan a new tranche to Ukraine. “We urge the creditors participating in the ongoing debt operation to reach a timely agreement with the Ukrainian authorities that fully satisfies the criteria outlined in Ukraine’s IMF program – including the debt sustainability target,” Lew said.

Ukraine has won approval from the International Monetary Fund for the next installment of a $17.5 billion bailout as the country tries to climb out of a recession and negotiate a debt restructuring with creditors. The fund’s executive board on Friday approved a disbursement of $1.7 billion after the first review of the program, the IMF said in a statement.

The latest disbursement brings to $6.7 billion the amount released to Ukraine so far under a March 2015 agreement [of $17.5 billion], the IMF said. The latest tranche is expected to be disbursed “in the coming days,” the country’s Finance Ministry said in a separate statement.

“In recent months, the exchange rate has stabilized, domestic-currency retail deposits have been increasing, and the pace of economic decline is moderating,” he said.

Ukrainian officials need to sustain the reform momentum after a “strong start” implementing the conditions of the bailout, Lipton said. Keeping monetary policy tight and building up official currency reserves will be “critical” to stabilizing capital flows and anchoring inflation expectations, he said.

The government and a group representing creditors agreed in a joint statement July 16 to work on “narrowing the gaps” between their proposals after meetings in Washington attended by Finance Minister Natalie Jaresko.

Lipton urged Ukraine to reach a debt deal before the next review of the loan program. However, he reiterated that the fund can continue lending to Ukraine even if talks with creditors stall.

In a separate statement, U.S. Treasury Secretary Jacob J. Lew encouraged Ukraine and its creditors to reach a “timely agreement” that satisfies the criteria laid out by the IMF, which include reducing public debt to gross domestic product to 71 percent by 2020.

Lawmakers in Kiev this month passed laws on utility prices, anti-corruption efforts, deposit guarantees and improvements in the ability of the state energy company to collect receivables.

After completing a staff mission to Ukraine in May, IMF officials reduced their economic projection for the country to a contraction in GDP of nine per cent this year.