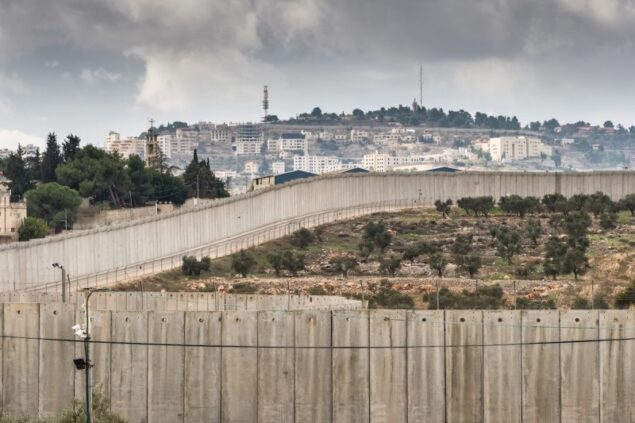 Separation wall between Israel and the West Bank near Jerusalem. Photo by Mazur Travel/Shutterstock.

Joe Roberts spent ten years of his career running Jewish communities as an executive in the Jewish Federation movement across North America—much of which was during repeated conflicts in Israel-Palestine. In this remarkably forthright piece, Roberts explains how he now feels about this, his path to repentance and the impact this will almost certainly have on his friendships within the community to which he belonged for so many years.

The last ten years of my career were spent running Jewish communities as an executive in the Jewish Federation movement across North America—it was a career quite literally bookended by conflict in Israel-Palestine. As the most recent round of violence exploded, Jewish communal organizations sprang into action, issuing statements blaming Palestinians for their own suffering and lack of sovereignty, ahistorically casting Israel as a wholly innocent victim.

During the time I spent at Federations in Boston, Los Angeles, Columbus, and London, Ontario, 3,590 Palestinians lost their lives at the hands of Israel’s security forces. I feel a level of complicity in each of their deaths. It is a sin I must bear. While I never personally picked up a weapon or wore the uniform of the Israel Defence Forces, a portion of every dollar I raised for Jewish Federations helped to create the material conditions that brutalize and subjugate Palestinians.

In Judaism, the concept of sin is not a state of permanence. In fact, when translated, the Hebrew word for sin literally means “to go astray.” That means that in the eyes of the almighty, we have the opportunity to find our path back to righteousness through t’shuvah, or repentance. To truly be repentant, we must first confess our transgressions, show true regret, and finally vow never to repeat our misdeeds.

For me, the path to repentance means that the words written here will likely alienate me from a community of friends and colleagues built over the course of a decade. That is a price I am willing to pay.

I am not alone in my position. In an EKOS poll of Canadian Jews, 37 percent say that they have a negative opinion of the Israeli government. That’s hardly the monolithic support for Israel that Jewish communal organizations claim to represent and it certainly doesn’t make one in four of us “anti-Israel” or “self-hating.” To the contrary, it makes us more concerned with Israel living up to its purported values than succumbing to nationalist violence to achieve its goals.

For my peers, younger Jews who have only ever known Israel as an occupier and military power, the split is even more pronounced. In the 2018 Survey of Jews in Canada, nearly half of Canadian Jews under 30 report being criticized for expressing concern about the policies of Israel. It’s not surprising. Jewish communal organizations work hard to stifle dissent, shaming those who would question the morality of Israel and driving out anyone with a differing viewpoint.

For organizations like the Centre for Israel and Jewish Affairs (CIJA) and Jewish Federations, there is only one acceptable view: blanket support of Israel’s policies that have led to the dehumanization of Palestinians. Far from democratic or representative of Canadian Jews, the boards of directors of Federations and communal organizations are mostly packed with obtuse and reactionary voices in Jewish communities and those with the most money to put behind their words. Rather than being the mainstream of Jewish communal life, those voices are the extreme.

Jewish communal and advocacy organizations know full well they often represent only the most hardline voices in our communities but would rather support the morally bankrupt leadership of Benjamin Netanyahu, pedaling an ideology that ends in the bombing of civilians in Gaza or the theft of Palestinian land in the West Bank, than to be truly representative of the opinions of Canadian Jews. The 54-year occupation, tacitly supported by CIJA, Jewish Federations, and other communal institutions, has led to what Human Rights Watch and B’Tselem, Israel’s largest human rights organization, call apartheid and is directly responsible for this moment of devastation.

In our tradition, we seek t’shuvah not only for ourselves, but also for the entirety of the Jewish people. It’s time. It’s time to admit the sins done against the Palestinian people and begin the long path of repentance. It’s time to listen to the voices demanding an end to violence and occupation that has been ever present throughout the entirety of our lives. It’s time to end this and vow: never again.

Joe Roberts is a veteran political strategist in both the US and Canada, Executive Director of the Centre for Canadian Progress, Co-Host of the political podcast New Left Radio, and Managing Director at Jewish Currents Magazine. Follow him on Twitter @Joe_Roberts01. 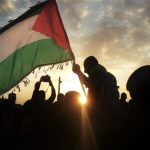 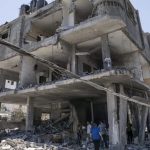