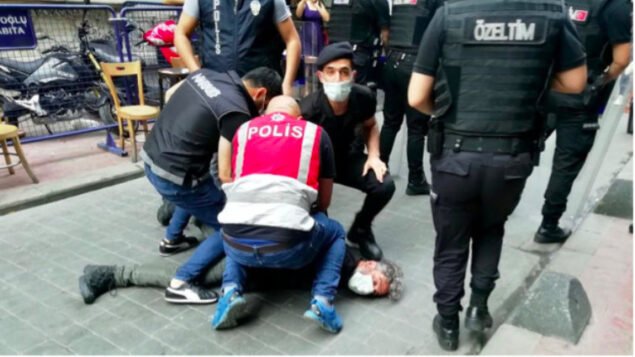 Turkish police have detained Agence France Presse photojournalist Bülent Kılıç during the Pride march in Istanbul’s Taksim as he was covering the event. Kılıç was heard shouting “I can’t breathe” as police officers kept pressing their knees into his back.

Turkish police on June 26 detained AFP photojournalist Bülent Kılıç as he was covering the Pride march in Istanbul’s Taksim.

Kılıç, AFP’s award-winning chief photographer in Turkey, was covering police brutality against the LGBTI+ community when he himself was subjected to minutes of violence.

In a video shared on Twitter, Kılıç is seen surrounded by police officers with some of them pressing their knees into the photojournalist’s back.

Upon standing up, Kılıç told the officers that he will file a complaint.

The incident was reminiscent of the police brutality that George Floyd suffered in the U.S. Floyd died on May 25 last year and Derek Chauvin, the former police officer, was sentenced to 22,5 years in prison.

Kılıç was released later on June 26 and said that the police aimed to kill him.

“I was tried to be suffocated,” he said on Twitter early on June 27, adding that he will make sure that those responsible are tried.

He also shared pictures that he took before being detained.

Turkish police have once again brutally dispersed the Pride march in Istanbul’s Taksim and carried out detentions, including a person who told the police that their child can’t sleep due to the sounds of stun grenades. 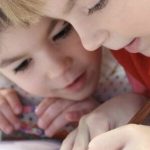 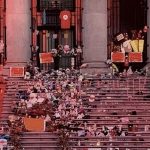