By Steven Chase and Robert Fife, The Globe and Mail, Wednesday, April 27, 2016

A huge coalition of human-rights, development and arms-control groups are urging Prime Minister Justin Trudeau to rescind the “immoral and unethical” decision to approve export permits for the bulk of a $15-billion sale of combat vehicles to Saudi Arabia. 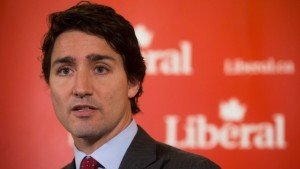 The coalition wrote an open letter to Mr. Trudeau on Wednesday, saying there is a reasonable risk that the ruling House of Saud will use the vehicles against its own citizens and in the Saudi military mission in neighbouring Yemen. [Full text of letter below.]

Existing export controls policy calls for Ottawa to restrict arms sales to governments that have a “persistent record of serious violations of the human rights of their citizens,” and that are “involved in or under imminent threat of hostilities.”

“By any measure there is a very strong risk that these light armoured vehicles in the hands of Saudi security services would be used to violate international human rights,” Alex Neve, secretary-general of Amnesty International Canada, told a news conference. “It is civilians in Yemen or protesters and dissidents in Saudi Arabia who would pay that $15-billion price tag.”

Mr. Neve said the Saudis have used an array of weapons in Yemen, including light armoured vehicles, that have resulted in the death of 3,000 civilians, 20,000 civilian injuries and the displacement of 2.5 million people.

“We are saying to the Prime Minister we need to honour our human-rights obligations. That is what the world will notice and that requires rescinding this deal,” Mr. Neve said.

“We believe [its] integrity has been utterly compromised with the government’s decision to proceed with the largest arms sale in Canadian history to one of the world’s worst human-rights violators,” the groups said. “To provide such a large supply of lethal weapons to a regime with such an appalling record of human-rights abuses is immoral and unethical.”

Rideau Institute president Peggy Mason, who helped to write the export control guidelines in 1986, said the rules clearly stipulate that approval should not be granted if there is a “reasonable risk” that the weapons will be used against civilians.

“This cannot be said to be the case with respect to the $15-billion deal for Saudi Arabia,” Ms. Mason said as she countered arguments that the deal will create 3,000 jobs at the General Dynamics plant in London, Ont. ‘It is a pernicious argument to assert that Canadian jobs must depend on the killing, maiming, injuring and repressing of innocent civilians abroad.”

Signatories include Amnesty International, Project Ploughshares and a dozen others, including the Canadian Council for International Co-operation, an umbrella organization for more than 80 groups such as the Aga Khan Foundation Canada, the Canadian Labour Congress, the United Church of Canada and Canadian Lutheran World Relief.

The open letter represents the largest opposition arrayed so far against the sale of weaponized armoured vehicles to Saudi Arabia, a country notorious for its treatment of dissidents, prisoners, women and members of minorities that has been accused by a United Nations panel of massive human-rights violations.

A Saudi-led Arab coalition has been blamed for indiscriminately targeting civilians while fighting a war in Yemen against rebels aligned with Iran.

The rationale for the export permits signed by Mr. Dion includes the expectation the armoured vehicles would be used by Saudi Arabia to pursue its war in Yemen.

Mr. Dion defends his decision to allow exports by saying the Department of Global Affairs “has no evidence” that Saudi Arabia has used previously exported combat vehicles against civilians.

However, the groups say Ottawa’s own rules call for a higher threshold of due diligence.

“Prime Minister: the decision to proceed with this arms deal undermines not only the public’s trust in our export control system, but also the core values that define Canada’s character as a nation,” the groups write.

The Liberals are on the defensive after court documents released earlier this month revealed that Mr. Dion, not Stephen Harper’s Conservatives, signed the export permits to allow 70 per cent of the transaction to ship to Saudi Arabia.

The decision to issue export permits represents the most vital step in determining whether a weapons shipment to a foreign country can proceed or whether it’s “illegal,” as Ottawa calls it.

The revelation that Mr. Dion greenlighted the bulk of this deal runs contrary to the Liberal claim that the Liberal government’s hands were tied on the Saudi deal.

Many observers had assumed the Conservatives had granted export permits when they signed the deal.

The Liberal signature on the export permits means that the Liberal government has taken full ownership of a decision to sell arms to a country notorious for human-rights abuses.

Federal arms-control officials drive the same point home in e-mails obtained and published by The Globe and Mail last year, where they tell Global Affairs colleagues that there were no assurances the $15-billion transaction was approved until export permits were processed.

In 2014, the department undertook an initial review of the deal to check for “red flags.” It found none, but Debbie Gowling, a senior official in the export controls division, reminded the department that there was no guarantee the sale was officially approved by Ottawa until permit applications were scrutinized.

Re: Open Letter to the Prime Minister on Saudi arms deal authorization

We, the undersigned, wish to express our profound concerns about the issuance of export permits for Canada’s multi-billion dollar arms deal with Saudi Arabia, despite the flagrant incompatibilities of this contract with the human rights safeguards of our export controls.

To provide such a large supply of lethal weapons to a regime with such an appalling record of human rights abuses is immoral and unethical. The spirit and letter of both domestic export controls and international law support this view. The government has had every opportunity to uphold this position, but has chosen not to. We therefore ask the government to rescind the export permits, ensuring that this deal does not go ahead unless and until relevant human rights concerns have been resolved.

The effectiveness of Canada’s export control regime is contingent upon its ability to produce objective, reliable assessments related to export permit applications. We believe the regime’s integrity has been utterly compromised with the government’s decision to proceed with the largest arms sale in Canadian history to one of the world’s worst human rights violators.

The $15-billion contract with Saudi Arabia is precisely the type of deal that Canada’s export controls are intended to prevent. The Government of Canada must enforce our existing export control policy and regulations, which should prohibit arms sales to governments that have a “persistent record of serious violations of the human rights of their citizens,” and that are “involved in or under imminent threat of hostilities.” That process should be transparent and must prevail over other economic or strategic considerations.

The Minister of Foreign Affairs has stated that Canada “has no evidence” that Saudi Arabia has used Canadian-made goods against civilians. However, the threshold established by Canadian export controls to assess the possibility of misuse is neither “evidence” nor “certainty” but “reasonable risk.” Given what is known about Saudi Arabia’s abysmal—and worsening—human rights record, both within Saudi Arabia and in neighbouring Yemen, we consider this risk to be evident, and categorically express our deep reservations about the strength of an export control system that has apparently determined otherwise.

We recognize the prospective economic benefits that a contract of this magnitude would entail and that there are many commercial, security and strategic dimensions to Canada’s relationship with Saudi Arabia. But these are not meant to be, and should not be, considerations when the application of Canada’s export control guidelines indicates a finding of “reasonable risk” of continuing violation of international humanitarian and human rights obligations by the Saudi government. Long notorious for the systematic violation of rights of Saudi civilians, Saudi Arabia has now been accused by a UN panel of experts of ‘crimes against humanity’ as a result of the “widespread and systematic” targeting of civilians by the Saudi-led coalition in neighbouring Yemen.

We urge you to consider seriously whether our export controls have served their intended purpose with the authorization of this deal. We believe they have not. Our export control system must ensure that export authorizations are granted for only end-users that are in full compliance with applicable safeguards, and this cannot in any way reasonably be the case with Saudi Arabia.

Your government’s authorization of this deal also casts serious doubt over Canada’s readiness to abide by the legally binding obligations and intent of the Arms Trade Treaty, which Canada has announced it will join in the near future. Having said this, it is our hope that ATT ratification will constitute an occasion to improve the legal and political machinery for regulating Canadian arms exports, and we stand ready to contribute to any and all efforts in this regard. That must include much greater transparency as to the criteria and process that are used to assess the human rights implications of any proposed arms deal.

Of this we are convinced, Prime Minister: the decision to proceed with this arms deal undermines not only the public’s trust in our export control system, but also the core values that define Canada’s character as a nation.

With respect and good wishes,

Release of the 28 secret pages from the congressional 9/11 report may be long overdue, but the depth of Saudi involvement with Islamic radicals goes much deeper, says Gareth Porter at Middle East Eye.

As the Obama administration belatedly weighs releasing the 28 pages on the Saudi role in 9/11, Americans should not be fooled by claims minimizing the Saudi involvement, writes 9/11 widow Kristen Breitweiser. 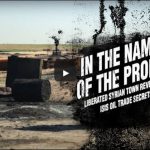