Britain is ramping up its military rhetoric, sending its biggest warship for NATO drills in the Baltic, right off the Russian coast, in this latest show of force. The drills kick off on June 5 and will last for two weeks. The helicopter carrier HMS Ocean is expected to reach Russia’s city of Kaliningrad sometime this week, carrying aboard about 80 Royal Marines who are to join other NATO troops in Poland, the Sunday Times reports. 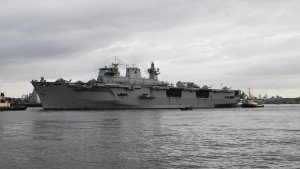 Named ‘Baltops 15,’ the games’ objective remains, as before, to test battle-readiness and in so doing continue to voice disapproval over the situation in Ukraine. The Baltic nations believe Russia poses a military threat to Europe and are using its alleged actions in Ukraine as pretext to show off their own military prowess and push for increased NATO presence in the region.

The international fleet of vessels to take part in the games will include close to 50 warships and submarines, some of which will assemble as close as 50 miles to the Russian border, in the Gulf of Gdansk. Some other weapons featured in the games will be American B-52 nuclear bombers, which have stood for decades more as a symbol of Cold War readiness than anything else.

The little space just off the Russian city of Kaliningrad is one of the country’s most heavily guarded – housing three air bases, thousands of soldiers and the Russian navy’s Baltic fleet, as well as being home to the command headquarters for all of Russia’s air and maritime intelligence missions in Europe.

It’s also squeezed between two NATO members, neither of whom are big fans of Russia: Poland and Latvia.

The Brits, together with the Americans and others will carry out an amphibious landing near the western Polish town of Ustka – the display is set to be the centerpiece of the games. The forces will storm a beach from HMS Ocean, under cover of Apache helicopter fire.

The Sunday Times writes that regional military forces are forecasting not only Russian eyes on the exercises, but that the Russians will attempt to somehow disrupt them.

The latest ratcheting up of tensions comes amid a Cold-War low in relations between Russia and NATO. Russia’s neighbors have been using every opportunity to condemn it in comments or otherwise show disapproval.

Russia has been reacting with promises to ramp up security in Crimea.

“Naturally, we will increase our forces in Crimea because NATO countries have stepped up their activities… in the immediate vicinity of our borders,” said Russia’s envoy to NATO, Aleksandr Grushko, in mid-May.

He said Russia’s military boost falls in line with international treaties. “There is no ban in place prohibiting us to deploy weapons [in Crimea],” he added. His words follow NATO Secretary General Jens Stoltenberg’s statement made the previous day concerning the Alliance’s plans to increase military activity on its eastern European borders, with more air and sea patrols, amid non-stop exercises.

‘No promises’ on EU membership for Eastern states at Riga summit, May 22, 2015 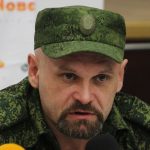 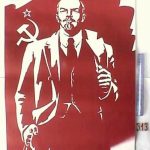