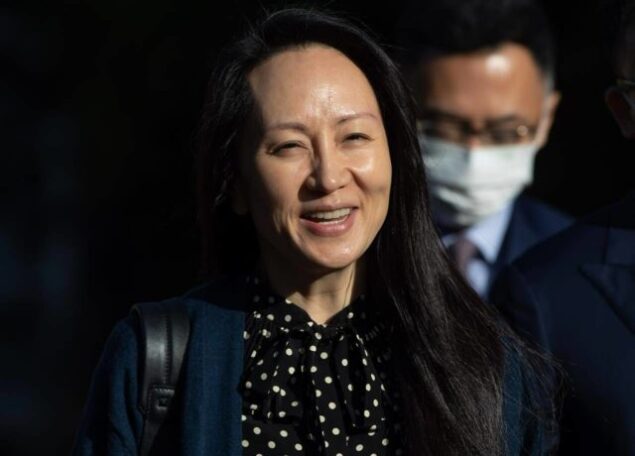 Meng Wanzhou pleaded not guilty to all charges in a New York courtroom Friday, even as a U.S. judge signed off on a deferred prosecution agreement that all but ended the 34-month saga of the Huawei executive’s detention in Canada.

Meng Wanzhou pleaded not guilty to all charges in a New York courtroom Friday, even as a U.S. judge signed off on a deferred prosecution agreement that all but ended the 34-month saga of the Huawei executive’s detention in Canada.

Meng, who appeared in court via video link, answered most of Judge Ann Donnelly’s questions with simple yes and no answers, all with the help of a court-appointed translator.

She was also scheduled to appear in court in Vancouver later Friday.

Details of the agreement were not released in open court, but Donnelly signed off on a personal recognizance bond that grants Meng’s freedom, subject to certain conditions, once the proceedings in Vancouver are complete.

“Ms. Meng, how do you plead to the charges — guilty or not guilty?” she asked.

“Not guilty,” Meng replied through her interpreter.

Assistant U.S. attorney David Kessler told court that as soon as the agreement was approved, the U.S. Justice Department would formally notify Justice Minister David Lametti that it would be withdrawing its extradition request.

The agreement, Kessler explained, would allow for the charges against Meng to be dismissed after Dec. 1, 2022 — four years foll the date of her arrest — provided that she “complies with all her obligations” under the terms of the deal.

“Should the offices pursue the prosecution that is deferred by this agreement, Meng stipulates to the admissibility of the statement of facts … in any proceeding against her,” he said.

“Meng further agrees that she and her lawyers, and representatives authorized to speak on her behalf, will not make any statements after entry into this agreement that may contradict any of the facts in the statement of facts.”

Donnelly also agreed to exclude the four-year term of the agreement from the terms of the Speedy Trial Act, a U.S. law that’s designed to prevent lengthy procedural delays from impeding the administration of justice.

Donnelly repeatedly asked Meng if she had read and absorbed the terms of the agreement, including an attached statement of facts, and had carefully vetted its contents with her lawyers.

“Are you entering into this agreement voluntarily and of your own free will?” the judge continued. “Yes,” came the reply.

Meng was originally detained in Vancouver in December 2018 at the behest of the U.S., where a 13-count grand jury indictment accused the company and Meng, the daughter of Huawei founder Ren Zhengfei, of misrepresenting their ownership of Hong Kong-based subsidiary Skycom between 2007 and 2017 in order to circumvent American sanctions on Iran.

The agreement could prove a critical step in Canada’s efforts to secure the release of Michael Kovrig and Michael Spavor, two Canadian citizens who were detained in China following Meng’s arrest.

While China has publicly maintained there is no connection between the Meng case and the imprisonment of Kovrig and Spavor, it has dropped broad hints that if she were allowed to go free, that could benefit the two Canadian men.

Cong Peiwu, China’s ambassador to Canada, reiterated that view in an interview with The Canadian Press earlier this month.

“I would like to suggest, as I always point out that if the Canadian side can take resolute matters to correct its mistake and release Madam Meng at an early date, it will surely help the relationship between our two countries go back to normal,” Cong said.

Kovrig is a Canadian diplomat on leave to the International Crisis Group, a peace-building non-governmental organization. Spavor is an entrepreneur who tried to forge people and business ties to North Korea. They were detained on Dec. 10, 2018.

Earlier this year, Kovrig and Spavor were both convicted of spying in closed Chinese courts — a process that Canada and dozens of allies say amounts to arbitrary detention on bogus charges in a closed system of justice with no accountability.

China disputes the criticism, accuses Canada of being a lapdog of the U.S. and has repeatedly demanded Meng’s immediate release. China says the U.S. is simply trying to prevent Huawei from asserting its dominance in the international telecommunications market.

Spavor received an 11-year sentence, which has fuelled speculation that he could be simply deported by China. Kovrig has yet to be sentenced.

Earlier this month, as Kovrig and Spavor marked 1,000 days in Chinese prisons, their supporters staged marches in Ottawa, New York, Washington, Brussels, Singapore and across Asia, Africa and Latin America.

The marches were intended to replicate the 7,000 steps that Kovrig has tried to walk every day in his cramped jail cell, part of his monastic ritual to maintain his physical and mental well-being.

Spavor and Kovrig are not allowed to see family or lawyers (except in the case of their separate trials earlier this summer) and have been limited to visits from Canadian diplomats roughly once a month.

Meng has been free on bail, wearing an ankle bracelet, and living under court-ordered conditions at her gated home in an exclusive Vancouver neighbourhood.

B.C. Supreme Court Associate Chief Justice Heather Holmes reserved her decision on Meng’s extradition in August, saying only that she would set a date for her ruling soon.

It was the culmination of a nearly three-year legal fight by Meng’s lawyers to prevent her from being extradited to the United States to face the charges. 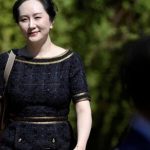 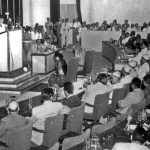