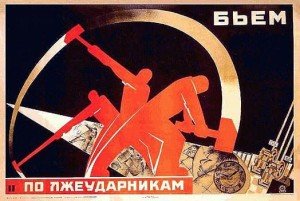 My recent discussion of the anti-Russia sanctions – in which I said they would almost certainly be extended in July 2016 – begs the question of how serious for Russia they actually are?

My view is that the sanctions have had a much bigger impact on the Russian economy than the Russian government is prepared to admit, and that they have made the recession much worse than it would otherwise have been. However, with every passing month, their effect is diminishing, and their end result will be to leave Russia economically stronger and in much better shape than it would have been in if they had never been imposed.

Before explaining this, it is necessary to say something about the reasoning behind the sanctions, and why the Russians are in my opinion absolutely right to resist them.

When all is said and done, sanctions are a form of blackmail. The U.S. and its allies imposed them on Russia in order to force Russia to do what they wanted in Ukraine. That is blackmail, however justified it might be, however it is dressed up and whatever it is called.

Regardless of what view one takes of Russian policy in Ukraine, capitulating to U.S. demands to get the sanctions lifted would for Russia have been extremely dangerous. Anyone with any knowledge or experience of blackmail knows that the biggest mistake one can make with a blackmailer is to submit to his demands. All that does is pave the way for more and more demands.

Had Russia capitulated to the U.S. over Ukraine because of the sanctions, it would have shown weakness. The U.S. would have learned that Russia is a country that submits to pressure.  More demands – backed by more threats of more sanctions and more pressure – would have followed. These would, in time, have covered the whole spectrum of the U.S.-Russia relationship, including the war in Syria, arms control, the conduct of court cases in Moscow, compensation for the Yukos shareholders, the way votes in Russian elections are counted, or whatever.

The best possible response to a blackmailer is to refuse to acknowledge his blackmail – and that is exactly what Russia has done.

There is no doubt the Russians understand this. That is why – as I discussed recently – Russian leaders like Putin, Lavrov, Ivanov and Patrushev say Russia refuses to talk about the sanctions with Western leaders.

What price, however,  has Russia paid for doing this?

The big effect of the sanctions is that it has cut off Russian banks and companies from their traditional sources of financing in the West.

When oil prices crashed in 2014 there was a fairly common view that the Russian banks would default, thereby compromising Russia’s credibility with its lenders. Instead – encouraged by the government – they have chosen to pay their debts off.

What that has meant in practise is that Russian banks and companies are paying off their foreign debt and are doing so at a blistering rate. In July 2014, when the sanctions were imposed, Russia’s total foreign debt (state and private) was $733 billion.  As of 1st January 2016 it had fallen to $515 billion.

It needs to be said clearly that this is absolutely not what would have happened if the sanctions had not been imposed. Had there been no sanctions, the response of Russian banks and companies to the fall in income caused by the oil price fall would have been to borrow more and ask Western creditors to agree to roll over existing debt. That would have put significantly less pressure on the rouble, causing inflation and interest rates to go up less, and would have made the recession significantly more shallow.

The price paid would, however, have been a significant rise in foreign debt, which would have constrained growth in the future.

Instead, because of the sanctions, Russian banks and companies have been forced to pay off their foreign debt despite the fall in their incomes caused by the oil price fall. That has meant that they have had less money for investment, and it has also put significantly greater pressure on the rouble, which as a result has fallen much further than it would otherwise have done.

The bigger fall in the rouble has, in turn, caused inflation and interest rates to go higher than they otherwise would have – hurting living standards and causing the recession to be deeper than it would otherwise have been.

The benefit, however, is that instead of increasing the debt is being paid off – removing a major constraint on growth in the future – at the same time as the fall in the rouble has increased Russian companies’ competitiveness and increased their opportunities for faster expansion on the domestic market by choking off imports. The result is that at the end of this process Russia will have a largely debt-free but more competitive economy.

In other words, the price Russia has paid for resisting the blackmail of the sanctions has been a deeper recession, but this has come with the benefit of a much stronger economy in the not so distant future.

On the subject of the pace at which foreign debt is paid off, the most detailed account is the one provided by Constantin Gurdgiev, who calculates that the actual amount of principal due to be paid this year is just under $60 billion. Since this will cause a fall in nominal debt of around $75 billion, Russia should end the year with a nominal foreign debt total of just $440 billion or thereabouts.

Assuming that roughly a quarter of this remaining debt (say $100 billion) is intra-company book debt, and assuming that the Central Bank’s reserves remain at the level of $370 billion that they have been since the second quarter of 2015, then Russia’s total actual foreign debt by year end will be less than the total amount held in the foreign exchange reserves of the Central Bank.

It is inconceivable that deleveraging on this scale would be happening at a time of low oil prices if the sanctions were not in place. That is the single biggest effect of the sanctions, and it is the one that future generations of Russians will have cause to be grateful for.

The best one sentence summary of what this means is the one provided by Constantin Gurdgiev: “Although this rate of deleveraging does present significant challenges to the economy from the point of view of funds available for investment and to support operations, overall deleveraging process is, in effect, itself an investment into future capacity of companies and banks to raise funding.” In other words, paying off the debt now ensures higher growth in the future.

My one disagreement with Constantin Gurdgiev – and with Ben Aris when he also discusses this subject – is that they both believe – or appear to believe – that Russia will only fully benefit from this once sanctions are lifted and Russian banks and companies can once again access the West for funding. My view, on the contrary, is that there is more than sufficient capital within Russia to fund the development of its economy, and that Russia should look to its own resources for investment finance and not to the West or even to China.

The priority is to sort out the problems in the financial system so that the capital that exists in Russia can be harnessed and put to use for the benefit of the economy, thereby bringing the Russia’s historic dependence on foreign financing finally to an end. In my opinion, processes already underway in the economy are paving the way for precisely that, but that is a large topic for another day.

Alexander Mercouris is a staff writer for Russia Insider. If you value his reporting and analysis, consider making a donation to Russia Insider. Click here to learn more.