How U.S. Involvement In Central America Led To a Border Crisis 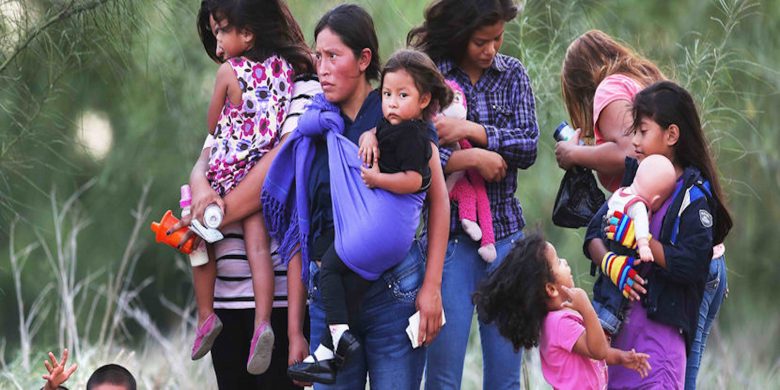 MISSION, TX – JULY 24: Central American immigrants await transportation to a U.S. Border Patrol processing center after crossing the Rio Grande from Mexico into the Texas on July 24, 2014 near Mission, Texas. Tens of thousands of undocumented immigrants, many of them families or unaccompanied minors, have crossed illegally into the United States this year and presented themselves to federal agents, causing a humanitarian crisis on the U.S.-Mexico border. The Rio Grande Sector of the border has the heaviest traffic of illegal crossings of the entire U.S.-Mexico border. (Photo by John Moore/Getty Images)

Thousands of Central American refugees and migrants have been coming to the Mexico-U.S. border for almost 40 years – and in spring of 2018, the Trump administration enacted a “zero-tolerance” policy that led to the arrest of any and all refugees and migrants attempting to cross the border into the United States. The most controversial aspect of the policy’s enforcement was the forced separation of parents from their children. While much of the conversation has focused on Central Americans escaping violence, there hasn’t been much on why there’s so much violence in the region to begin with. The story? Almost 200 years of U.S. intervention.