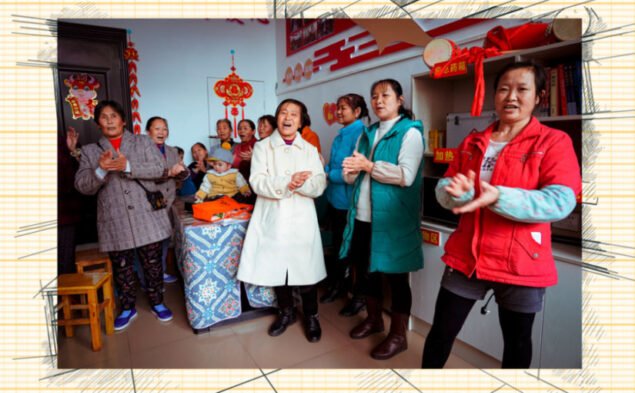 To eradicate extreme poverty in a developing country of 1.4 billion people, which just 72 years ago (at the time of the founding of the People’s Republic of China) was one of the poorest countries in the world – characterised by widespread malnutrition, illiteracy, foreign domination and technological backwardness – is a truly extraordinary achievement.

This article by Carlos Martinez was originally published – in slightly condensed form – in Beijing Review on 10 September 2021.

In late 2020, the Chinese government announced that its goal to eliminate extreme poverty by 2021 (the centenary of the founding of the Communist Party of China) had been met. At the start of the targeted poverty alleviation programme in 2013, just under 100 million people were identified as living below the poverty line; seven years later, the number was zero.

To eradicate extreme poverty in a developing country of 1.4 billion people, which just 72 years ago (at the time of the founding of the People’s Republic of China) was one of the poorest countries in the world – characterised by widespread malnutrition, illiteracy, foreign domination and technological backwardness – is a truly extraordinary achievement.

And yet the news of China’s success, inasmuch as it was remarked upon at all in the West, was greeted with ambivalence. After all, such a news item does not fit comfortably within the framework of escalating Cold War propaganda in which China is presented as an enemy of democracy; a subversive and malign force in international relations. In this information war, the stories that resonate are those where China is perpetrating ‘cultural genocide’ against Uyghur Muslims in Xinjiang or enacting ‘land grabs’ in Africa. A media landscape of this sort has no room for the news of hundreds of millions of Chinese peasants that used to be extremely poor and that can now enjoy a dignified life.

Thankfully, China’s achievements have not gone entirely unnoticed. For example, Friends of Socialist China held its first webinar, China’s Path to Zero Poverty, in June 2021, bringing together experts from around the world to share their perspectives on China’s poverty eradication. And on 23 July 2021, Tricontinental: Institute for Social Research published an important dossier: Serve the People: The Eradication of Extreme Poverty in China.

The Tricontinental dossier is based on extensive research, case studies and interviews, carried out by a small team on the ground in China. While it is focussed on the targeted poverty alleviation programme pursued since 2013, it also provides key historical background, noting that the road to ending poverty and improving the living standards of the Chinese people starts with the beginning of the Chinese Revolution.

The most important early step was dismantling feudal ownership structures in the countryside and enacting comprehensive land reform. Rural collectivisation led to a rapid increase in productivity, “enabling the agricultural surplus to be invested into industrial development and social welfare.” Basic health and education services were extended throughout the country for the first time.

From 1978, China embarked upon a programme of reform and opening up designed to increase productivity, technological capacity and income through the introduction of market measures and commodification of various parts of the economy. While this (ongoing) period has led to vastly increased levels of inequality (China in 1978 was one of the most egalitarian countries in the world), it was nonetheless essential for the overall project of wiping out poverty. The authors of the dossier note that the unprecedented economic growth resulting from reform and opening up was “not an end in itself, but a means to improve the lives of the people.”

Indeed, between 1978 and 2013, the number of people living below the World Bank threshold of absolute poverty dropped from 80 percent to 9 percent of the population. This is partially misleading, since increased income correlated with increased outgoings for newly-commodified goods and services; nevertheless, the Chinese population undoubtedly experienced a huge improvement in living standards during this period.

Since becoming President in 2013, Xi Jinping has made poverty eradication one of government’s central policy planks, instigating a programme of targeted poverty alleviation: identifying those that remained in poverty and developing plans to meet their specific needs. The strategy was guided by four questions:

The first step was to identify those living in extreme poverty. “In 2014, 800,000 Party cadres were organised to visit and survey every household across the country, identifying 89.62 million poor people in 29.48 million households and 128,000 villages. More than two million people were then tasked to verify the data.”

The label of extreme poverty is not based solely on income level. According to the government’s definition, a person can be considered to have left extreme poverty only if the “two assurances and three guarantees” have been met. The two assurances are for adequate food and clothing; the three guarantees are for access to medical services, safe housing with drinking water and electricity, and at least nine years of free education.

Since 2015, three million cadres have been sent to impoverished areas, living in the villages for one to three years at a time, to work in poverty alleviation teams. The authors of the dossier observe that this “should be seen as a mass mobilisation across multiple sectors of Chinese society using diverse and decentralised methodologies at a breadth and scale that is unprecedented in human history.”

There are several key methods used in targeted poverty alleviation. Millions of jobs have been created through the development of local production units (with the corresponding access to funding, training, equipment and markets), and also through the innovative use of technology, for example using e-commerce to connect small rural businesses with China’s vast online market.

The poverty alleviation programme is also connected to China’s bid to create an ‘ecological civilisation’, protecting ecosystems, reducing pollution and getting to net zero greenhouse gas emissions. “Since 2013, 4.97 million hectares of farmlands in poor regions have been restored as forests or grasslands. In the process, 1.1 million poor people have been employed as forest rangers, while 23,000 poverty alleviation cooperatives and teams for afforestation (the creation of new forests) have been formed.”

Education also plays an important role, and in recent years several million teachers have been dispatched to the poorer Central and Western regions. In the last decade, the average years of education for Chinese adults has increased from nine to ten, and the number of people with tertiary education has nearly doubled, from 8,930 to 15,467 per 100,000.

The authors of the dossier note that, “for families who are living in extremely remote areas or exposed to frequent natural disasters, it is near impossible to break the cycle of poverty without moving to more habitable environments.” As such, almost 10 million people were (voluntarily) relocated from remote zones to newly built urban communities, which included schools, hospitals, childcare facilities and cultural centres.

Social welfare has also been greatly expanded in China in the last two decades (after the dismantling of the ‘iron rice bowl’ in the 1980s and 90s). All citizens are now covered by a subsistence allowance, which has been described as “the largest cash social assistance programme in the world”.

The success of targeted poverty alleviation is testament to China’s socialist system: no state with a capitalist ruling class has ever even attempted a poverty alleviation programme on this scale. The orientation of government policy towards the needs of the people, the strong institutional and infrastructural framework, and the willingness of millions of cadre to participate in the campaign; these are all reflections of a thriving Chinese socialism.

The dossier makes clear that the battle against poverty is not over. The next steps are to reduce relative poverty, reduce inequality, revitalise the Western and Central rural areas, and bridge the urban-rural gap.

China’s successes in eliminating poverty deserve to be celebrated and studied. They contain many lessons for the rest of the world. The authors of Serve the People: The Eradication of Extreme Poverty in China have done an excellent and valuable job shining a light on this campaign. 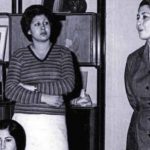 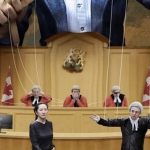