The Federal Housing Administration, created in 1934 during the New Deal, forced newly built suburbs to be racially exclusive through guaranteeing whites-only mortgages. This, and subsequent policies, were major drivers of racial wealth disparity.

For many years I worked in Boston public housing with teams of residents, community organizations, public housing staff and other professors on reducing and removing the many asthma triggers that caused the highest rates of asthma and asthma attacks in the city.  Living and working in the heart of the city neighborhoods, I was keenly aware of the apartheid nature of public and residential housing (black Roxbury, white South Boston, white gentrification overtaking Boston’s mixed-income interracial neighborhoods, and white suburbs)

I had been familiar with the mid-20th century pattern of “white flight” from urban neighborhoods to suburbs, abetted by venal realtors scaring white residents to sell low while selling high to black homebuyers, and “redlining”–realtors and banks refusing to show or offer mortgages to qualified African American homebuyers in white neighborhoods.  Both fostered the toxic racial segregation in our cities and metropolitan areas.  But we learn in Richard Rothstein’s deeply researched and thoroughly documented The Color of Law: How the US Government Segregated America that this was one of many drivers of our national black–white segregation.  Beginning in the early 20th century, strictly enforced government policies formed the foundation of black ghettos and white suburbs and the consequent missed opportunity for African American wealth building.

Many do not realize that the first public housing built in cities by the New Deal was built for white-only working and lower-middle class and even middle class white families, given the housing shortage during the Depression.  And it was provided with many amenities such as, landscaping and playgrounds.  Public housing built subsequently for African Americans had none of these amenities.

Likewise, all of the housing built for government job-creation programs of the New Deal was segregated, including the Tennessee Valley Authority (TVA), the Civilian Conservation Corps (CCC) and the Public Works Administration (PWA) as well as the war industries at the onset of WWII.  In most cases the housing for African American workers – when it was provided – was shoddy in construction with no amenities, sited near industrial areas deemed unsuitable for white housing and more remote from the workplace industries.  Many local governments and states rejected African American CCC camps within their borders, forcing the federal government to house the workers on army bases and federal land.

Because of institutional racism Black veterans of World War II received only 40% worth the benefits of white veterans.  Local VA officers had created administrative obstacles for black veterans to access their benefits, including guaranteed mortgages for homes; and they directed them to vocational and non-degree programs rather than four-year colleges and universities.  Black wealth building was again stymied by intentional government racist neglect.

The following incident, one of many recounted in this book, portrays the brutal abuse African Americans bore when defying restrictive housing covenants in white-only suburbs. A large housing development that the Levitt Company built during the 1950s in Bucks County, a suburb of Philadelphia, was emblematic of new suburbs throughout the country. The Federal Housing Administration would only guarantee the mortgages if the developer refused to sell to African Americans, in violation of the 5th, 13th and 14th amendments of the Constitution.

By the late 1950s, white suburban homeowners in Levittown planning to sell their homes realized that African Americans would pay more than whites because they had been shut out of middle and lower-middle class housing developments.  A college-educated black couple tried to obtain a mortgage to buy a house in Levittown, but no bank would provide them one.  A philanthropist gave them a private guaranteed mortgage; but once they occupied their new home, the mailman, a US federal employee, shouted as he delivered mail, “Niggers have moved into Levittown.”  Hundreds of white demonstrators gathered in front of the black family’s home, hurled rocks at them and their house, blasted music nearby all night, and burned crosses with the KKK symbol in full view.  Local police made no attempt to arrest the law-breaking demonstrators.

After four years of torment, the family sold their home and returned to the African American neighborhood in which they had lived.  “This unremedied conspiracy of government authorities [federal, with mortgage refusal and postal employee; local, with lack of police protection] contributed “to maintaining de jure residential segregation of the communities for whose welfare they are responsible,” concludes Rothstein.

All of these racist government housing policies and neglect underlie the extreme wealth gap between black and white Americans. Most white middle class Americans gained their wealth through home equity appreciation over time and mortgage interest deductions for homeowners.  Further, mid and later 20th century studies of many US cities – among them, Albany, Boston, Chicago, Fort Worth and Norfolk, exposed the excessive tax burden on urban African Americans homeowners and their landlords, leading to their housing deterioration and financial worth.  One salient example from many that Rothstein cites: in Baltimore the white middle-class community of Guilford near Johns Hopkins University had 1/9th the property tax costs of African American East Baltimore.

Today the median black family’s wealth is about one-tenth that of a white family, with no progress made in 70 years. Nearly one-half of poor black children live in deeply impoverished neighborhoods, four times the rate of poor white children.  Upward mobility is frozen for generations of African Americans.

These same neighborhoods are food deserts with limited access to nutritional and affordable food and have fewer primary care physicians, and fewer bookstores and literacy experiences.  They are more toxic, having greater airborne pollution because of traffic congestion and disproportionately sited industrial facilities. “The percentage of minorities living near incinerators was 89 percent higher than the national median,” according to government and environmental justice studies of the late 20th century.  These same communities are plagued with more overcrowded living arrangements, neglected playgrounds, underfunded schools, greater risk in situations with police and criminal justice, and higher Covid infection rates and deaths.  Cities have consistently zoned commercial and industrial sites proximate to or within African American residential communities, such that studies have concluded that race was a predominant statistical predictor of where hazardous waste facilities have been sited.

As a consequence of this de jure segregation in violation of the Constitution, government-driven remedies are owed as a moral and legal obligation, a theme that gains increasing weight with every chapter of The Color of Law.  This demand has a precedent.  The Civil Liberties Act of 1988 gave surviving Japanese American internees reparations and a formal apology by President Reagan for their incarceration during World War II.  Though late in happening and meager in amount, it is a precedent.

The remedies the author suggests include affirmative action in housing policy and practice.  For example, the Section 8 voucher program for low-income households has the mainly unrealized potential to enable low-income recipients to live in integrated neighborhoods with better schools, which is likely to give more mobility out of poverty, as studies have shown. But many more are needed to meet the demand.  In 2015 about one million families had vouchers, while another 6 million languished on waiting lists.  Further, the voucher amount is often too low to cover rental and security deposit costs.

Another remedy, which Rothstein admits is highly unlikely in today’s climate, though it is fair and just, is the following.  Given African Americans are 15 percent of the population, the federal government “should purchase the next 15 percent of houses that come up for sale in Levittown and other suburbs built with exclusionary zoning, at market price and sell to African Americans for $75,000,” this being the price in today’s dollars their grandparents would have paid, if they had been allowed to do so.

Other housing remedies include banning zoning ordinances that prohibit multifamily housing and apartments and require large lots.  With the goal of reducing the residential isolation of low-income families, two states – Massachusetts and New Jersey – require developers in towns and suburbs without a “fair share” of subsided housing to “set aside units in middle-income projects for low-income families.”

What The Color of Law does not do – but is essential for the housing policy remedies to succeed – is address how whites and blacks move from being strangers to neighbors, who live well side-by-side.  This will demand that whites commit to examining our conscious and unconscious racial attitudes.  I highly recommend: Let’s Talk Race: A Guide for White People by Fern Johnson and Marlene Fine.  The former UMass professors are white mothers who together raised two black sons.  As reviewers of this book wrote: “A solid and practical guide to having the necessary conversations that those of us who are white are so reluctant to have.” “… With a call for fearless speech and courageous listening, the authors refuse to be complicit with white silence, apathy and ignorance…” These capture my own perspective of this fine, insightful, educational book.

This article first appeared in briefer form in Informed Comment as Black Ghettos and White Suburbs: The Role of Government

Pat Hynes, retired professor of urban environmental health, is former director/now board member of the Traprock Center for Peace and Justice in western Massachusetts and a member-at-large of the Women’s International League for Peace and Freedom.  She has won many national and regional awards for her environmental justice work.  She is author and editor of seven books.  Haley Publishing, of Athol, is publishing her new book, Hope but Demand Justice. 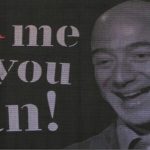 The Class War—Waged and Being Won by the Rich—Is Destroying US DemocracyInequality, Jeffrey D. Sachs, USA 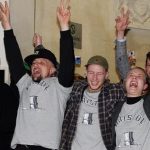