The following article is the latest example in mainstream press to gloss over the violent, extremist character of the right-wing paramilitary battalions in Ukraine, in this case by calling them “voluntary battalions” and explaining nothing of their character. The article joins other in The Guardian, Globe and Mail and Toronto Star which paint the paramilitaries as valiant fighters battling a Russian aggressor. The depradations and war crimes which the battalions are committing in eastern Ukraine go unmentioned… –New Cold War editors

At the Holy Cross Ukrainian Catholic Church in the Queens borough of New York on a Sunday afternoon in late February, Ivan Rodichenko is delivering a presentation to a rapt audience before him. As images of war-torn eastern Ukraine appear on the projector screen behind him, it becomes clear he has not traveled all the way from Kiev to deliver a religious talk.

The real reason Rodichenko, a soldier with a volunteer battalion fighting in the East Ukraine conflict, came to the U.S. is contained in a white envelope that is passed from table to table. One by one, the group of about 40 people write their names down on a piece of paper and then slip money into the envelope.

Departing this church basement in New York, the money will be turned into basic equipment for the cash-strapped Ukrainian volunteer battalions that are helping the regular army fight pro-Russian separatists. Almost everyone in the room is an immigrant who still calls Ukraine home and harbors strong feelings of nationalism.

“Without this help from people like them, the war is already lost,” said Rodichenko, 33, who is midway through a tour of the eastern U.S. to raise money for the 25th Territorial Defense Battalion of Kiev, a military unit that was mobilized in the wake of the eastern Ukraine conflict.

Most of the battalions rely on fundraising of this kind just so they can afford things such as helmets, flak jackets and even uniforms.

As the eastern Ukraine war enters its 12th month, the military superiority of Russian-backed rebels has become evident across the region. Defeated in the battle for Donetsk International Airport at the end of January, the Ukrainian military was then forced to concede the strategic city of Debaltseve after being surrounded by rebel forces, just three days after a ceasefire agreement went into effect Feb. 15.

While fighting in the region has subsided in recent weeks, there haven’t been many days without shelling and some loss of life, despite the official ceasefire. For Rodichenko, the comparative calm is no reason to relax his efforts. “Crimea is in Russian hands,” he said. “Most of east Ukraine is controlled by rebels, and Russia is sending more troops and heavy equipment every day. There is still a lot to fight for.”

NATO, the European Union and the U.S. as well as the Kiev government claim that  Russia has supplied sophisticated weapons and well-trained troops to assist pro-Russian separatists during the conflict. Compared with Russia’s armed forces, Ukraine’s military is poorly equipped — and plagued by accusations of corruption and mismanagement.

What little funding the government does provide is spent on equipping the regular army, rather than the volunteers. Rodichenko said the only items given to the volunteer battalions are guns and bullets, most dating back to the era when Ukraine was a republic in the former Soviet Union.

Basic items such as uniforms, helmets, boots and body armor have to be found elsewhere, and that’s where men like Rodichenko come in. Each of Ukraine’s 32 territorial defense battalions has a designated fundraiser who travels throughout Europe and the U.S.

But the sheer cost of military-grade equipment means that for now he’s just trying to keep his battalion’s intelligence platoon of only 40 men well-equipped. “They need to have the best stuff because the job they are doing is keeping the others safe,” Rodichenko said.

The haul on that Sunday in February — about $1,500 in cash and a check for $3,500 from the Organization for the Defense of Four Freedoms for Ukraine, a pro-Ukrainian independence group formed in 1946 — will be spent on just one item, a specialized infrared device that is able to detect the heat from bodies in the dark.

The battalion has received hundreds of thousands of dollars’ worth of equipment from the Ukrainian diaspora, including $50,000 worth of radios from the Netherlands, cold-weather clothing from the Czech Republic, sleeping bags from a community in the U.S., and other  items from as far away as Australia and Canada.

Some Ukrainian emigrants are donating personally, as well. Vadim Pugachevskiy, 47, who came to the U.S. immediately after the Soviet Union dissolved in 1991 and lives in New Jersey, has donated about $5,000 — some of it sent directly to friends and relatives in need living in Ukraine, one of the poorest countries in Europe, and some of it sent for military supplies.

Pugachevskiy has sent two sets of special military all-weather camouflaged suits and two pairs of waterproof boots to an old childhood friend, who serves as a surgeon in the Ukraine army, he said in an email.

Men would show up for duty in all sorts of civilian clothing, Rodichenko said, and the government would be in no position to outfit them properly.

When he arrived as a volunteer at one of Ukraine’s biggest military training bases, he was shocked by what he saw. “I asked them what they have, and they say, ‘We have nothing,’” he recounted, noting that one guy turned up for training wearing Crocs, and most just had the clothes on their back.

What propelled him to join, he said, was the same impulse that pushed many Ukrainians to get involved, the Euromaidan revolution that ousted pro-Russian President Viktor Yanukovych.

In late 2013, Rodichenko left an existence as a music producer living in Cyprus to move back home as the demonstrations widened. “I started out at Maidan with my friends at the organized protest, to help the people,” Rodichenko said. ”I called all my artist friends in showbiz and asked them to go to Maidan and organize some events, but I did not take part in violent protesting.”

When Rodichenko believed Yanukovych might actually win, he left Kiev for the U.S. and applied for political asylum. But once Crimea was annexed by Russia in March and the eastern Ukraine war began, he withdrew his asylum application and headed home, later joining the 25th Territorial Defense Battalion.

In the U.S., he had made a connection with Ivanka Zajac, 62, a nurse who is the president of the New York branch of the Ukrainian Congress Committee of America, an organization that represents all Ukrainians in the U.S. and one that is lobbying Congress to pass a law authorizing the supply of weapons to Ukraine from the U.S. — something that President Barack Obama has been so far unwilling to do, a position he shares with Germany.

Zajac is in some ways the archetype of an Ukrainian nationalist, a former teacher of the Ukrainian language, culture and history at the Ukrainian American Youth Association, so keen on preserving the national heritage that she insists on a journalist spelling Ukraine’s capital as Kyiv, rather than the commonly accepted (and Russian-influenced) form, Kiev. Rodichenko described her as  his “main support” for fundraising in the U.S.

The complicated path to Ukraine taken by the equipment Zajac helps buy highlights the difficulty of the process. In one case, she bought rain ponchos: Supplies are all nonlethal equipment, as sending weapons would be illegal. They were sent to her home in New York, then went through Germany to Lviv in western Ukraine, before being driven by courier to Kiev and collected there by men with the battalion, who took them to the unit in a car. From order to delivery, the process takes between two and six weeks. “It can be hard to source at times,” she said.

Ordering from Europe would be easier, but European governments are clamping down on businesses sending military orders to Ukraine, so Zajac was forced to shop and deliver from the U.S.

According to Rodichenko, the war is costing Ukraine more than $2 million per day. The U.S. government has pledged nonlethal aid to the tune of around $200 million in total. The volunteer battalions are still woefully underequipped, he said, but, sometimes, whatever he and Zajac manage to send is what keeps the battalion able to fight.

In August 2014, when the battalion had just begun to fight, Rodichenko got an emotional phone call from a friend who had discovered a large piece of shrapnel sticking out of the helmet Rodichenko’s fundraising had bought. ‘Thank you,” he said. “You saved my life.” 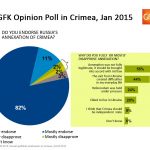 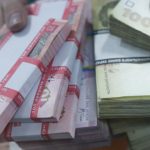 Ukraine says creditors expected to pay some of its foreign debt restructuringDigest, Ukraine