How the media spins stories of Russian soldiers in Ukraine

Report published by Russian liberal opposition fails to substantiate allegation of large Russian military presence in Ukraine, but still treated by Western media as doing so

Attempts to prove the presence of Russian soldiers in Ukraine are reaching surreal levels. The Russian liberal opposition has released a report to that effect, which it seems was largely prepared by the murdered Russian liberal politician Boris Nemtsov before his death. Reuters has also published a dispatch under the incendiary title ‘Special Report – Russian soldiers quit over Ukraine’, to essentially the same effect. 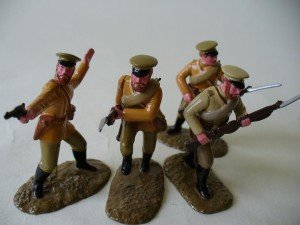 I read it in the news, it must be true.

The Russian government admits some of these volunteers are serving soldiers in the Russian army. However it says they have gone to fight there during their leave (a by no means absurd idea, despite the derision this claim has met from some western commentators).

What the Ukrainian and Western governments, by contrast, say, and what the Nemtsov Report and the Reuters dispatch set out to prove, is that the people from Russia fighting with the militias in the Donbass are not volunteers at all, but are serving Russian soldiers, sent to fight there by the Russian government.

Do the Nemtsov Report and the Reuters dispatch prove that what the Ukrainian and Western governments say is right, and what the Russian government says is wrong? The short answer is no.

The Nemtsov Report has been ably deconstructed by RT’s Anissa Naouai, whose points I shall follow [RT report here]. Briefly:

The report claims Russian soldiers have been ordered to resign from the army in order to preserve “deniability” if they are killed or captured. The source turns out to be a story in a Russian newspaper (Kommersant) and information supposedly given to Nemtsov by various citizens’ groups. No names or details that could substantiate this claim are provided.

Ordering soldiers to resign so as to preserve deniability anyway hardly seems like a good idea. The moment soldiers resign they cease to be under military discipline and are no longer subject to orders. It seems unlikely a military would send soldiers into battle that way.

Frankly, it seems far more likely the soldiers who have resigned from the army to go and fight in the Donbass are volunteers. What the report proposes looks like the sort of idea civilians like Nemtsov (who do not know the military well) might come up with, rather than being the sort of thing actual militaries do.

The report says 150 Russian soldiers were killed in the Donbass in 2014 and 70 were killed in 2015. No source is cited. A claim that 17 paratroopers from Ivanovo were killed turns out to originate in a note Nemtsov scribbled to himself.

The report says Russia has spent 53 billion roubles (around $1 billion) on the war. No source is given. It turns out this figure is nothing more than a guess based on the calculations of the authors.

Anissa Naouai says the balance of the report consists of stories culled from the news media and from social media. This has also been admitted by the BBC: “Most of the report is based on facts that have already appeared in Russian and foreign media during a year of conflict in Crimea and eastern Ukraine.”

What of the Reuters dispatch?  It turns out to be no better. Though the dispatch purports to provide proof of the presence of Russian soldiers in the Donbass, and of their growing disaffection with the war, in the end it all boils down to a single interview with a single individual who says he was a soldier serving with the famous Kantemirovskaya division when he resigned rather be sent to Ukraine. This person claims that he did actually fight in the Donbass as a tank driver in the summer of 2014, but that he resigned from the division with 13 other soldiers when ordered to do so again during the winter.

He gives contradictory reasons for his refusal. At one point he says the war in Ukraine has nothing to do with him and that he does not feel he should be sent to fight there in a non official capacity. At another point however he says he and his comrades resigned because they were not given the medals and benefits they were promised

Reuters says this individual was one of five soldiers who contacted Reuters out of group of 14 who resigned. However, all the quotes in the dispatch come from this one individual. If the other four said anything to Reuters, then Reuters is not reporting it.

Reuters says it knows this individual’s name and details.  However it refuses to disclose his identity in order to protect him from reprisals.

Since this individual has done nothing illegal by talking to Reuters, it is not obvious what reprisals he has to fear. Given that Reuters says he was one of 14 soldiers who resigned from the Kantemirovksaya division rather than be sent to Ukraine, it would be very easy for the Russian authorities to identify him, and they surely have already done so by now.

Frankly, the refusal to disclose this person’s identity looks more like an excuse to shield him from further questions because of doubts about his story. Regardless of that, since we know nothing about this person, his story is impossible to corroborate or verify, and cannot be taken seriously.

On the basis of his account, as Reuters provides it, he comes across as a rather aggrieved individual, annoyed because he did not get the medals and benefits he believes he is entitled to for fighting in the Donbass in the summer. That points, if anything, to him being a volunteer. The rest of the dispatch turns out to be simply padding.

We learn of official records of nine soldiers (not 14) who resigned from the Kantemirovskaya division in December supposedly because they did not want to go and fight in Ukraine as they were ordered to. Reuters. however. admits none of the documentation connected to these resignations mentions Ukraine. Reuters was able to contact three of these soldiers.  All refused to give interviews.

An operator of a Grad missile system claims to have been involved in an exercise in the Rostov Region during which he had to remove identifying marks and insignia from his uniform. Supposedly he resigned in March with some of his comrades because of fears he might be sent to Ukraine.

Rostov Region, however, is in Russia.  It is clear from his account he was never in Ukraine and that he was never asked or ordered to go there.

Reuters says this person “fears” rockets he launched during the exercise “may have hit” targets in Ukraine. He speaks of rumours of other artillery units crossing into Ukraine. This mix of gossip, imagination and hearsay, is evidence of nothing.

Reuters says it was told by an activist called Krivenko that soldiers had been pressured to go to the Donbass by bribes and threats of dismissal from the army, disguised as “resignation”. This is yet another, this time rather different, take on the “resignation” phenomenon. Regardless, Reuters admits it cannot verify his claims.

Reuters says some Buryat soldiers from Siberia have been seen in the Donbass. The militia admits their presence but claims they are volunteers.  Reuters contacted the mother of one of these soldiers.  She however “declined to say whether he had been ordered to go or had volunteered” to go.

We at Russia Insider make no claim to know the complete truth of this matter. We are sure the Russian military is present in the Donbass in some form. We do not believe it is there in anything like the numbers the Ukrainian government and some Western officials say. We say this is a civil war and that the great majority of those fighting in the Donbass are Ukrainians.

Recently, Der Spiegel published a story that says the German intelligence agency the BND is of the same view (see our discussion of the conflicting intelligence assessments in Ukraine Conflict Has Strained US-German Relations, Russia Insider, 9th March 2015)

What we do not, however, do is pretend our guesses are facts. Nor do we try to substantiate our guesses by passing off unverified gossip and speculation as evidence that makes them facts. What is amazing to us is how easily parts of the Western media do that very thing.

The Nemtsov report is now being widely cited and treated as “proof” of what the Ukrainians and some Western governments and officials say about the presence of Russian troops in Ukraine. The BBC, despite admitting that the report is largely based “on facts that have already appeared in Russian and foreign media” still says it makes a “compelling case”. As we have seen, it does nothing of the sort.

The Reuters dispatch has been republished, for example, by Business Insider and Moscow Times. It is being treated as an authoritative report on the subject, though reading it with a critical eye quickly exposes its many obvious flaws.

When it comes to the Ukrainian conflict, or indeed to any subject that concerns Russia, it is clear that facts matter little to some people.  Certainly they must not be allowed to get in the way of the story.