Next month marks one year since the beginning of the more serious phase of Western sanctions against the Russian economy and Moscow’s retaliatory action to ban some imported foods. Recently the Western sanctions were extended, intact, until January so as to align them with the deadline for one of the key provisions of the Minsk II agreement, which is the return of control of all of Ukraine’s borders to the Kiev government. 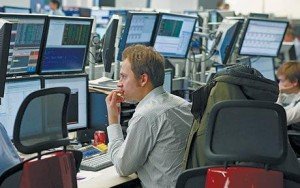 Moscow, in turn, has extended the food import ban for a full 12 months, albeit making it clear that this can be reviewed at any time depending on what happens to the Western sanctions.

As we approach the one-year anniversary, is it possible to say with any degree of accuracy exactly what the impact of the sanctions has been on Russia and the economy? There certainly has been a great deal of hype from both sides, with each side claiming a form of victory from the sanctions.

Cutting back the noise a bit, we can see that the only two sanctions that matter are the ban on Russian banks and some state companies from accessing new Western debt and credits, and, from the Russian side, the ban on some imported food.

The sanctions against individuals do not register at all, while the selective ban on supplying some services and equipment to the oil industry has not yet had any noticeable impact. Longer term it will, or may, but not over the short to medium term.

Despite predictions that the country’s oil output would slide by up to 500,000 barrels per day (bpd) this year, the actual data for the first half of the year showed that output rose by 1.2 percent over the same period of last year and averaged 10.7 million bpd.

There is no doubt that the most damaging sanction was the ban on accessing new Western debt and credits because even though that action is directed against a handful of state banks and energy companies, the effect has been an almost total ban by all Western banks and trade organizations on any Russia risk. That has certainly hurt the economy and contributed to the current recession. But by how much? My view is that it is impossible to say.

The reason for that is because that particular sanction was applied almost exactly as the oil price rolled over and started a steep decline. Without the sanctions the economy would today be in recession because of the oil price collapse. If oil had not collapsed then the sanctions alone would not have caused the recession.

What we can also say, however, is that the sanctions accelerated the decline and made worse the problems resulting from the falling oil price. The lower oil price strained the availability of local liquidity which would normally be compensated by accessing foreign debt markets.

The fact that this was not an available option resulted in the more difficult and volatile backdrop we saw in December. The ruble would not have collapsed in mid-December if the oil price was above $100 bpd, regardless of sanctions, and it would not have been so volatile if access to international debt was still open.

What else can we see as a consequence or even a lasting legacy of sanctions? Russia has a new slogan, “import substitution,” or perhaps a new buzzword, “localization.” Domestic producers have gained from both the weaker ruble and the ban on some food imports since late last year. We can see that in the relatively good manufacturing and agriculture sector data for the past five months and the collapse in the value of imports, which are down by over 25 percent compared to this time last year.

That the Kremlin embraced import substitution as a recovery strategy so quickly is no surprise. President Vladimir Putin has been complaining about the high level of imported food, medicines and basic machinery ever since the disastrous harvest in 2010. Little has actually changed since then.

To that extent the opportunity to ban some food imports and make local manufacturing a national cause was very welcome. But here also the import ban was not solely as a result of sanctions. Recall, for example, that Russia placed an import ban on pork from some countries in January last year and has been regularly banning some food items for years. The stated reasons have usually been a veterinary or sanitation issue but, in fact, it was part of an effort to try and force investment into domestic production.

More than two decades of neglect in such industries as agriculture and machine building will not be reversed with only 12 months of weak currency and sanctions. The evidence so far is very encouraging but it is only the start and needs to be sustained.

Another effect of the sanctions and, in particular, the political reset with the U.S. and EU is the so-called pivot East. There is plenty of evidence of the closer political and trade relationship with China and, as we can see at this week’s BRICS summit in Ufa, with other major developing economies.

But if we cut back the geopolitical overlay, what we actually see is less of a shift East but more of a diversification strategy. Pre-sanctions Russia had become very integrated with Western economies and the EU in particular. Just as Brussels complained that 40 percent of the EU’s gas imports came from Russia, Moscow woke up to the fact that 80 percent of its gas exports went to one region and over 50 percent of imported consumer goods came from the EU.

It is basic common sense that one should have economic and trade diversification. The longer the sanctions regime remains in place the greater will be the permanent diversification. The political shift away from the West is clearly very real, but the need to keep Western multinational companies engaged in the country and to be a big part of the import-substitution program has also now become much clearer.

That does not conflict with the fact that we will see more meat, fruit and vegetables with country of origin labels from Asia or Africa or South America on the shelves of Russian supermarkets. Hopefully they will be increasingly crowded out with domestically sourced produce in the years ahead.

What else can we say is the impact of sanctions and the political reset? There are plenty of positives to highlight, such as the fact that more Russians will spend their vacations inside the country and that should result in greater investment into the hotel and leisure sectors.

On the other hand, it is very regrettable that so many commentators, on both sides of the divide, have reverted to political and emotional bias, rather than basic facts, in their observations about the economy and the assessment of the future. That’s to be expected.

What has come as a big surprise, however, is that Belarus is such a rich source of diverse foods such as salmon, lobsters and mozzarella cheese. Who knew? 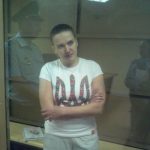