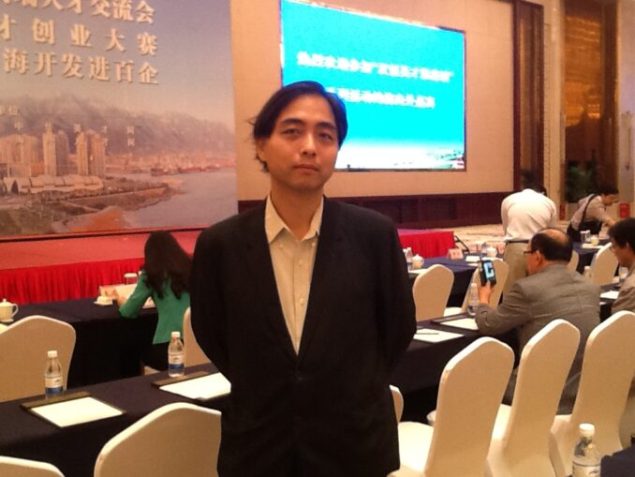 On August 15, the city of Wuhan in China — the first city to report a COVID-19 outbreak early this year — after 76 days of lockdown to fully contain the virus that had started in early April, kicked off something unimaginable for the rest of the world: a Beer Festival and a Water Festival. There were tens of thousands of visitors, beer drinking, music performance and yes — a pool party!

Many Western net citizens saw this with disbelief and jealous rage, but some argued that the U.S. and Europe needed to reflect on it. “Westerners would rather believe some completely unfounded conspiracy theory than admit China did something right,” net citizen luigi concluded on Twitter.

When the coronavirus struck China, the whole country went into battle mode and united with one thing in mind: to defeat COVID-19. After its success, China did not hesitate to help other countries.

The specific components to China’s success are:

Reality has proven that China’s methods and systems work,”

When the virus first appeared in Wuhan in late December 2019, no one knew exactly what was happening. Within two to three weeks it quickly spread across the city like wildfire, catching everyone off-guard, but the government immediately took bold actions by announcing a national emergency, ordering a total lockdown of the city, and sending tens of thousands of medics to fight a “people’s war” against the virus. The epic battle paid off. In less than three months, China completely contained the virus.

On Jan. 23, China quickly and decisively ordered the lockdown of Wuhan, a city of 11 million people. It was the largest lockdown in history. Two days later, the entire Hubei province, affecting a total of 45 million people, was closed for the next three months in an effort to completely stop the spread of the virus.

The “lockdown” meant that every resident had to completely stay indoors 24/7 for the next three months.

Lockdown was just the beginning. The Chinese government poured massive amounts of resources, medical equipment, tens of thousands of medical staff, volunteers, military and construction workers into Wuhan and Hubei to support the “people’s virus fight.”

Within a few hours of the lockdown, a total of 42,000 volunteer medics from across the country began arriving to support Wuhan and Hubei, with 35,000 arriving between late January and April in the capital city of Wuhan, the epicenter of the early outbreak.

In addition, in 10 days, 12,000 workers came to build two special makeshift infection hospitals, Huoshenshan and Leishenshan, that now would be able to treat thousands of COVID-19 patients.

The Chinese military, better known as the People’s Liberation Army (PLA), sent 340 military medical teams with thousands of military medics as well as logistics teams across Wuhan and Hubei province. Many were young military medic students in their early twenties.

Furthermore, throughout the lockdown in Wuhan, another 580,000 community volunteers were mobilized to help the residents. Since no one could go out shopping, the neighborhood councils organized volunteers who became the community “fixers” for everyone’s tedious tasks; they helped elders, organized grocery shipments, and drove around daily to deliver medicine to families.

Most volunteers and medics were under 30 years old — the so-called ’90s generation. Many said they wanted to show that they were grown-up, responsible people. They actively signed up for tasks on the frontline. Most of them liked going on these military-like missions, and chose to stay away from home and their families for weeks, even months. People called them “retrogressers,” heroes who choose to rush into a disaster zone and save people’s lives.

In China, it’s always the custom that government officials and Communist Party of China (CPC) members are the first to be mobilized onto the front line. Throughout the lockdown in Wuhan and Hubei province, young CPC members were actively involved on the medical frontline. Half of the hospital staff, frontline workers, port workers, custom officials and volunteers from around the country were party members under the age of 30.

China understands that an important part of winning the fight against the virus involves public servants behaving responsibly and accountably and earning trust from the people. By April 13, 29.77 million party members and officials were working on the frontline across the country. Out of that number, 2,337 got infected by the virus and 396 sacrificed their lives. Most of the deaths were not from the virus but from being killed in car accidents or working themselves to death at the frontline.

With the belief in “united we win,” China quickly mobilized national efforts — including state enterprises across the country — to ramp up existing PPE production and build new PPE production lines. In weeks, by mid-February, the PPE crisis in China was over. Every medical staff person was fully protected with the so-called “moon suit,” without the need to reuse.

In addition, in order to boost the testing capacity, the Chinese government quickly mobilized, coordinated and stocked public and private testing facilities with test kits. One good example is BGI, a Chinese genetics and screening company. Within a few days it built the Huo-Yan Laboratory, a fully functioning COVID-19 testing center in Wuhan capable of testing tens of thousands of people.

COVID-19 is a global health crisis. In order to truly win the pandemic fight, the world should unite and work together.

Having enough PPE supplies domestically, China started to donate and commercially export medical equipment and PPE to save lives around the world.

By April 8, Wuhan ended the lockdown that had begun on Jan. 23. By April 15, in a short 76 days, China had won the virus fight. Wuhan’s makeshift Huoshenshan Hospital was decommissioned after 73 days of operation. The hospital had admitted 3,059 patients suffering from COVID-19; 2,961 of them had been successfully treated and discharged.

The last volunteer medics left on April 26 with tens of thousands of residents saluting their departure.

To prevent a second Wuhan outbreak, China decided to test the entire population. By May, in less than two weeks, China had tested almost every one of its 11 million residents to check if any missing clusters with COVID-19 remained.

From mid-June to early July, Beijing had a small COVID-19 outbreak. The city quickly mobilized within a few hours and locked down dozens of communities near the virus’s ground zero. Within two weeks, the city had completed 11 million tests, finding 74,000 residents who had exposure to the virus. Some 300 were sent to the hospital for treatment. Others with exposure were ordered to self-quarantine for 21 days.

In order to successfully mobilize quick citywide testing, the Chinese government had to utilize every possible resource, recruiting thousands of health care workers and support staff into the campaign. The city promoted the drive via fliers, social media posts and loudspeaker announcements. Every resident had to be tested and traced by mobile apps.

In addition, Chinese authorities released timely data in an open, transparent and responsible manner so the people had dynamic, clear and important information to fully understand the government’s policies, strategies and measures. Making sure the public is fully informed is the key to establishing strong social consensus.

China’s success was not luck

China’s success was not luck. The Chinese have a strong sense of social responsibility for collective action, and people trust in the government and follow its instructions. They believe that “United We’ll Win.” People felt proud to actively participate in the nationwide people’s war against COVID-19.

Other countries that took similar steps, mostly socialist countries like Cuba, Vietnam and Laos, also quickly recovered from the crisis.

In July, according to “CoronaShock and Socialism,” by Tricontinental: Institute for Social Research, socialist governments worldwide — like Cuba, Venezuela, Vietnam, and Kerala, India — were better able to deal with the virus, because they employed strategies like China’s and had “a science-based approach.” They had a public sector that they could rely upon for the production of the materials they needed to combat the virus, and they cultivated public action “in order to substantially break the chain of infection.”

Active denial is one of the key reasons why the U.S. failed to stop the virus in the beginning, and now make it record-breakingly worse every day.

Trump’s constant back-to-back reckless statements are false. And coming from the U.S. president, they are dangerous.

The U.S. COVID-19 explosion is completely going in the wrong direction at rapid speed. From the first reported case in the U.S. on Jan. 21, it reached its first 1 million cases on April 28 – in just 99 days. Then:

At this rate of speed, many health experts predict that by October the U.S. will have reached 10 million cases, and that 224,000 will have died by Nov. 1 (University of Washington prediction).

In conclusion, China’s virus fight has been clearly much better and more successful then in the U.S. and Western countries.

Chinese citizens gave their government’s response to the COVID-19 outbreak a top score, according to a “Global Crisis Perceptions” index released on May 6 by Blackbox Research and Toluna Influencers. The research, which surveyed approximately 12,500 people across 23 countries between April 3 and 19, asked respondents to rate their nations across four key indicators: national political leadership, corporate leadership, community and media. China, where the virus is thought to have originated, ranked highest in the citizens’ survey, with a score of 85 out of 100. The U.S. (41), and all four western European countries surveyed — Germany (41), the U.K. (37), Italy (36) and France (26) — ranked as the worst of the list.

Numbers can speak for themselves; unlike Western media with their ultra-negative reporting, the global market research firms give a clear high mark on China’s achievements.

Lee Siu Hin is a long-time Chinese-American activist with low-paid immigrant workers, currently working on a community health project. Lee is national coordinator of the National Immigrant Solidarity Network (ImmigrantSolidarity.org), Action LA Network (ActionLA.org) and China-US Bi-National Activist Solidarity Network (chinadelegation.org). Lee’s book “Capitalism on a Ventilator — Impact of COVID-19 in China vs. U.S.” will be co-published with the International Action Center in August. For more information, email [email protected] and twitter @siuhin. He’ll be traveling back to China on Aug. 24 for his activism and medical work. 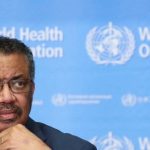 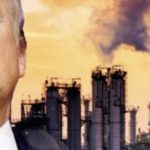