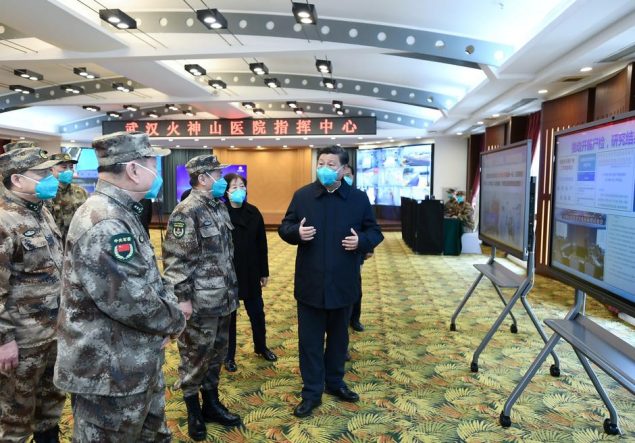 Chinese President Xi Jinping learns about the hospital’s operations, treatment of patients, protection for medical workers and scientific research at the Huoshenshan Hospital in Wuhan, the epicentre of the novel coronavirus outbreak, Hubei province, China March 10, 2020. Xie Huanchi/Xinhua via REUTERS

There’s a false narrative in the Western media and amongst many Western politicians that China tried to cover up the origins of the coronavirus in Wuhan, and that there was a lack of transparency and they were denying the fact that the epidemic had begun. And that’s just not true.

Let’s start from the very beginning. There’s a false narrative in the Western media and amongst many Western politicians that China tried to cover up the origins of the coronavirus in Wuhan, and that there was a lack of transparency and they were denying the fact that the epidemic had begun. And that’s just not true.

The first indication that there was a new Coronavirus similar to SARS, spreading in Wuhan, was in the middle of December. Now, we’ve traced the first patient to maybe the end of November, or the beginning of December, but before it got to the level where the medical establishment was aware of this new viral pneumonia that they couldn’t identify, was about mid to late December. At that time, the doctors in charge contacted the Chinese CDC. That’s like the medical oversight committee, informing them of this new disease that had cropped up.

At the same time that they were doing that Dr. Li Wenliang, the so-called whistleblower, was communicating to some of his colleagues that there was this new disease and they should take care.

When that got to be known to the local medical authorities, they wanted to know, what’s going on here? Why are you spreading this story that hasn’t been confirmed? And he was reprimanded and then he went back to work.

Now, the Western media seized upon that as somehow there was a whistle-blower who was ignored and reprimanded and China tried to cover things up. At the very same time that this doctor Li was communicating his unauthorized communication with colleagues, a knowledge of the virus was going through the proper channels, an investigation was begun and within another two weeks when we get into early January, proactive measures were implemented to try to put a clamp on the virus and within two more weeks into the new year on January 21, I think it was, Wuhan was locked down.

So, China acted extremely quickly and very proactively and with transparency and this false narrative that China tried to cover up and deny what was going on, it’s just not true. And it’s just used to try to defame and denigrate China. And then once China did impose these restrictions, they were called draconian and a human rights abuse, and this and that, and the other thing.

All the time, China basically bit the bullet, they were taking the full brunt of this new disease, which they identified and sequenced and all of that, while the world just sat back and ridiculed China with all sorts of racist attacks and denigrating of Chinese culture and society, and now it’s all come back to bite them.

You know, they had two months to prepare for the onslaught of this virus, and any epidemiologist would tell you that a virus cannot be contained at its source of origin, if Wuhan was the source of origin, and there’s a big debate going around about that.

But nonetheless, China was able to restrict its spread within China itself by containing and controlling it with this very proactive lock-down of Wuhan and the surrounding province of Hubei, so that the virus never did escape into the rest of the country. Sure, there were a few cases in other provinces, they were very manageable.

And you know, Wuhan and Hubei took a very big hit. They had a very large number of cases and, unfortunately, around 3000 deaths, but if that virus, now that we know about how contagious it is and how lethal it is, it’s twice as contagious as the seasonal flu, it could be 10 to 20 times as lethal, if that had spread out into the rest of China, and if the projections that Western media has put forth as to how it might spread in the United States and Germany are like 40, 50, or 60% of the population coming down with the virus, if it had spread into China with a population of 1.4 billion, you’re talking about millions of people dying, elderly and those with compromised immune systems and pre-existing medical conditions, it would have been a total catastrophe. But China was able to control and contain it. And basically, China’s virtually virus free now. So, instead of 30 million people dying 3000 died. Instead of 800 million people getting the virus 80,000 cases were identified. I mean, it’s a wonderful victory of the Chinese people led by the Communist Party of China and their leader Xi Jinping. And how can you deny that?

And then you look at the Western response, which was, they were just dithering, they were ridiculing and making fun of China and saying, ha, ha, ha, we don’t have to worry and you have a Trump whistling a happy tune, it’s all gonna go away. It’ll be a miraculous recovery and all, and now look where things are at. They had two months to prepare, to get everything in order, and they did nothing. And now they’re caught with their pants down. And they’re talking about how this is going to last for months on end. And you have to flatten the curve. China didn’t flatten the curve. They attacked and defeated the virus. And the US and Western Europe and the UK, they don’t have the capacity. They don’t have the resolve. They don’t have the esprit de corps. They don’t have the facility to do anything approaching what China did. And it just shows how superior the Chinese system of governance is over that of the Western so-called democracies.

Dennis Etler is an American political analyst who has a decades-long interest in international affairs. He’s a former professor of Anthropology at Cabrillo College in Aptos, California. He recorded this article for Press TV website. 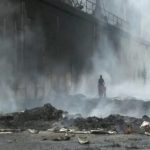 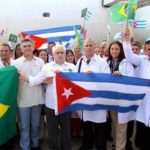