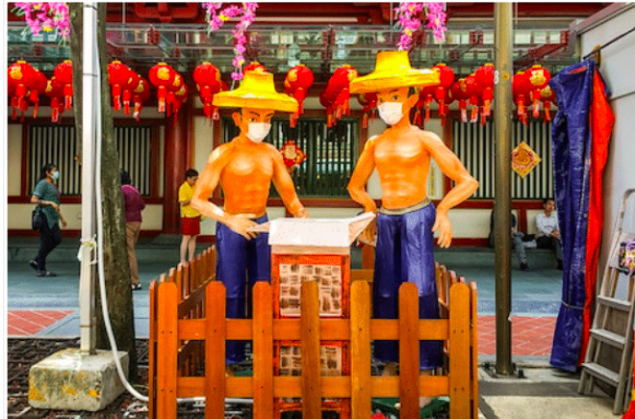 Truth and Propaganda About Coronavirus, Part 2

This is the second part of a three-part series. Read parts one and three here.

The World Health Organization (WHO) declared a global pandemic on March 11, 2020. Dr. Tedros Adhanom Ghebreyesus, the director-general of the WHO, said at the press conference on that day that this was “the first pandemic caused by a coronavirus.” He said, “In the past two weeks, the number of cases of COVID-19 outside China has increased 13-fold, and the number of affected countries has tripled.” From March 11 onward, it became clear that this virus was deadly and that it had the capacity to tear through human society with ease. But this was not always so clear.

On March 17, Kristian Andersen of the Scripps Research Institute in California and his team showed that the new coronavirus strain, SARS-CoV-2, had a mutation in its genes known as a polybasic cleavage site that was unseen in any coronaviruses found in bats or pangolins and that there is a likelihood that the virus came to humans many years ago, and indeed not necessarily in Wuhan. Dr. Chen Jinping of the Guangdong Institute of Applied Biological Resources, along with colleagues, had earlier published a paper on February 20 noting that their data did not support the claim that the new coronavirus in humans evolved directly from a pangolin coronavirus strain. Zhong Nanshan, a noted epidemiologist, said that,

although the COVID-19 first appeared in China, that does not necessarily mean it originated here.

Scientific studies will continue and will eventually give us a conclusive understanding of this virus. For now, there is no clarity that it emerged directly from the Wuhan market.

The Western media have consistently made scientifically unfounded claims about the source of the virus, even when Western scientists were urging caution. They were certainly not listening to the doctors in Wuhan or to public health experts in China.

When doctors in Wuhan first saw patients in their hospitals in December, they believed that the patients had pneumonia, although CT scans showed severe lung damage; the patients were not responding to the typical medical treatment. Doctors were alarmed by the situation, but there was no cause to imagine that this was going to escalate into a regional epidemic and then a global pandemic.

The doctors and hospitals in Wuhan eventually came to grips with the evidence before them, and as soon as it became clear that this was an unfamiliar virus and that it spread rapidly, they contacted China’s national Center for Disease Control (CDC) and then the WHO.

You would not know this if you only read Western newspapers, notably the New York Times, which suggested in a widely circulated report that the Chinese government had suppressed information about the epidemic and that the Chinese warning system did not work.

The Chinese medical system, like other systems, has a rigorous procedure to report such things as health care emergencies. Medical personnel report to their hospital administration, which then reports to the various levels of CDC and the Health Commissions; they can also use the internet-based direct reporting system. It did not take long for the medical personnel to report the problem, and even less time for a high-level investigation team to arrive in Wuhan. This is what our investigation found.

Did the Chinese Government Suppress Information?

Dr. Zhang Jixian, director of Respiratory and Critical Medicine at the Hubei Provincial Hospital of Integrated Traditional Chinese & Western Medicine, saw an elderly couple on December 26. Their ailment bothered her. She arranged CT scans of the lung of the couple’s son who otherwise appeared healthy; the result, however, “showed ground glass opacity.” Uncertain about the causes, Dr. Zhang reported the situation to Xia Wenguang, the vice president of the hospital, as well as other departments of the hospital; the hospital promptly told Jianghan District Center for Disease Control and Prevention. This took place within 24 hours.

More patients arrived at the Hubei Provincial Hospital on December 28 and 29. The doctors still did not know more than that these patients presented symptoms of pneumonia, and that they had significant lung damage. It became clear to them that the immediate location for the spread of the virus was the South China Seafood Market. On December 29, as the cases increased, the hospital’s vice president Xia Wenguang reported directly to the disease control department of the provincial and municipal Health Commissions. That day, the disease control department of the municipal and provincial Health Commissions instructed Wuhan CDC, Jinyintan Hospital and Jianghan District CDC to visit the Hubei Provincial Hospital for an epidemiological investigation. On December 31, an expert group of the National Health Commission arrived in Wuhan from Beijing. In other words, officials from Beijing arrived in Wuhan within five days of the first sign of a problem.

The day before the expert group arrived from Beijing, one doctor—Dr. Ai Fen—expressed her frustration at the mysterious virus with some medical school classmates. Dr. Ai Fen saw a test report of unidentified pneumonia. She circled the words “SARS coronavirus” in red, photographed it, and passed it on to a medical school classmate. The report spread among doctors in Wuhan, including Dr. Li Wenliang (a Communist Party member) and seven other doctors who were later reprimanded by the police. On January 2, the head of Wuhan Central Hospital Supervision Department warned Dr. Ai Fen not to release information outside the channels of the hospital.

On February 7, 2020, the National Supervision Commission decided to send an investigation team to Wuhan to investigate the situation. On March 19, 2020, the team published the results of their investigation and held a press conference to share their findings. As a result of the investigation, the Wuhan Public Security Bureau issued a circular to revoke the letter of reprimand issued to Dr. Li Wenliang. On April 2, Dr. Li Wenliang and 13 others who died in the fight against the virus were honored by the government as martyrs (this is the highest honor given by the Communist Party and the People’s Republic of China to its citizens).

In mid-November 2002, a SARS outbreak broke out in Foshan, Guangdong Province, China. Doctors could not easily understand what was going on. Eventually, in mid-February China’s Ministry of Health wrote an email to the WHO Beijing office “describing ‘a strange contagious disease’ that has ‘already left more than 100 people dead’” in one week. Also mentioned in the message was “a ‘panic’ attitude, currently, where people are emptying pharmaceutical stocks of any medicine they think may protect them.” It took eight months to contain this SARS outbreak.

In its aftermath, the Chinese government set up a direct reporting system to catch any health emergencies before they go out of control. The system works very well for clearly defined infectious diseases. Dr. Hu Shanlian, a professor of health economics at Fudan University, describes two such incidents. As part of the polio eradication expert group, his team found two cases of polio in Qinghai. The local government reported the cases to the central government, and it began emergency immunization as well as gave children a sugar cube vaccine to effectively control the imported poliomyelitis. As well, he reports about the two cases of plague in Beijing that came from the Inner Mongolia Autonomous Region. “Diseases like these,” he wrote,

can be quickly absorbed from the direct reporting system.

Well-known ailments such as polio and plague can easily be entered into an early warning system. But if the doctors are confounded by the virus, the system cannot easily work. Dr. Ai Fen, who forwarded some clinical records to her colleagues, said that the direct reporting system is very effective if the ailment is commonplace, such as hepatitis and tuberculosis. “But this time it was unknown,” she said. Dr. Zhang Wenhong of Shanghai said that the direct reporting system “is more powerful than those in most countries in the world for known pathogens [such as MERS, H1N1] or pathogens that do not spread quickly and have limited human transmission [such as H7N9].” If confronted with a new virus, the medical personnel and the direct reporting system are bewildered.

The most effective way to proceed when there is no clarity about the infection is to inform the disease control department in the hospital. This is exactly what Dr. Zhang Jixian did, and her superior, the head of the hospital, contacted the local CDC, who contacted China’s national CDC and the National Health Commission of China. Within five days of Dr. Zhang’s alarm, the WHO was informed about a mysterious virus in Wuhan.

Since January 21, the WHO has released a daily situation report. The first report highlights the events from December 31 to January 20. The first bullet point of that report says that on December 31, the WHO China Country Office was informed that there were “cases of pneumonia unknown etiology (unknown cause) detected in Wuhan City, Hubei Province of China.” The Chinese authorities isolated a new type of coronavirus on January 7, and then on January 12 they shared the genetic sequence of the novel coronavirus for use in developing diagnostic kits. Precise information about the virus’s form of transmission would not come until later.

The direct reporting system was updated on January 24, 2020, with the information about the novel coronavirus. It has now learned from experience.

Florida Senator Marco Rubio accused the WHO of “servility to the Chinese Communist Party.” He wrote that the United States will open “investigations into the WHO’s unacceptably slow decision-making on whether to declare a global pandemic and into how China has compromised the integrity of the WHO.” U.S. funds for the WHO are in the balance. Characteristically, Rubio offered no facts.

Was the WHO slow in declaring a global pandemic? In 2009, the first known case of H1N1 was detected in California on April 15; the WHO declared a global pandemic on June 11, two months later. In the case of SARS-CoV-2, the first known cases were detected in January 2020; the WHO declared a global pandemic on March 11—one and a half months later. In the interim, the WHO sent in investigation teams to Wuhan (January 20-21) and to Beijing, Guangdong, Sichuan, and Wuhan (February 16-24); their investigation, before the declaration, was thorough. The timeframe for the WHO declaration is similar, even faster in 2020 than it was in 2009.

Whether it is the New York Times or Marco Rubio, there is an urgency to conclude that China’s government and Chinese society are to blame for the global pandemic, and that their failures not only compromised the WHO but caused the pandemic. Facts become irrelevant. What we have shown in this report is that there was neither willful suppression of the facts nor was there a fear from local officials to report to Beijing; nor indeed was the system broken. The coronavirus epidemic was mysterious and complex, and the Chinese doctors and authorities hastily learned what was going on and then made—based on the facts available—rational decisions. 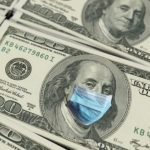 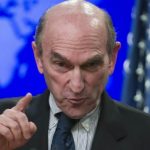