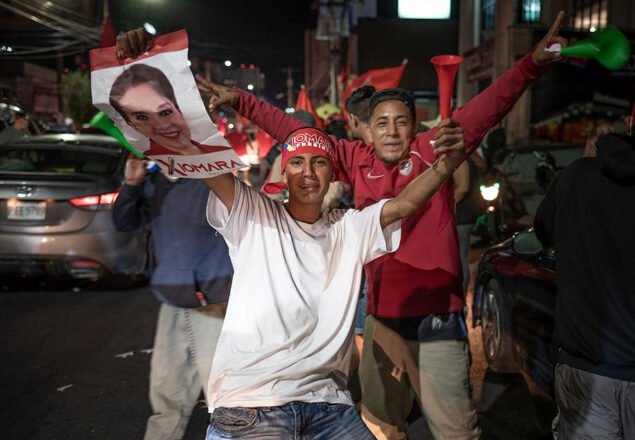 Honduras went to the polls last Sunday amid a process of historic importance. People flocked to the polling stations, despite political violence and fears induced by the narco regime of outgoing President Juan Orlando Hernández (JOH).

Honduras went to the polls last Sunday amid a process of historic importance. People flocked to the polling stations, despite political violence and fears induced by the narco regime of outgoing President Juan Orlando Hernández (JOH).

Opposition candidate Xiomara Castro de Zelaya, from the Liberty and Refoundation Party (Libre), obtained more than 53 percent of the votes and was well ahead of pro-government Nasry Asfura, who got 34 percent of the ballots.

The merit of the leftist candidate, who is the wife of former President Manuel Zelaya (2006-2009), is extraordinary. She fought her way through the presidential election amid massive smear campaigns to disqualify her, and today, she retains her mettle despite desperate attempts by the Honduran far-right-wing who are now trying to brand the elections as fraudulent.

“The high citizen turnout will not let lie. It will be a decisive factor to consolidate my triumph,” Castro tweeted this Tuesday.

Throughout Sunday, there were crowds and long lines at the polling stations due to the influx of people. The increase in participation was significant: this year, there was a 68 percent turnout of eligible voters, while in 2017, the figure reached 57 percent.

If the indicated trend is confirmed -which is most likely to happen-, the election result will mark the end of a twelve-year-long government marked by corruption, violence, insensitivity, and subservience to Washington.

Honduras said enough is enough. It had had enough of Hernández’s administration, which has been plagued by allegations of fraud, corruption and embezzlement, scandals linking him and his family members to drug cartels, and ineptness to disaster situations, such as the pandemic and devastating hurricanes that hit the country.

Xiomara Castro’s candidacy came as a breath of fresh air for a country submerged in poverty, violence, insecurity, and unstoppable migration, phenomena exacerbated by the effects of the COVID-19, geopolitical subservience to Washington, and drug trafficking. The number of migrant Hondurans fleeing the country due to the misery of JOH is unknown but it is in the tens of thousands and even as the election was taking place more migrant caravans were leaving Honduras. Hernandez’s tenure will be known for how he made the country dangerous, hopeless and unlivable.

Although Castro did not present a detailed government program, she represents at the very least the reestablishment of the social and sovereign recovery projects promoted by her husband until 2009, when he was deposed by a coup d’état backed by the US and the Organization of American States (OAS).

She has a long way to go. This victory is just a first step, but an important one. “We turned 12 years of tears and pain into joy. The sacrifice of our martyrs was not in vain. We will begin an era of prosperity and solidarity through dialogue with all sectors, without discrimination and sectarianism,” said Castro in her victory speech.

President Joe Biden’s administration is showing signs of opposing Castro’s victory. “But it will have no choice but to accept reality,” as the Mexican daily La Jornada stated in an editorial. “Washington must rectify its ideological phobias so it won’t promote the destabilization of the Central American nation. On the contrary, it must solve the disaster caused by U.S. interference during the Barack Obama Era.”

The triumph of the opposition is undisputed, but a formidable task of national reconstruction lies ahead. “We have already made history. Now we must build the future,” the new president assured. 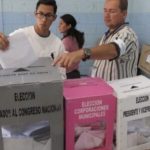 Elections in Honduras: The challenge of ending twelve years of neoliberalismHonduras, Latin America and the Caribbean 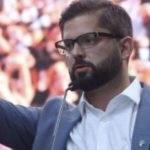 Gabriel Boric Victory Speech: ‘I will be the President of all Chileans’Chile, Latin America and the Caribbean