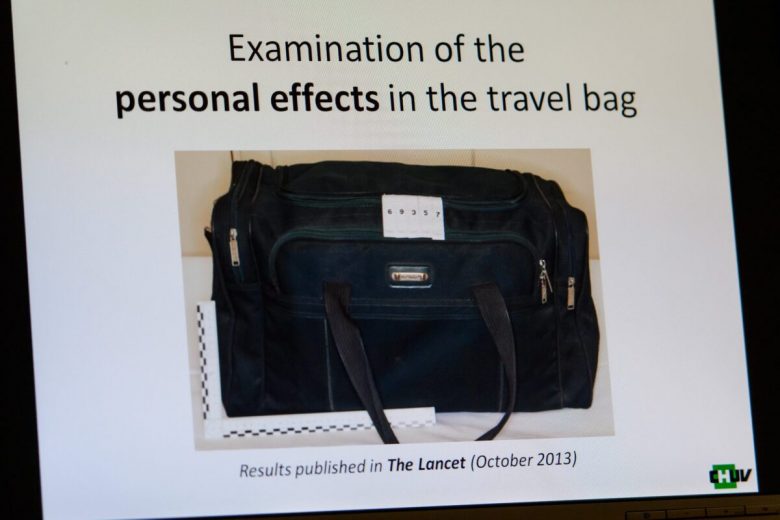 The details of Israel’s secret use of biological weapons and poison against Palestinians during the 1947/48 ethnic cleansing campaign has been revealed in a recent article by historians Benny Morris and Benjamin Kedar.
__________________________

The details of Israel’s secret use of biological weapons and poison against Palestinians during the 1947/48 ethnic cleansing campaign has been revealed in a recent article by historians Benny Morris and Benjamin Kedar. The 84-year-old Kedar is professor emeritus at the Hebrew University of Jerusalem and the more well-known Morris is famed for his work as one of Israel’s “New Historians”. This group of Israeli scholars, including Professors Ilan Pappe and Avi Shlaim, dismantled the occupation state’s official narrative about its creation in 1948 and the birth of the Palestinian refugee crisis. However, unlike his fellow historians, Morris went on to become a rather controversial figure for adopting morally questionable positions in defence of Israel’s ethnic cleansing of Palestine.

“I find myself as convinced as ever that the Israelis played a major role in ridding the country of tens of thousands of Arabs during the 1948 war,” said Morris in an article in the Los Angeles Timesabout the controversy surrounding his book, The Birth of the Palestinian Refugee Problem, 1947-1949. “For unearthing that dark side of 1948,” Morris said that he was vilified by the “Zionist establishment.” He was accused of shattering the founding myths of the Israeli state and lending moral weight to the Palestinian cause. Morris rejected the claim as “untrue” and explained that he “was simply a historian seeking to describe what happened.”

Affirming his commitment to Zionism, however, Morris went on to defend Israel’s ethnic cleansing. “I also believe their [Israeli] actions were inevitable and made sense” said Morris before giving his justification for why Israel had to expel three quarters of the indigenous non-Jewish, Muslim and Christian Palestinians. “Had the belligerent Arab population inhabiting the areas destined for Jewish statehood not been uprooted, no Jewish state would have arisen, or it would have emerged so demographically and politically hobbled that it could not have survived. It was an ugly business. Such is history.”

Morris’s argument is typical of many Israelis who find themselves trapped between the truths about Israel’s creation and remaining committed to the Zionist cause. Some abandon the ideology which preserves a Jewish ethno-nationalist state in historic Palestine because of the moral dilemma it presents. Others continue to insist that the Zionist cause supersedes all moral and ethical considerations, even if that means justifying ethnic cleansing, racism and the crime of apartheid.

In light of his background, Morris’s take on Israel’s use of biological weapons and poison is all the more interesting. His article with Kedar – “‘Cast Thy Bread’: Israeli Biological Warfare during the 1948 War” – was published by Middle Eastern Studies. According to Haaretz, the article is a rarity because it was researched and published against the wishes of the Israeli security establishment, which has tried for years to block any embarrassing historical documents that expose war crimes against Arabs, such as murdering prisoners, ethnic cleansing and destroying villages. Moreover, the article is based on original documents stored in the Israel State Archive as well as other archives.

The article provides details of how scientists from the Scientific Corps, together with battlefield units, were involved in a systematic campaign to poison water wells and spread typhoid bacteria in Arab villages and cities as well as among the invading armies of Egypt and Jordan. The objective was to frighten the Arab-Palestinian population, to force them to leave and to weaken the Arab armies. It is claimed that the use of biological warfare was approved by the founder of the Israeli state and its first Prime Minister, David Ben-Gurion.

Among the examples of the use of poison discussed in the article is the deployment of typhoid germs sent in bottles to the southern front. Morris and Kedar shed light on the Israeli soldiers sent with the poison to Acre and the Galilee village of Ilabun. According to British, Arab and Red Cross documents, dozens of local residents of Acre were poisoned and became severely ill. An unknown number of them died.

The same method is also said to have been used in Gaza in May 1948, a week after Israel proclaimed its independence. Apparently two Jewish soldiers from a Special Forces unit posed as Arabs and infiltrated Gaza with tubes containing the typhoid germs. Their mission was to poison the local water supply to stop the advance of the Egyptian army. However, they were arrested and tortured, and then sentenced to death by an Egyptian military court in August 1948.

The use of biological weapons has been illegal for nearly a century, since the 1925 Geneva Protocol. This prohibits the use of chemical and biological weapons in international armed conflicts. Although Israel, Egypt, Somalia, Eritrea and Comoros have refused to commit to the protocol, 183 other states have done so.

While Israel has never publicly admitted to the use of chemical weapons it has been caught red-handed on several occasions. One such was the botched attempt to assassinate Palestinian political leader Khaled Meshaal in Amman, on 25 September, 1997. The brazen attempt on the life of the then 41-year-old head of the Hamas Political Bureau sparked a diplomatic row which threatened to wreck the peace deal between Jordan and Israel. The crisis ended with Israeli Prime Minister Benjamin Netanyahu making a number of humiliating concessions.

A six-member Mossad team arrived in Amman a week before the assassination using false Canadian passports. The plan was clear: kill the exiled Hamas leader using a lethal toxin without leaving any trace of the killers. The idea was that after the toxin had been administered covertly, Meshaal would go about the rest of his day as normal and then, when tiredness overcame him, he would take a nap, never to wake up again; he was expected to die within 48 hours. Two of the Mossad agents delivered the toxin as planned but were captured by Meshaal’s bodyguard while trying to flee from the scene.

Hours after the arrest of the agents, the Israelis hatched a plan to diffuse the situation. With the diplomatic consequence of his actions dawning on him, Israeli Prime Minister Benjamin Netanyahu attempted to conceal the botched assassination attempt from the rest of the world. He dispatched Mossad head Danni Yatom to plead with King Hussain of Jordan for the agents’ release. He failed to diffuse the situation and instead sparked a diplomatic crisis with the Hashemite Kingdom, which had normalised relations with the Zionist state three years earlier. The King had gone out on a limb to sign a peace treaty with Israel against the wishes of his people. Following pressure from the US and under the threat to the peace treaty, the Israelis delivered the antidote. Meshaal was saved with just hours to spare.

Nobody should be too surprised, therefore, at the fact that Israel used biological weapons against the Palestinians in 1948. The occupation state also has nuclear weapons, which it has never allowed to be inspected by the International Atomic Energy Agency, or anyone else for that matter. In short, the state is a depository for weapons of mass destruction and has used them against Palestinian civilians.

Has Israel been sanctioned, invaded and occupied by the West as a result? Of course not. Yet again, the West’s hypocrisy on such matters has been exposed, this time by an unlikely duo: Benny Morris and Benjamin Kedar. 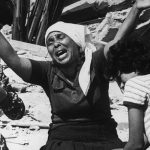 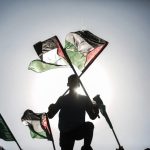 Israel Was Never a Democracy: So why is the West Lamenting End of “Liberal” Israel?Israel, Palestine, Ramzy Baroud, West Asia