Policies which Bill Clinton enacted, from the crime bill to welfare reform, were supported by Hillary Clinton and they decimated black America. 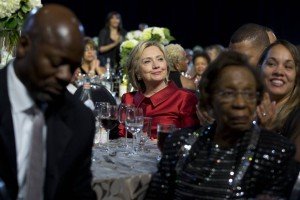 … Black voters have been remarkably loyal to the Clintons for more than 25 years. It’s true that we eventually lined up behind Barack Obama in 2008, but it’s a measure of the Clinton allure that Hillary led Obama among black voters until he started winning caucuses and primaries.

Now Hillary is running again. This time she’s facing a democratic socialist [Bernie Sanders] who promises a political revolution that will bring universal healthcare, a living wage, an end to rampant Wall Street greed, and the dismantling of the vast prison state—many of the same goals that Martin Luther King Jr. championed at the end of his life. Even so, black folks are sticking with the Clinton brand.

What have the Clintons done to earn such devotion? Did they take extreme political risks to defend the rights of African Americans? Did they courageously stand up to right-wing demagoguery about black communities? Did they help usher in a new era of hope and prosperity for neighborhoods devastated by deindustrialization, globalization, and the disappearance of work? No. Quite the opposite…

Donald Trump’s polling numbers are the worst for a Republican in many decades, by Daniel Dale, Washington bureau, Toronto Star, March 25, 2016

‘It’s easy to forget just how unpopular Trump is with the American public: massively unpopular.’ 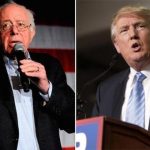 Bernie Sanders, not Donald Trump, is winning over the ‘white working class’Multipolarity 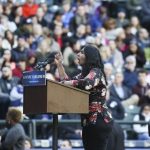 Kshama Sawant on Donald Trump, Bernie Sanders and building socialism in the U.S.Multipolarity