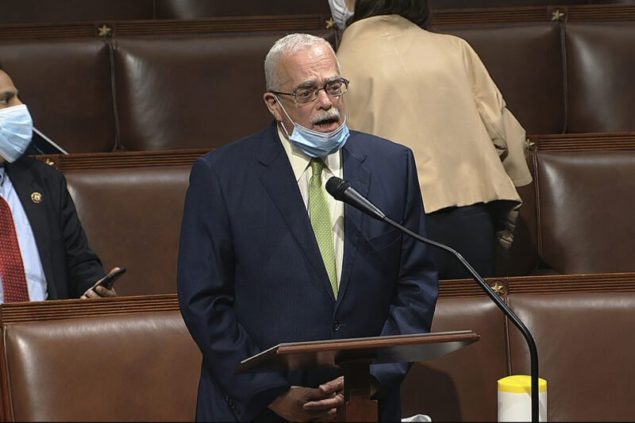 Virginia Democratic Rep. Gerald Connolly on the floor of the House of Representatives on April 23. (House Television via AP)

A section of the HEROES Act championed by Virginia Democrat Gerry Connolly would cover executive compensation and other perks for defense and intel contractors. The legislation’s wording mirrors what an industry group proposed.

ProPublica is a nonprofit newsroom that investigates abuses of power. Sign up to receive our biggest stories as soon as they’re published.

When they passed another bill this month to help the tens of millions of Americans left unemployed and hurt by the COVID-19 pandemic, Democrats in the House of Representatives touted the $3 trillion legislation’s benefits to working people, renters, first responders and others struggling to get by.

They made no mention of the defense contractors.

Tucked away deep in the nearly 2,000-page Health and Economic Recovery Omnibus Emergency Solutions, or HEROES, Act, is a section that will funnel money to defense and intelligence companies and their top executives, according to experts.

The section of the new bill seeks to “clarify” a provision of the $2 trillion CARES Act that passed on March 27. That legislation reimburses firms for the wages and benefits of contract employees who must be kept “in a ready state, including to protect the life and safety of Government and contractor personnel,” but who can’t work because federal offices are closed or they’re following stay-at-home orders.

In language that mirrors what an industry group proposed, the HEROES Act goes beyond just reimbursing wages. It says that such firms can bill the Department of Defense and intelligence agencies for a range of other costs associated with “the financial impact incurred” of keeping workers employed during the health crisis. That includes for “fees,” a term of art in federal contracting, and “general and administrative expenses,” a catch-all phrase associated with the costs of running a business such as paying executives, running the corporate office and even marketing and sales.

The Senate has yet to take up the new House bill, so the companies have not reaped a windfall yet. But experts say that if the Senate passes a new bill, this clause would likely survive.

The legislation was effectively a stealthy way to bail out the defense and intelligence government contracting industry and their executives at taxpayer expense, said Mandy Smithberger, who directs the Center for Defense Information at the Project on Government Oversight, a watchdog group.

Others agreed. “It’s one thing for the government to say, ‘We’ll keep the workers going,’” said Charles Tiefer, a University of Baltimore School of Law professor who specializes in government contracting. “But this is money for the firm.”

In a statement provided by a spokesperson, Rep. Gerry Connolly, a Democrat who championed the relief bills’ contracting sections and whose Virginia district is home to many contract employees and companies, said the legislation’s goal was to make sure these firms “can survive this crisis and recover their lost revenue.”

He said the HEROES Act language wasn’t intended as a “loophole” for firms to bill for expenses like corporate headquarter costs and said he would “object if the Trump Administration interpreted it as such.” But he didn’t answer questions about why he fought to include the broader HEROES Act language that would allow for such charges or why its text matched what an industry group had proposed.

The defense and intelligence agencies have increasingly become reliant on hundreds of thousands of government contractors for everything from fighting on the battlefield to setting up classified computer systems to cleaning offices. At the Department of Defense, which spends more than all other government agencies combined on contractors, the amount obligated for such agreements jumped from $189 billion in fiscal year 2000 to $320 billion in fiscal 2017, according to a July 2018 Congressional Research Service report.

While small businesses that contract with the government would qualify for the reimbursement outlined in the COVID-19 relief bills, major multinational corporations like Raytheon Technologies and market champions like Amazon Web Services would too.

The taxpayer price tag for the section would be enormous.

Already the federal bailout for just payroll and benefits for defense contractor employees stuck at home outlined in the CARES Act will run in the “billions and billions,” the Pentagon’s top acquisition official, Ellen Lord, told reporters in an April 23 press briefing.

Executive compensation, fees and other expenses would be on top of that.

The HEROES Act language introduces its own ambiguity about what firms can charge when it comes to what are referred to as “fees.” In certain federal contracts, the recipients are paid a fee on top of their costs. In others, fees refer to money contractors pay to third parties like lawyers and accounting firms. The new language opens the door for contractors to count those as billable, even if work isn’t being done, said Tiefer, the contracting expert.

“And now they still collect even though some of their workers are home,” he said.

At issue is a section in the CARES Act that reimburses contractors at “minimum applicable contract billing rates.” The vaguely worded term touched off a blitz of inquiries and suggestions in the weeks after the CARES Act passed from Beltway firms who perform IT, security and other national defense services for the federal government. The HEROES Act section pushed by Connolly seeks to “clarify” that.

The Intelligence and National Security Alliance, a trade group that says it represents more than 160 companies that do work for the Department of Defense and the intelligence community, was among the firms that lobbied for the new language. In an April 15 letter to the DOD, Larry Hanauer, the group’s vice president for policy, suggested that the term “minimum applicable contract billing rates” should mean “an employee’s base hourly wage rate, plus indirect costs, fees, and general and administrative expenses.”

That language made it into the HEROES Act, which defined “minimum applicable contract billing rates” to include costs “such as the base hourly wage rate of an employee, plus indirect costs, fees, and general and administrative expenses.”

Peggy O’Connor, an INSA spokeswoman, said nobody from her organization discussed the HEROES Act with Connolly’s office and she didn’t know how the group’s suggested definition of “minimum applicable contract billing rates” wound up in the bill.

“There were a lot of letters drafted by various organizations,” she said. “We posted ours, as well as various government guidance memorandum on our website, which is open to the public.”

The industry’s largest trade organization, the Professional Services Council, issued a statement thanking Connolly for his efforts after the HEROES Act passed the House on May 12. A spokeswoman for PSC declined to answer questions about the bill’s language or the group’s interactions with Connolly ahead of the vote.

The six-term congressman has long been an advocate for contracting firms and before joining Congress worked for the Science Applications International Corp., a government contractor that became Leidos. Among his top contributors since taking office in 2008 are government contractors Northrop Grumman, Leidos and Deloitte LLP. 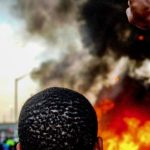 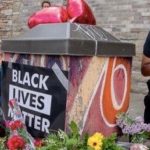