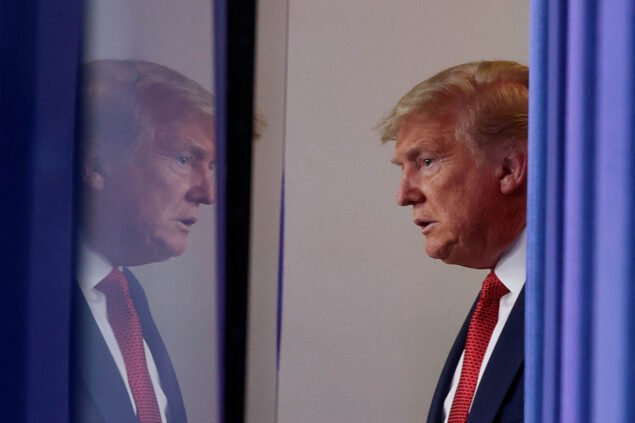 When gone in less than four weeks, Trump and hardliners surrounding him won’t be missed. The only negative about their departure is what replaces them — a regime more hostile to peace, the rule of law, and respect for equity and justice than the outgoing one. Trump breached virtually every positive promise made. He practically turned serial lying into an art form.

When gone in less than four weeks, Trump and hardliners surrounding him won’t be missed.

The only negative about their departure is what replaces them — a regime more hostile to peace, the rule of law, and respect for equity and justice than the outgoing one.

Trump breached virtually every positive promise made. He practically turned serial lying into an art form.

Expect more of the same from Biden/Harris, just like the former vice president operated in cahoots with Obama, US militarists, and monied interests for eight years in power.

They’re virtually certain to replicate or exceed the worst of that time.

Positive change was banned in the US long ago. Dystopian harshness replaced it — along with a permanent state of war by hot and/or other means on all nations unwilling to sell their souls and sell out their people to Washington.

The Trump regime’s parting shot on humanity is inflicting maximum pain and suffering of ordinary people in targeted countries.

Notably they include China, Russia, Iran, Venezuela, Afghanistan, and Syria among others.

For nearly a decade, the US waged war on Syria by hot and other means.

It demands that all combatants halt attacks on defenseless Syrian civilians.

Ending US aggression depends on compliance with Res. 2254.

What’s binding on all US members states continues to be systematically breached by the US, NATO, Israel, and their imperial partners.

It “covers all aspects of a peaceful settlement based on the principle that only the Syrian people have the right to decide on their country’s future.”

Lavrov stressed that there are no alternatives to Res. 2254. It’s a blueprint for restoring peace to the war-torn country.

There’s a catch like virtually always when the rule of law conflicts with US imperial aims, Lavrov adding:

“There are some who do not like the United Nations Security Council Resolution 2254, emphasizing the need to respect Syria’s sovereignty and stipulating that only the Syrian people have the right to decide the future of their country.”

“These forces are trying to whip up provocations and create pretexts in order to change the regime instead of resolving the crisis.”

Without full adherence to Res. 2254 by the US and its imperial partners, restoration of peace in Syria is unattainable.

They want Syrians suffocated into submission.

They want control over the country, Iran isolated, followed by stepped up efforts to transform the Islamic Republic into a US vassal state.

They want control over its vast oil and gas reserves, along with seeking to eliminate Israel’s main regional rival.

Res. 2254 contained a loophole that unravelled it straightaway.

Five years after adoption, war in Syria continues endlessly because both right wings of the US war party reject restoration of peace.

On Tuesday, militantly hostile to peace and the rule of law Pompeo recited his usual litany of bald-faced Big Lies — directed at war-torn Syria.

Defying reality, he falsely claimed that Washington “remain(s) committed to (Res. 2254) for ending the suffering of the Syrian people (sic).”

In March 2011, the Obama/Biden regime launched preemptive war on the country — unprovoked.

There’s nothing remotely “civil” about what’s gone on for nearly the past decade.

What Dems began, Trump continued throughout his tenure to inflict maximum harshness on Syrian civilians.

That’s what US war by hot and other means is all about — against the Syrian Arab Republic and many other nonbelligerent countries threatening no one.

That’s what the scourge of US imperial rage for dominance is all about that includes indifference to the rule of law and human suffering.

It’s attainable only if US, NATO, Israeli aggression ends and Washington ends support for its terrorist proxies.

The Trump regime “is imposing sanctions on Asma al-Assad, the wife of Bashar al-Assad…”

Why? Defying reality, along with likely running out of ways to punish Syria, Pompeo falsely claimed she’s targeted “for impeding efforts to promote a political resolution of the Syrian conflict…(sic).

She “spearheaded efforts on behalf of (Damascus) to consolidate economic and political power, including by using her so-called charities and civil society organizations (sic).”

Hard to believe how low US hardliners stoop for control they seek over other countries? Believe it and there’s more.

Targeting her and close relatives is based on bald-faced Big Lies — a Trump and Pompeo specialty, why nothing they say can be believed.

Pompeo concocted the myth about Assad, his wife, and family enriching themselves at the expense of the Syrian people.

Like always when these type claims are made — on US adversaries alone, never on allies — no verifiable evidence accompanies them because there is none.

“(A)trocities” Pompeo falsely accused Assad of committing reflect how imperial USA, its partners in high crimes, and jihadist foot soldiers operate throughout all US wars of aggression on invented enemies.

No real ones exist so advancing the US imperium requires inventing them.

No nation in world history inflicted more pain and suffering on more people over a longer duration than the US.

No matter which right wing of its war party runs things, war on humanity rages endlessly at home and abroad.

That’s what the scourge of US imperial viciousness is all about.

One day when it ends as it will, humanity will be able to exhale for the first time in centuries — unless US rage for dominance kills us all.

Stephen Lendman was born in 1934 in Boston, MA. In 1956, he received a BA from Harvard University. Two years of US Army service followed, then an MBA from the Wharton School at the University of Pennsylvania in 1960. After working seven years as a marketing research analyst, he joined the Lendman Group family business in 1967. He remained there until retiring at year end 1999. Writing on major world and national issues began in summer 2005. In early 2007, radio hosting followed. Lendman now hosts the Progressive Radio News Hour on the Progressive Radio Network three times weekly. Distinguished guests are featured. Listen live or archived. Major world and national issues are discussed. Lendman is a 2008 Project Censored winner and 2011 Mexican Journalists Club international journalism award recipient. 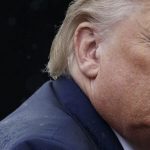 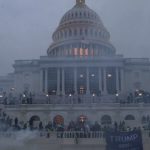 January 6: A mass base for fascism?Trump, USA