ANKARA – Two People’s Democratic Party (HDP) lawmakers, Ahmet Yildirim and Burcu Çelik Özcan, have refused a call from prosecutors to give their testimonies in the first case since scores of MPs were stripped of their immunity by the Turkish parliament.

“Our friends have already said that they won’t go [to testify],” HDP co-leader Selahattin Demirtas told reporters on June 22.

On June 21, a prosecutor in Mus, a southeastern Anatolian town, invited HDP Mus deputies Yildirim and Özkan through a phone conversation to give their testimony after summaries of proceedings were distributed to local courts by parliament as their immunities had been lifted.

“We are not concerned about appearing before the judge,” Yildirim told daily Hürriyet on June 22. “But we won’t testify because we don’t want to be a part of an unconstitutional process.”

During the phone conversation with the prosecutor, Yildirim said they had no problem with either judges or prosecutors and they were not running away from the justice. But there was a decision taken by the HDP. “I am not thinking [about] my personal liberty but the future of the country. This is a move to increase tension. I hope they won’t try other means. I will not testify even [if] I will be taken by force,” he stressed.

For her part, Özkan repeated the same line as Yildirim while speaking to daily Hürriyet, as she recalled the HDP’s decision not to abide by prosecutors’ calls to testify. “We briefly told [the prosecutor] that we won’t testify. We don’t know [if] there will be decision to take us by force to the court,” she said.

She also underlined that the notification should have been written and there were no way to call to testify over the phone.

In the meantime, the HDP party assembly and central decision-making body convened on June 22 to prepare a common strategy against legal actions to be taken against its lawmakers. All lawmakers will read the same defense statement if they are taken to court which draws attention on the unconstitutional nature of the removal of immunities of scores of lawmakers.

“We are elected representatives of the people. We do not represent ourselves but the people who have elected us. We stand before you as lawmakers, members of parliament who enjoy parliamentary immunity. We will never accept disrespect against this identity we represent or against the will of our people,” the statement reads.

According to the statement, lawmakers will repeat that they won’t answer any questions during the trial. “Whether we are in parliament or prison, you will not be able to restrain us from defending and fighting for our thoughts.”

HDP deputies to give joint statement of defense in judicial process

The Peoples’ Democratic Party (HDP) has released a joint statement of defense after two deputies of the party were summoned to a court earlier today to give their statements following the recent removal of parliamentary immunities.

Deputies of the HDP announced earlier that none of their members will go to court voluntarily to testify for crimes of which they may be are accused. They will submit the joint statement of defense in the event of being taken to court forcibly.

The HDP statement described this development as an attempt of political elimination, underlining that; “Only those people who elected us can question us for our political activities”.

The joint statement of defense stressed that the AKP government is resorting in every way possible to exclude HDP deputies, who constitute the only obstacle to President Erdogan’s desire to become Super President.

We are elected representatives of the people. We do not represent ourselves but the people who have elected us. We stand before you as lawmakers, members of parliament who enjoy parliamentary immunity. We will never accept disrespect against this identity we represent or against the will of our people.

We would never abstain from being called to account before a fair and objective judiciary, however, nor will we ever accept to be a subject of such political trial while the judiciary in our country is being trampled on. We bear no hesitation or disrespect towards your personality and entity but do not accept to be a figurant in this judicial theater staged upon an order of Erdogan, who has a shady political background.

We will answer none of the questions to be directed by your side as we have no trust that any judgment to be made by your side will be fair. It is not judicial officials but politicians who should be acting in the political arena.

In this sense, you should refuse to be a party to the political games and conspiracies because you as judicial officials must be committed to universal and democratic law principles as well as international conventions to which Turkey is a party to and to which the country has a constitutional provision.

We will continue our political struggle with commitment until a pluralist democratic regime is built and peace and tranquility is established. Whether we are in parliament or prison, you will not be able to restrain us from defending and fighting for our thoughts.

We have no doubt that we will get rid of this fascist order that is being imposed upon our country and people under the guise of a presidential system. Sooner or later, our struggle will triumph and this discredited regime will change. We have no demand or expectation from your side. Only the people who elected us can question us for our political activities. 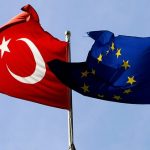 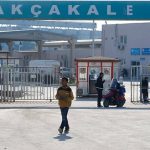