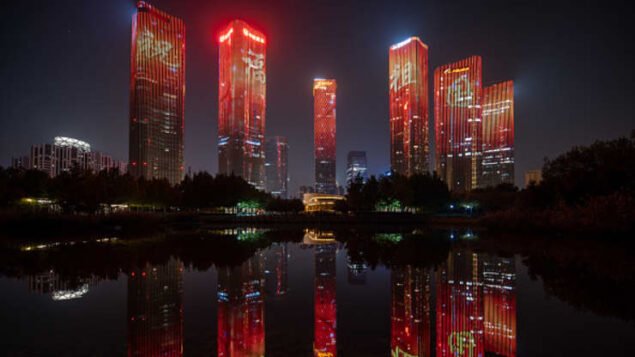 American investors’ shock at an ongoing regulatory crackdown in China points to a fundamental difference between the two countries that many didn’t seem to grasp: When it comes to making the rules, corporations don’t have as much influence in China as they do in America.

American investors’ shock at an ongoing regulatory crackdown in China points to a fundamental difference between the two countries that many didn’t seem to grasp: When it comes to making the rules, corporations don’t have as much influence in China as they do in America.

U.S. investors in Chinese companies have been caught off guard this summer by a slew of actions Beijing has taken against homegrown tech companies, including several whose shares trade in the United States. Among the surprises was an order that app stores remove Chinese ride-hailing app Didi, just days after its massive U.S. IPO. in late June.

Authorities then suspended new user registrations for Chinese job search app Boss Zhipin and subsidiaries of Full Truck Alliance, which both listed in the U.S. in June. In late July, two U.S.-listed after-school tutoring companies plunged after a mandate telling the industry to restructure its businesses and remove foreign investment through a commonly used overseas listing structure.

Behind the dramatic shift is emerging political rhetoric around “common prosperity,” which analysts say means companies will be scrutinized for their contributions to the broader population, rather than rapid creation of wealth for a few.

In China, the party-state wants the business community to serve its development objectives and is willing to sacrifice corporate profits to make that happen.
Gabriel Wildau SENIOR VICE PRESIDENT, TENEO

“In the U.S., the government often acts as a servant to business interests, whether it’s tech or other sectors,” said Gabriel Wildau, senior vice president at Teneo, a firm that does consulting for corporate clients. “In China, the party-state wants the business community to serve its development objectives and is willing to sacrifice corporate profits to make that happen.”

Political risk for Chinese companies has increased significantly, according to Zeren Li, whose doctorate studies at Duke University focused on China’s much more limited version of the “revolving door” — the American practice of regulators and lawmakers flipping back and forth between working for government and working for the lobbying industry.

Chinese entrepreneurs found it easier to obtain subsidies, cheap land or other benefits from local governments in an earlier era, when China’s central government was judging those officials by their ability to deliver GDP growth, Li said.

But since Chinese President Xi Jinping took office in 2013, local officials are measured more by how well they help advance Beijing’s goals: contributing to what it calls “common prosperity,” hitting pollution targets, and the like.

“Now officials are reluctant to collude with local entrepreneurs,” said Li, who added that it’s more difficult for companies to do business as a result.

Buying influence: How lobbying works in the U.S.

In contrast, companies in the United States regularly hire former lawmakers or ex-regulators who have flipped over to the lobbying industry so they can get paid to help corporate clients shape government policy.

Most frequently, lobbyists gain influence by buying it — they pump money into lawmakers’ re-election campaigns or drop funds into a lawmaker’s favorite project back in the congressional district.

You could say the U.S. government to corporations is very much a two-way street.
Isaac Stone Fish FOUNDER, STRATEGY RISKS

The total spending on lobbying in the United States skyrocketed from $1.56 billion in 2000 to $3.53 billion last year, according to Senate Office of Public Records data compiled by non-profit OpenSecrets.org.

That is not how things work in China.

“You could say the U.S. government to corporations is very much a two-way street,” said Isaac Stone Fish, founder of Strategy Risks, a New York-based firm that examines businesses’ exposure to China.

“China to Chinese corporations is a 1.5-way street,” he said. “It’s not entirely just [a situation where] the Party tells companies what to do and companies listen. Companies offer feedback. They just have much less opportunity to push than U.S. companies do in America.”

Chinese lobbying in the United States

Amazon.com and Facebook are among the top 10 lobbying entities in the United States by spending, according to OpenSecrets.

Alibaba, the poster child for both China’s tech boom and the recent crackdown, spent a record $3.16 million last year on lobbyists, the data shows.

It’s unclear how effective those efforts have been. A feature of American lobbying is that while spending is tracked openly, success is not.

“I’m not aware of many examples of Chinese companies lobbying successfully” in the United States, Wildau said. “Lobbying usually works better for obscure issues that don’t get much attention from politicians and the media. With an issue like US-China relations, where it’s front and center in Washington and everyone has an opinion, lobbying can’t overcome the big political forces at work.”

“Chinese companies have had better luck in court,” Wildau said.

Earlier this year, Chinese smartphone maker Xiaomi won a U.S. court’s approval to keep itself off a blacklist introduced by the Trump administration that linked companies to the Chinese military.

In June of this year, President Joe Biden revoked and replaced three executive orders issued by then-President Donald Trump that sought to ban transactions with ByteDance’s TikTok and Tencent’s WeChat by American businesses.

A spokesperson for Tencent acknowledged that the company hired three lobbying firms to deal with the proposed WeChat ban.

According to OpenSecrets, Tencent Holdings and Tencent America paid a combined $910,000 to those three firms in 2020. Tencent was unable to immediately confirm that figure for CNBC.

ByteDance paid a total of $2.6 million to lobbyists last year, according to OpenSecrets, up from $270,000 the year before.

ByteDance did not respond to CNBC’s request for comment. Alibaba had no comment on its lobbying efforts.