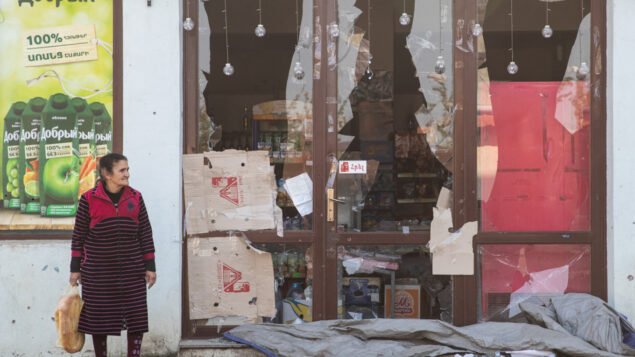 In this discussion Halyna Mokrushyna and Pietro Shakarian talk about the ongoing conflict in Nagorno-Karabakh.

This is the first in a series of podcasts with scholars and political/social activists researching and participating in the relations between Ukraine, Russia, and the collective West.

Halyna Mokrushyna, is a researcher and journalist. Her research interests include the challenges of the post-Soviet transition in Ukraine; social and economic inequality in the post-Soviet context; historical and cultural divisions within Ukraine; social memory and politics of memory; relations between Russia and Canada and the broader context of the post-cold war world and relations between the East and the West.

Pietro Shakarian is a historian and a PhD candidate in Russian History at the Ohio State University. He has written analyses on Russia and the post-Soviet space for The Nation, The Cleveland Plain Dealer, the Russian International Affairs Council, Russia Direct, and Hetq Online.