March For Our Lives, Atlanta GA

By Bruce A. Dixon, 29 March 2018. The US “March For Our Lives” mobilized half a million on the DC mall and a few hundred thousand more combined in dozens of cities across the US. But the role of the Democratic Party in the mobilization leads to some questions

Last weekend the March For Our Lives mobilized half a million on the DC mall and a few hundred thousand more combined in dozens of cities across the US. Lyft donated a million free rides to marchers, and a long list of celebrity endorsers wrote checks and cut spots. Broadcast and cable media gave free plugs letting people know where local actions were, and how to donate online. Former president Obama, who scorned the young people in the streets after the police murder of Freddie Gray warmly praised the young protesters against gun violence in Florida as ‘leading the way for all of us.”

It’s not hard to see the hand of the Democratic party behind the tens of millions in corporate contributions and free media accorded the March For Our Lives mobilization. 2018 is a midterm election year, and November is only seven months away. The Democrats urgently need some big sticks with which to beat out the vote this fall, some issues that utterly discredit their foes without burning them as well. Being a party of capital themselves, Democrats have to be pretty picky.

Democrats can’t talk much about healht care either. Obamacare was a fraudulent faux-reform written bu big insurance that helped only a fraction of those in need. Health care costs remain a leading cause of family bankrupticies in the US. So Democrats won’t be talking about health care this year either.

Free college tuition and debt forgiveness for student loans? Nope. Lots of liberal Dems like Atlanta’s John Lewis will tell you that free stuff is just plain un-American. A dozen or two other countries may do that free tuition stuff, but not here. France, whose military parades Trump admires even has universal free preschool starting from age 3, and low-cost municipal daycare from the age of 3 months. You’d think the pink pussy hat brigade would be all over that. But no, only the most leftish Democrats politicians embrace free tuition, but only for public colleges, and none of them want to forgive student debt. Even Bernie Sanders would simply refinance it. So Democrats don’t want to lead a movement for free tuition in 2018.

Though Democrats enjoy ridiculing Betsey DeVos it’s really hard to distinguish Republican from Democrat policies on public education apart with the naked eye. President Obama’s Race To The Top program spent $4.1 billion forcing school privatizations upon inner cities, something Trump cannot possibly match, resulting in the closing of thousands of inner city schools and the firing of hundreds of thousands of experienced and disproportionately black teachers. Parents always want a better education for their children. But the Democrats’ record of shutting down public schools in favor of charters, many of whose operators are now big campaign contributors are wildly unpopular everywhere they’ve been implemented. So that won’t be a campaign issue either.

During the Obama era, Democrats approved a multi-trillion dollar upgrade of the US nuclear arsenal, and deployed neo-nazis to engineer a coup in Ukraine, a country bordering Russia with a large Russian speaking population. Given that Nazis killed 25 million Russians in the last world war, Democrats have a hard time condemning Trump for ratcheting up tensions with the Kremlin. Every US president since Truman has threatened to nuke North Korea, so Democrats don’t look much better than Repubs there either, and the wars in Afghanistan and Iraq are pretty much the property of both capitalist parties as well. Almost all the obvious campaign issues against Republicans would be obvious campaign issues against Democrats as well, if the US political and media systems permitted publicity and ballot access for non-capitalist parties.

The latest cohort of black mayors in places like Newark NJ and Jackson MS, despite having leaned upon revolutionary cred to get elected are proving unwilling or unable to rein in gentrifiers or killer cops in their cities, so that’s not a campaign issue Democrats can get elected on either.  And Democrats haven’t talked about poverty or falling wages in a generation or two.

Our friends at the World Socialist Web Site reported in a 3 part series at the beginning of March, the Democratic Congressional Campaign Committee, the party’s bagman for disbursing corporate largesse to candidates is backing almost two dozen former military, intelligence and homeland security officers as congressional candidates this year. So we won’t hear Democrats talking about the vast network of drone bases the US has deployed across the African continent, or what Uncle Sam’s death squads and torturers are up to in law-free zones from Guantanamo to Diego Garcia, or exactly which the criteria Homeland Security’s secret “race paper” recommends for identifying so-called “black identity extremists.”

Given all the issues that are off the table, Democratic strategists probably view the public uproar over the Las Vegas massacre and the continued persistence of school shootings as a gift from heaven or hell. They offer a small area where there are discernible differences between the two capitalist parties. But Democrats and their media mouthpieces have to be careful. They have to contain and limit the discussion to legal remedies, banning bump stocks and assault weapons, taking more guns from domestic abusers (except cops and the military of course) and the kind of no-fly-no-buy crap for which several members of the Congressional Black Caucus staged a brief demonstration on the House floor staged a sit-in last year. That kind of thing just might sustain a high enough level of outrage against Republicans to flip a few seats in Congress or a handful of state legislatures this fall.

The trick for Democrats will be to keep the public anger high, but the discussion shallow, limited, and ahistorical. You won’t hear Rachel Maddow or anybody on CNN or TedTalks explain what Roxanne Dunbar Ortiz and Gerald Horne will tell you, that the “well regulated militia” the Second Amendment referred to was the universally armed white male population, deployed to murder and steal land from Native Americans and police the enslaved Africans. Democrats have to prevent anyone from asking, let alone answering why 70% of the guns are in the hands of white men, many of whom imagine themselves arming for a race war. Democrats can’t talk about how the Texas Rangers massacred Mexicans and Indians, when they bothered to tell the difference at all, or how the nation’s first gun control laws were prohibitions against black people and natives possessing firearms. The gun control debate will have to avoid examining how the carceral state enforces existing gun laws with the same thick layer of racist bias used for ostensibly race-blind drug laws. Democrats will have to avoid talking up the link between mass incarceration and ubiquitous stop and frisk policies, universally justified with the excuse that they’re about taking guns away from black and brown men. Democrats will have to blame mental illness or some other made-up cause for mass shooters. Their media and academics will have to keep discussion away from what the steps might look like to disarming the police, away from reducing the level of violence in society as a whole, and shutting down the nation’s world-leading arms industry.

The left’s job is precisely the opposite. We have to raise all the other issues Democrats won’t, the issues that discredit both parties from gentrificatin and housing to health care, We have to open the books and popularize the history neither Democrats nor Republicans and the bipartisan capitalist media want to bury. We have to ask and begin to answer what it would take to make the US like many other countries where most of the cops are unarmed, and how to disarm the US military as well. The current outrage over school shootings is an opportunity for us too, and it’s here, whether we’re ready or not.

Bruce A. Dixon is managing editor at Black Agenda Report and a member of the state committee of the GA Green Party. He lives and works near Marietta GA and can be reached via email at [email protected] . 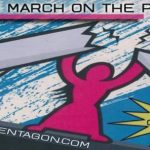