Introduction by New Cold War. org editors, Feb. 8, 2015: In the following editorial, The Guardian newspaper in the UK joins the rest of the mainstream media in the world in egging the governments of the NATO imperialist countries on to deeper confrontation with Russia. The editorial title is a play on the ‘SWIFT’ system that governs much of the world’s financial transactions. The Guardian editors join the other fanatics who want to further hobble Russia’s economy by cutting the country out of SWIFT. 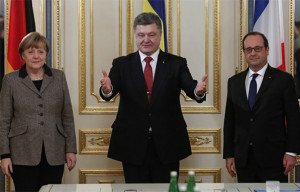 While pulling short of a call to provide more armaments to Ukraine, citing the “logical extreme of direct nuclear conflict” with Russia, who can trust such editorial fanatics to stick to their guns, so to speak? The United States and other NATO countries are playing nuclear roulette in Ukraine. They must be stopped–their sanctions against Russia, their threats to further arm the Kyiv regime, and their war-austerity policies at home, which are the flip side of their war policy in Ukraine and eastern Europe.

On the eastern rims of Europe, a bad situation is getting nastier. The war in Ukraine, which has already claimed over 5,000 lives in nine months, has been threatening to take on larger dimensions. Pro-Russian separatists have been on the offensive in a big way, for the first time since August 2014. Their objective is to carve out a corridor to the Black Sea port of Mariupol, potentially opening a land bridge to Crimea, which Russia has already annexed. None of this would be possible without the increasing direct backing of the Russian military.

It is an appalling situation, which European leaders have too often dealt with by wishing it away. It is, then, to be welcomed that François Hollande and Angela Merkel on Thursday headed for Kiev, where the US secretary of state, John Kerry, had already arrived, to invest political capital in a new peace initiative. It must, of course, be hoped that subsequent talks in Moscow will bear fruit – hoped, but not assumed. There have been several seemingly promising diplomatic openings previously, most recently the Minsk accord. That multi-point plan to end the war was solemnly signed by all sides last September, but has since been systematically violated by all sides too – and the conflict has intensified.

Some will argue that the only reason why it may be possible to engage with the Russian president, Vladimir Putin, at this juncture is because of the recent noises coming out of Washington about delivering weaponry to Ukraine. Diplomacy always need to be backed by something, and on the face of it, supplying munitions might seem like the obvious threat to use. All else has failed to stop Mr Putin and his allies on the ground, so it may take guns and anti-tank missiles to do so. In 1995, western military support to Slobodan Milošević’s adversaries in Bosnia helped force the Serbian dictator into peace talks.

This argument for standing ready to arm Ukraine has one merit, but also several flaws. The one positive is that it puts some urgency behind the need to put a stop to Mr Putin’s adventures. The existing mix of sanctions and on-off diplomacy has become demonstrably ineffective. Letting the separatists capture more territory could render the Ukrainian state unviable, a disaster for Europe. Mr Putin’s power games need disrupting now, since there is no telling where he will turn next. Moldova? Or the Baltic states, where the worth of Nato’s security guarantees could be put to a dangerous test?

But there are also grave dangers of adding more weapons to a war, the danger of pouring petrol on to a fire. In a corrupt environment, replete with militias, there can be no guarantees that the kit will not fall into the wrong hands. And how do you control escalation? The Putin regime could easily up the ante, confident that it could call the west’s bluff well before tensions reached the terrifying logical extreme of direct nuclear conflict. Arms supplied by the US, especially, would be fodder for Mr Putin’s propaganda about a war against “Nato’s foreign legion”. If the crisis requires stronger action, then this should come from Europe first. After all, this is a war on European soil. Its consequences go well beyond Ukraine, undermining the European project itself. Mr Putin seeks to disrupt the international and economic norms that the EU upholds – norms that are anathema to a chauvinistic Russian regime.

Europe does have leverage, if it chooses to use it. Russia may be a geopolitical giant but its GDP is no bigger than Italy’s. It is dependent on Europe’s financial structures. Yet next to the plunging oil price, the EU sanctions thus far have had a virtually symbolic impact. Cutting Russian banks and companies from the Belgium-based Swift international transaction system would, by contrast, impose a serious jolt. It could be done quickly, but then also rolled rapidly back. It has worked before, against Iran, which entered nuclear negotiations soon after being banned from Swift in 2012. Many businesses would balk at the costs. But these would surely be easier to bear than the enduring damage done by a widening war on the European continent.

Mr Putin regards the EU as a strategic midget. He will respect it only when Russia’s predatory oligarchy is confronted with some red lines. When Mrs Merkel and Mr Hollande head for Moscow, they should put Swift on the table. 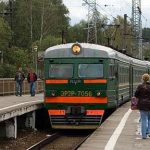 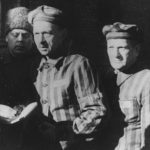 Wars of past and present: Who liberated Auschwitz?Background, Halyna Mokrushyna, Ukraine