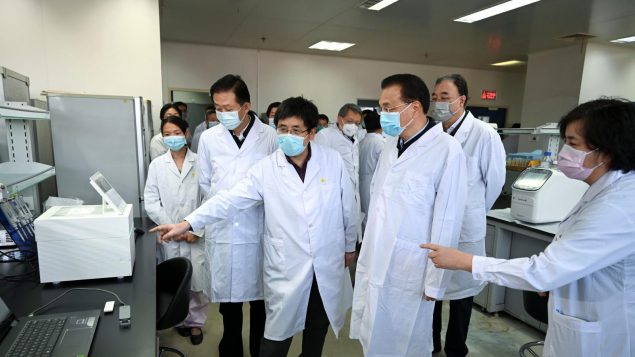 By Hannah Devlin and Ian Sample

We suggest reading these two articles first, to get the whole picture:

An old drug may treat the new coronavirus

A US biotech firm has ramped up production of an experimental drug that has become a focal point for hopes of an effective treatment for coronavirus.

The first clinical trial of the antiviral medicine remdesivir in Covid-19 patients is due to report its findings next month according to Gilead Sciences, which said it had accelerated manufacturing of the drug to increase its supplies “as rapidly as possible”.

As the coronavirus outbreak has unfolded, about 300 separate trials into different drugs and experimental therapies have been launched in the absence of any established treatments. Many see remdesivir, originally developed to treat Ebola, as a frontrunner and one of the very few drugs that has a reasonable prospect of helping patients in the near-term.

“As a therapy, it could potentially help make people’s disease less severe, save lives for those hospitalised, and be used prophylactically for hospital workers and perhaps even in the community to limit spread out there,” said Timothy Sheahan, a virologist who has studied the drug at the University of North Carolina, Chapel Hill. But he added that the wider use of the drug in the unfolding epidemic was “completely contingent on its success or failure in the trials”.

While awaiting these results, doctors in the US, China and Italy are already using remdesivir on a compassionate basis to treat small numbers of patients with severe Covid-19. The first US patient, a 35-year-old man in Snohomish County, Washington, recovered, but the full trials are needed to assess whether the drug reduces the severity of symptoms and, crucially, mortality rates.

David Ho, a Columbia University professor and infectious disease specialist, agrees that remdesivir is the most promising candidate. “In New York, we have one case in our hospital right now and we’re trying to access that drug for our critically ill patient,” he said. The team were waiting to hear back from Gilead about whether the hospital’s request for compassionate use had been approved. Doctors in the UK have been told there is a limited supply of remdesivir available on request.

The drug is being evaluated in multiple trials, the first two of which began recruiting patients in China in early February and another is enrolling patients in the US. Two further trials are due to launch this month in Asia and other countries with high numbers of Covid-19 patients which will compare two different doses of the drug and are expected to report as early as May.

Gilead stressed that it was boosting production “in anticipation of potential future needs” before knowing whether the trial would show the drug to be safe and effective at treating patients with the virus.

Other compounds being tested include the anti-HIV drug Kaletra and other medicines that are normally used to treat hepatitis and malaria.

Kaletra is a combination drug used to control HIV. The drug marries lopinavir, which blocks the replication of HIV, and ritonavir, a compound that boosts lopinavir’s lifetime in the bloodstream by preventing the body from breaking it down so swiftly.

“My personal feeling is that things like Kaletra are not going to be efficacious. I’m sceptical that a very specific drug for HIV protease is going to work against a coronavirus. We did head-to-head studies in mice and cells comparing remdesivir and lopinavir, and lopinavir didn’t work as well,” said Sheahan.

Ho said that trials into Kaletra and hepatitis drugs were worth pursuing, even though he put the “chances of finding something very useful” as low. However, the sheer volume of trials underway, some involving “wacky” therapies that appeared to have little scientific foundation, was proving to be unhelpful. “It’s pretty haphazard,” he said. “Gilead is trying to do two different trials in China, but they’re competing with all these other things going on. They’re actually having some trouble with recruitment now that the case load is decreasing.”

Remdesivir attacks the virus’s ability to replicate in the body and in animal studies has worked against two more deadly coronaviruses, Sars and Mers, particularly when it is given soon after symptoms appear. It has also shown promise when used against a wider variety of coronaviruses, including those that cause the common cold, and others that infect bats and pigs.

The same replication process occurs in all coronaviruses, raising hopes that if the drug works on one, it will work on all. “For this to be useful you have to really catch the virus as it’s ramping up replication in someone’s body and not after too much damage has been done,” said Sheahan. “If you can intervene prior to the virus topping out, there’s a pretty good chance you can improve outcomes and potentially save people’s lives. For Sars and Mers, in upper airway, virus peaks a week to 10 days after the onset of symptoms, so you probably have five to 10 days to intervene after you start to feel crummy.”