Oxford professor Timothy Garton Ash seems keen on a very, very hot war. “Sometimes only guns can stop guns.” Okay, but who is going to fight it? Are you volunteering, Tim? 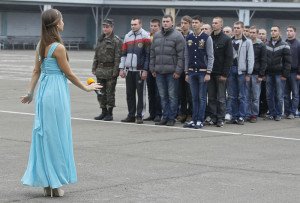 Since the beginning of time, television pundits and other serious thinkers have beckoned the young to die or lose limbs in pointless, illegal wars. Just in the last 15 years alone, our groomed foreign policy experts and think tank fellows have made compelling cases for armed humanitarian interventions in Afghanistan, Iraq, Libya, Syria, and about a half dozen other defenseless nations desperately in need of drone strikes or some other form of Western aid.

Some might think this ancient practice of the privileged few urging everyone else to perish for nothing is outdated—maybe even harmful. Perhaps. But tradition is very important in the United Kingdom. Well-placed sources tell us that wooden mallet-spankings at Eton College are just as regular as they were 100 years ago.

We are beginning to drift into less savory subjects, so let us return to the main agenda item: Writing in The Guardian, Oxford historian Timothy Garton Ash has demanded more weapons for Ukraine and more hostile, Draconian measures levied against Russia. Why? Because Putin is a maniac and “sometimes only guns can stop guns.”

This all makes perfect sense, except…Who’s supposed to use these guns to fight Putin’s invisible Russian army? The Ukrainians? They don’t want them. Ukraine’s Ministry of Defense says that in the latest mobilization, only 20 per cent of those called up for service reported for duty. More than one million Ukrainian men of military age are now refugees in Russia. Mothers don’t want to send their sons to die in a pointless war against an enemy that doesn’t exist, and who could blame them?

Maybe Ash will answer the call to arms? He certainly seems confident in Ukraine’s current leadership, as one of his delightful anecdotes shows:

Last year a Russianist of my acquaintance was sitting naked and at ease in the hot tub with a friend of his in Moscow after several vodkas, as is the Russian custom, when this highly educated Russian asked: “So tell me, honestly, why do you support the fascists in Kiev?”

Ash doesn’t answer the question, because he’s an Oxford professor and he can’t be bothered with questions.

The fact that the current government in Kiev is authoritarian at its core and has neo-Nazi and extremist elements is not even disputed anymore. Now it’s just a matter of “how” fascist the government is. A little bit fascist, somewhat fascist, or very very fascist? This is what scholarly circles are now discussing.

The rest of the article—comparing Putin to Slobodan Miloševic, for example—is not particularly creative. But a real pearl of wisdom comes at the end of his piece:

We need to counter [Russian] propaganda not with lies of our own but with reliable information and a scrupulously presented array of different views. No one is better placed to do this than the BBC.

Of course, the entire piece is bold-faced garbage since it’s based on the completely baseless notion that Russia has invaded Ukraine. But that won’t stop Ash from cheering for further violence and hostilities—which could easily lead to a real war between Russia and NATO.

The loud little handful–as usual–will shout for the war. The pulpit will–warily and cautiously–object–at first; the great, big, dull bulk of the nation will rub its sleepy eyes and try to make out why there should be a war, and will say, earnestly and indignantly, ‘It is unjust and dishonorable, and there is no necessity for it.’

Then the handful will shout louder. A few fair men on the other side will argue and reason against the war with speech and pen, and at first will have a hearing and be applauded; but it will not last long; those others will outshout them, and presently the anti-war audiences will thin out and lose popularity. Before long, you will see this curious thing: the speakers stoned from the platform, and free speech strangled by hordes of furious men who in their secret hearts are still at one with those stoned speakers–as earlier–but do not dare say so. And now the whole nation–pulpit and all–will take up the war-cry, and shout itself hoarse, and mob any honest man who ventures to open his mouth; and presently such mouths will cease to open.

Next the statesmen will invent cheap lies, putting the blame upon the nation that is attacked, and every man will be glad of those conscience-soothing falsities, and will diligently study them, and refuse to examine any refutations of them; and thus he will by and by convince himself the war is just, and will thank God for the better sleep he enjoys after this process of grotesque self-deception.

We can’t allow this to happen.

Ukrainian singer and People’s Artist Nina Matviyenko speaks against the civil war in Ukraine at a rally in Kyiv on January 25. ‘We must turn our arrows against those liars who send our sons to war.’ 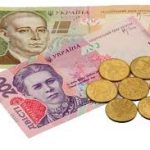 Default will not be declared in UkraineBackground, Ukraine 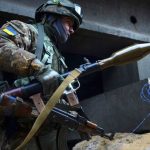