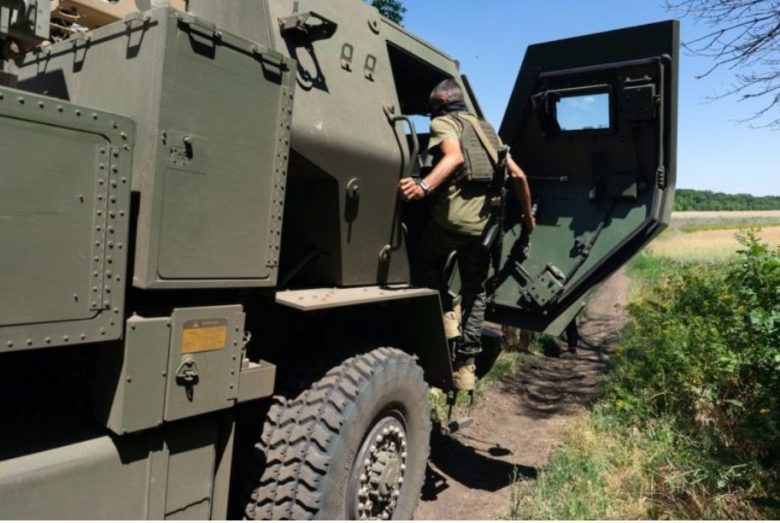 A HIMARS vehicle on deployment in Eastern Ukraine (File photo)

Reading and rereading the US President Joe Biden’s statement last Monday on Ukraine Independence Day, one is reminded of English poet John Keats’ immortal line, ‘Heard melodies are sweet but those unheard are sweeter.’ Three things are striking. Biden repeatedly invoked the abiding nature of the US’ relationship with the Ukrainian people. But in the entire statement, he never once mentioned the Ukrainian government or the  leadership of President Volodymyr Zelensky. A careless omission?___________________________

Reading and rereading the US President Joe Biden’s statement last Monday on Ukraine Independence Day, one is reminded of English poet John Keats’ immortal line, ‘Heard melodies are sweet but those unheard are sweeter.’ Three things are striking.

Biden repeatedly invoked the abiding nature of the US’ relationship with the Ukrainian people. But in the entire statement, he never once mentioned the Ukrainian government or the  leadership of President Volodymyr Zelensky. A careless omission?

Second, Biden underplayed to the point of ignoring the intense US-Ukraine partnership at state-to-state level. The regime in Kiev is unthinkable without robust US support. Third, most important, Biden was silent on the war as such, which is at a decisive stage at present.

As recently as on August 18, twenty prominent American national security professionals urged the Biden administration to “to produce a satisfactory strategic narrative which enables governments to maintain public support for the NATO engagement over the long term… (and) move more quickly and strategically, in meeting Ukrainian requests for weapons systems.”

But Biden neatly sidestepped all that. Even when he spoke of the latest tranche of arms for Ukraine worth $2.98 billion, Biden expressed the hope that the weapon systems may ensure that Ukraine “can continue to defend itself over the long term.” (Emphasis added.)

American analysts estimate that the $2.98 billion weapons package is radically different in its dispensation mechanism. Thus, while military aid hitherto was drawn from pre-existing stockpiles of US weaponry and equipment, this time around, the aid package will be purchased or ordered from defence contractors.

John Kirby, the spokesman for the National Security Council, admitted to reporters that some of the aid in the latest package could be dispensed more slowly than other parts of the package depending on defence contractors’ current stocks. He vaguely said, “It’s going to depend, quite frankly, on the item that we’re talking about. Some stuff probably will still need some production time to develop.”

In effect, the military-industrial complex may have more to celebrate in Biden’s announcement than Zelensky. The Biden administration is moving away from depleting US current stockpiles, as European allies are also doing.

“This means that the U.S. ability to provide equipment rapidly may be diminishing… The administration may need to ask Congress for more money soon. Although the bipartisan consensus for supporting Ukraine remains strong, there may be a fight with the progressive left and isolationist right about the wisdom of sending money abroad when there are pressing needs at home.”

This is almost the same dilemmas that the US’ European allies are facing. The prestigious German think tank, Kiel Institute for the World Economy reported last week: “The flow of new international support for Ukraine has dried up in July. No large EU country like Germany, France, or Italy, has made significant new pledges.”

It said the EU commission is pushing for larger and more regular aid packages to Ukraine, but the enthusiasm is lacking at the member country level — “Major EU countries such as France, Spain, or Italy have so far provided very little support or remain very opaque about their aid.”

Waning domestic support is the main factor. Even in Poland, there is “refugee fatigue”. The inflation is the all-consuming concern in the public opinion. The German magazine Spiegel has reported that Chancellor Olaf Scholz is facing dissent within his own party ranks from those who want Berlin to stop providing Kiev with weapons and instead want the chancellor to engage in dialogue with Russia.

On Thursday, Chancellor Scholz made a significant remark at a public event in Magdeburg that Berlin will not provide Kiev with arms that could be used to attack Russia. Scholz explained that Berlin’s goal in sending weapons is to “support Ukraine” and “prevent an escalation of the war into something that would be very different.” He said he was echoing Biden’s thinking.

Indeed, while on the one hand, the United States continues to exert military pressure on Russia, hoping to break the resistance of its long-term strategic adversary, on the other hand, over the past two months, Washington has repeatedly signalled that it is not seeking victory, but a final solution to the Ukraine problem through peaceful negotiations.

As in Germany, there is a huge amount of anti-war pressure in the US too, especially among Democratic Party and the academic elite, as well as retired high-ranking officials and business executives, calling on the administration to stop heating up the situation around Ukraine. if the Democrats lose the midterm elections, or if the Republicans come to power in 2024, then the war could take a fundamentally different turn. Over time, similar changes are highly likely to occur in Europe too.

Already, the steady decline in the intensity of the impact of European and US sanctions against Russia speaks for itself. The Economist, which is a virulent critic of the Kremlin, admitted this week that the expected knockout blow from anti-Russia restrictions “has not materialised.” The magazine wrote: “Energy sales will generate a current-account surplus of $265 billion this year (for Russia), the world’s second-largest after China. After a crunch, Russia’s financial system has stabilised and the country is finding new suppliers for some imports, including China.”

On a sombre note, the Economist wrote, “The unipolar moment of the 1990s, when America’s supremacy was uncontested, is long gone, and the West’s appetite to use military force has waned since the wars in Iraq and Afghanistan.”

Again, internationally, the support for Ukraine outside of the western bloc has dropped dramatically in the recent months. Kiev’s proposal on Wednesday to condemn Russia attracted the backing of just 58 out of 193 UN member states, whereas, at the March 2 UN GA session, 141 member countries had voted for a non-binding resolution to condemn Moscow.

Equally, Zelensky’s teflon coating is peeling off. His drug addiction is out in public view. The regime is shaky, as the wave of purges in the Ukrainian security establishment shows. According to Turkish President Recep Erdogan who met Zelensky in Lvov recently, the latter sounded insecure and unsure whether he is being fully kept informed of the ground situation.

Zelensky’s erratic behaviour is not exactly endearing him, either. Pope Francis is the latest figure to be chastised by Kiev — because the Pontiff remarked that Darya Dugina was “innocent.” The Vatican ambassador was summoned to the foreign ministry to receive Kiev’s protest.

The German daily Handelsblatt wrote today that the “internal cohesion” of the Ukrainian government “is in danger. There are serious allegations against the president… At home, the Ukrainian president, who is celebrated abroad as a war hero, is under pressure… The comedian has become a warlord… The 44-year-old has so far been able to switch and act freely with his team, which is partly made up of colleagues from his television production company. But the grace period now seems to have expired.” The daily forecast an approaching political upheaval by winter.

Biden carefully distanced himself from the Kiev regime and focused on the people-to-people relations. Even if the Americans know the Byzantine corridors of power in Kiev, they cannot afford to be explicit like the former Russian president Dmitry Medvedev who predicted last week that the Ukrainian military may stage a coup and enter into peace talks with Russia. 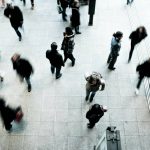 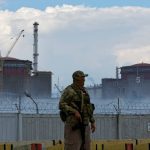