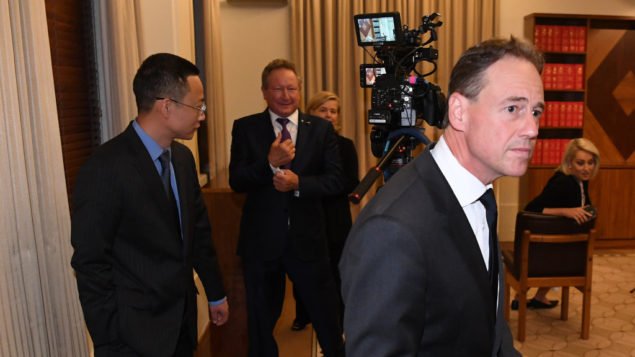 This audacious bid to mend a deteriorating political relationship between Beijing and Canberra follows increasing pressure from corporate leaders for Australia to back down on its public threats to pursue China’s role in the coronavirus outbreak.

Billionaire miner Andrew Forrest has been accused of ambushing the Australian government after he parachuted one of China’s top diplomats into an official event, blindsiding Health Minister Greg Hunt.

Mr Forrest, the Fortescue chairman, surprised Mr Hunt by inviting China’s consul-general for Victoria Zhou Long to speak alongside him on Wednesday after he secured 10 million coronavirus tests from China, a 20-fold increase in Australia’s testing capacity.

The audacious bid to mend a deteriorating political relationship between Beijing and Canberra follows increasing pressure from corporate leaders for Australia to back down on its public threats to pursue China’s role in the coronavirus outbreak.

Beijing has spent the past week accusing Australia of being a bully pushing US interests in the region and warned Chinese consumers could walk out on Australian brands if it continues to lobby for a global independent inquiry into the disease.

Mr Hunt did not introduce Mr Zhou and did not allow him to take questions. The Foreign Minister’s Office and the Prime Minister’s Office also were not informed of Mr Zhou’s attendance at the media event, which was held at the Commonwealth Parliament Offices in Melbourne.

Mr Zhou used the opportunity to repudiate the Australian government’s criticisms and praise China’s handling of the crisis. The consul-general said China had worked in an “open, transparent and responsible” manner with the World Health Organisation.

Government sources said the hijacking of the press conference could work in Australia’s favour by demonstrating it was willing to put a week of escalating tensions behind it.

Mr Forrest, who has made significant investments in China through iron ore, urged Australia and global health authorities to delay any inquiry into the virus until after the US election in November and said it should not just be focussed on China.

Victorian Liberal senator James Paterson said Mr Forrest “is worth listening to on how to run a successful mining company. I don’t think the government will be following his advice on foreign policy.”

Another Liberal MP, Tim Wilson, said “in a diplomatic disagreement it’s a pretty basic expectation for Australians to be loyal and back their own, not invite a platform for a foreign spokesperson”.

Other MPs said Mr Hunt was clearly ambushed and given little warning.

“We were able to protect supply chains for this extremely rare equipment and have Andrew deliver it straight to Australia,” he said.

The privately sourced kits will see Australia’s testing capacity bolstered by 10 million more tests as it looks to expand asymptomatic testing and re-open the economy. As of Wednesday, Australia has conducted more than 500,000 tests.

Tony Battaglene, chief executive of industry group Australian Grape and Wine, said he was concerned about the ongoing broader diplomatic spat between China and Australia being played out in public.

“[The market] is even more important now with COVID-19, in that China is going to be the first export market to recover in the world and we need to be in a position to take advantage of that. Because that will drive our recovery,” he said.

China is going to be the first export market to recover in the world and we need to be in a position to take advantage of that.

“I don’t think tit-for-tat stuff through the media is the right way to treat a respected trading partner. And I think if Australia wants to talk about these things then it needs to actually go to China individually, or else work through a coalition with the UN.”

Bega Cheese chairman Barry Irvin said he hoped the dispute would be resolved and “good relations are restored in a reasonable amount of time”.

“We discussed this issue,” he said. “The Europeans are bringing forward a motion on this matter at the world health assembly. I think it is a very good motion.”

“The reality is Australia thinks it’s prudent and sensible for there to be an independent and transparent investigation into the origins of this global pandemic that has killed thousands and thousands of people across the world,” he told Sky News. 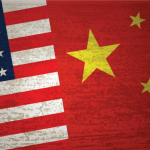 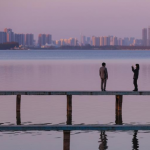 Did the Chinese government deliberately export COVID-19 to the rest of the world?China, COVID-19 Corona virus, Issues