The majority of the Greek media believe their prime minister’s visit with the Russian president went well, on the whole – but the lack of concrete results hasn’t gone unnoticed. Jannis Papadimitriou reports from Athens. 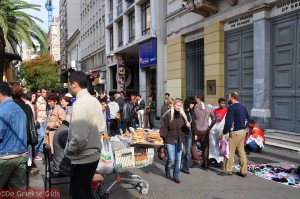 “Gas and some sympathy” is the headline in the center-left Efimerida ton Syntakton (The Journalists’ Paper), while Athens’ largest-circulation paper Ta Nea (The News) concludes that there were “Hardly any concrete results.”

The authors of the commentaries emphasize that Tsipras and Putin talked for three hours – far longer than expected. But they do also point out the lack of any concrete result, apart from an “action plan” for 2015 and 2016, and a joint declaration to mark the day of remembrance for the end of World War Two.

“It’s true that no concrete, practical result seenms to have come out of this meeting,” said Thanos Dokos, the head of the Athens think-tank ELIAMEP, in an interview with DW. Even the hoped-for easing of the Russian embargo on Greek fruit and vegetables will have to be “checked” first, Dokos pointed out. In any case, he added, the prospect of Greece participating in a new pipeline to bring Russian gas to Western Europe is a very long-term prospect, and as far as potential Russian investment in Greece is concerned, this has so far not gone beyond a general declaration of interest.

The most promising prospect for both sides right now is Greek involvement in plans by the Russian energy company Gazprom for a gas pipeline – working title “Turkish Stream.” The idea is for a pipeline to circumvent Ukraine, transporting Russian gas via the Black Sea and Turkey to the West from 2019 onwards.

Citing government sources, the Athens financial newspaper Naftemporiki claims to have learned that Moscow is enticing the Greeks, trying to secure their involvement in the project, with promises of “advance payments” on future profits from the international gas trade. The weekly newspaper Proto Thema goes a step further: It raves about an “immediate injection of funds from Moscow” and a “meeting of historic significance” between Tsipras and Putin.

Yet Greece is already involved in the TAP pipeline project, which it is anticipated will transport gas from Azerbaijan via Greece and Albania to southern Italy from 2019 onwards – circumventing Russia. That’s not a contradiction, though, according to Russia expert Konstantinos Filis, a professor of international relations in Athens.

“Involvement in the TAP project by no means excludes participation in a different project, too,” he says. “What is crucial, though, is that they take their European partners’ potential concerns into consideration, make sure they have enough potential customers for another pipeline, and also settle the question of financing – because neither Greece nor Russia is willing and able to bear the costs of such a project alone.”

At the joint press conference with Putin, the Greek leader criticized “the logic of sanctions” against Russia in connection with the crisis in Ukraine – yet he continues to be part of this logic. At any rate, Tsipras has not exactly signaled his intention to take the first opportunity to vote against the EU sanctions.

“It’s certainly legitimate to have a nuanced perception of the sanctions,” the analyst Alexis Papachelas commented on the Greek television channel Skai. “To break away completely from the EU line would, however, be a dangerous game. But that’s precisely what Tsipras did not do in Moscow.”

Vladimir Putin’s behavior was correspondingly diffident. He announced that it would not be possible to make an exception for Greece regarding the food embargo against the EU. However, the news portal Tovima.gr claims to have information that Greece and Russia are currently working on setting up joint ventures that would be allowed to circumvent the embargo. To this end, Tovima.gr writes, Russian food inspectors will be carrying out quality controls in Greece over the coming weeks. It also claims that Moscow is planning something similar in Hungary and Cyprus.

Greek Prime Minister Alexis Tsipras is expected back in Russia in June at the latest, when he will be a guest of honor at the St Petersburg International Economic Forum. 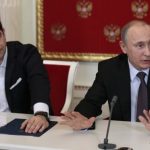 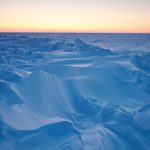